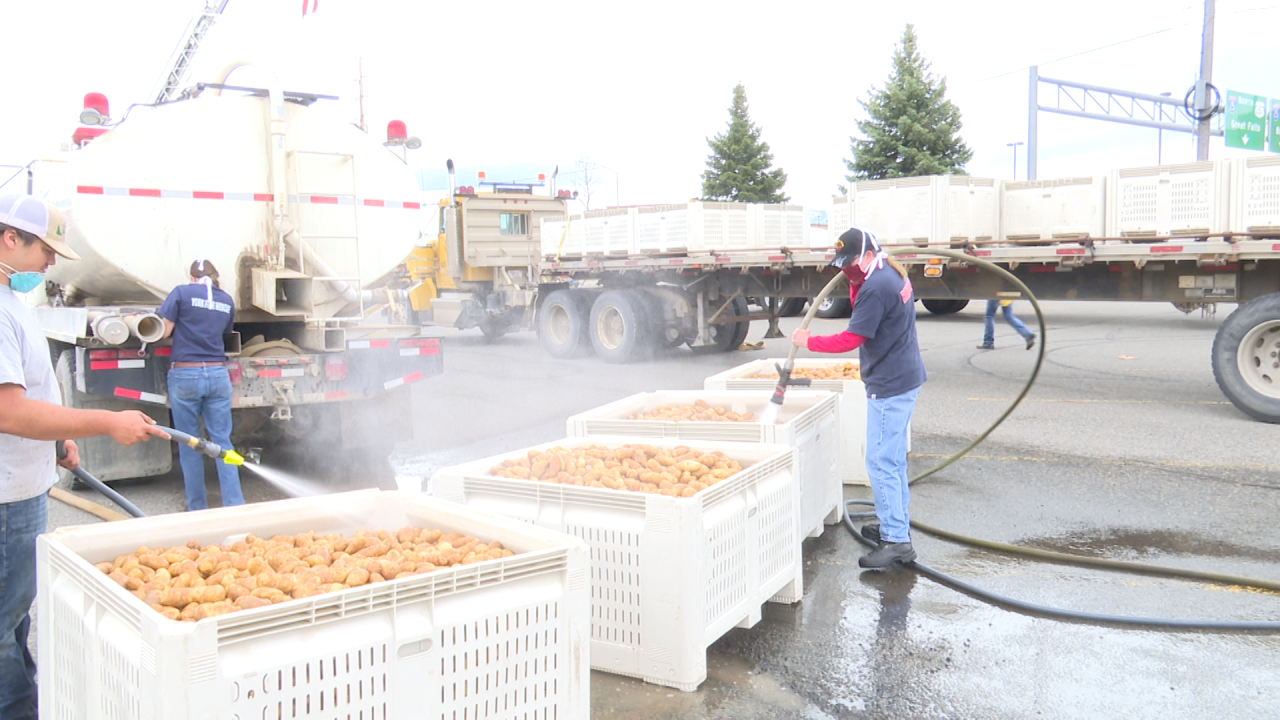 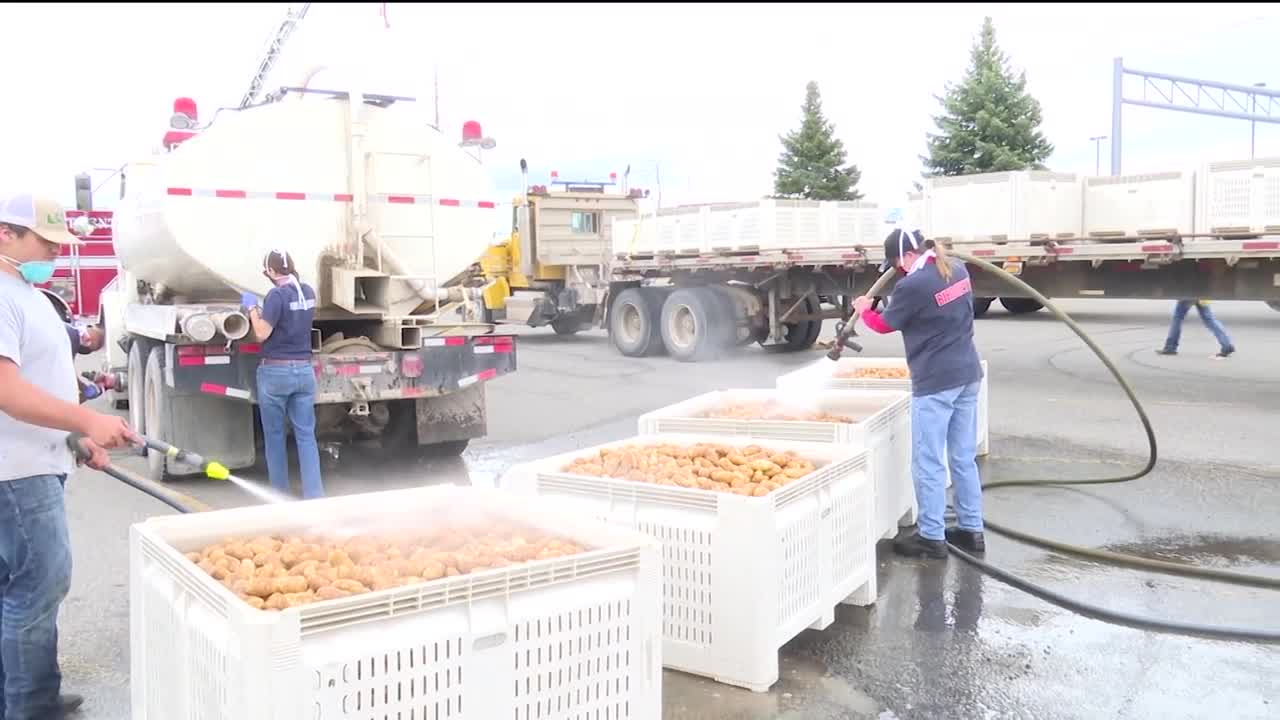 A potato giveaway was held in Helena as part of the Great Montana Potato Drive.

"Really, it's a message of hope and helping your neighbors. COVID-19 has impacted a lot of Montanans, some good but mostly bad. It's been a struggle with all the business closures, so its really about the community coming together," says Matt Amble, Veterans Affairs Director for United States of Hope.

Matt represents one of four veteran, non-profit organizations involved in this potato giveaway: United States of Hope, United After Duty, Joint Operation Mariposa, and United Veterans Council. They estimate they will give away about 40,000 pounds of potatoes across multiple Montana cities.

Although some would say it's great that these potatoes are being given out, Montana Seed Growers continue to suffer during this pandemic. Speaking with one farmer, he said that the potato load in Helena alone is about a $9,000 loss in revenue.

"Instead of throwing these potatoes away, we're more than happy to give them to people who are in need but realize also that there is a significant loss as farmers, we're facing here. The longer this goes on, the more suffering that our food system and that our food chain is going to have," says Joe Dooling, a Helena farmer.

Hand sanitizer was also given out at the event along with the potatoes.