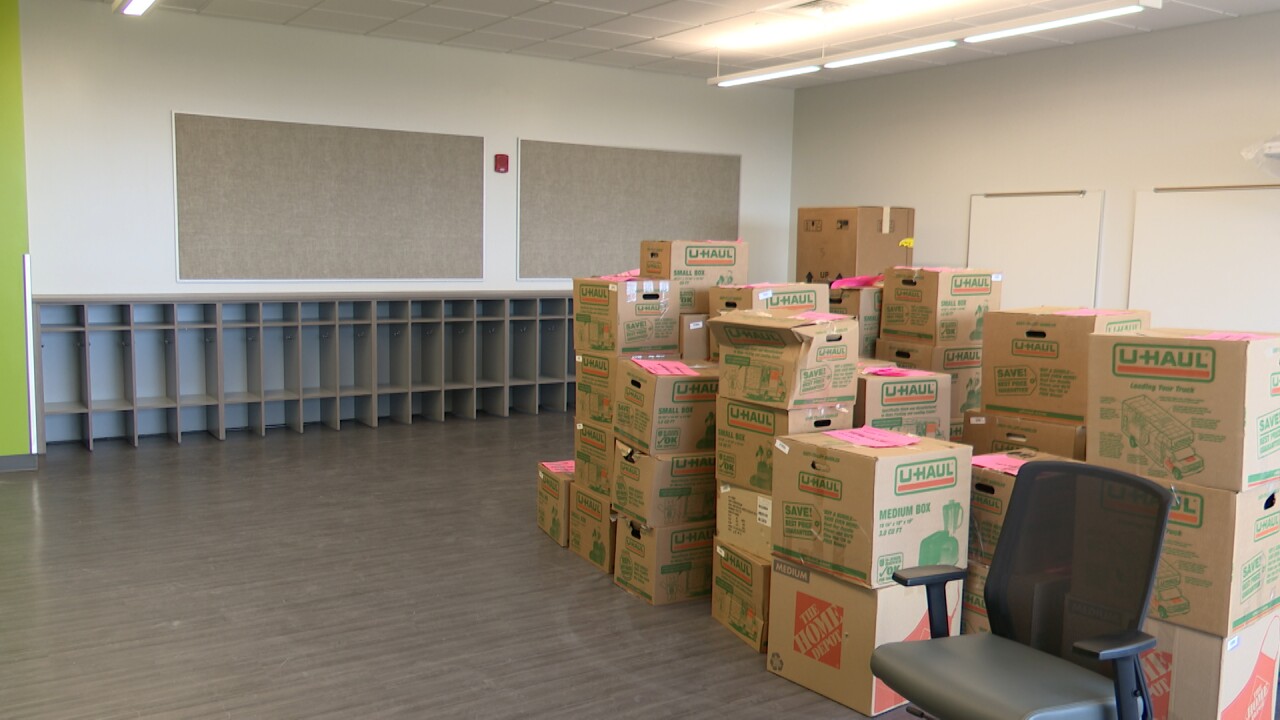 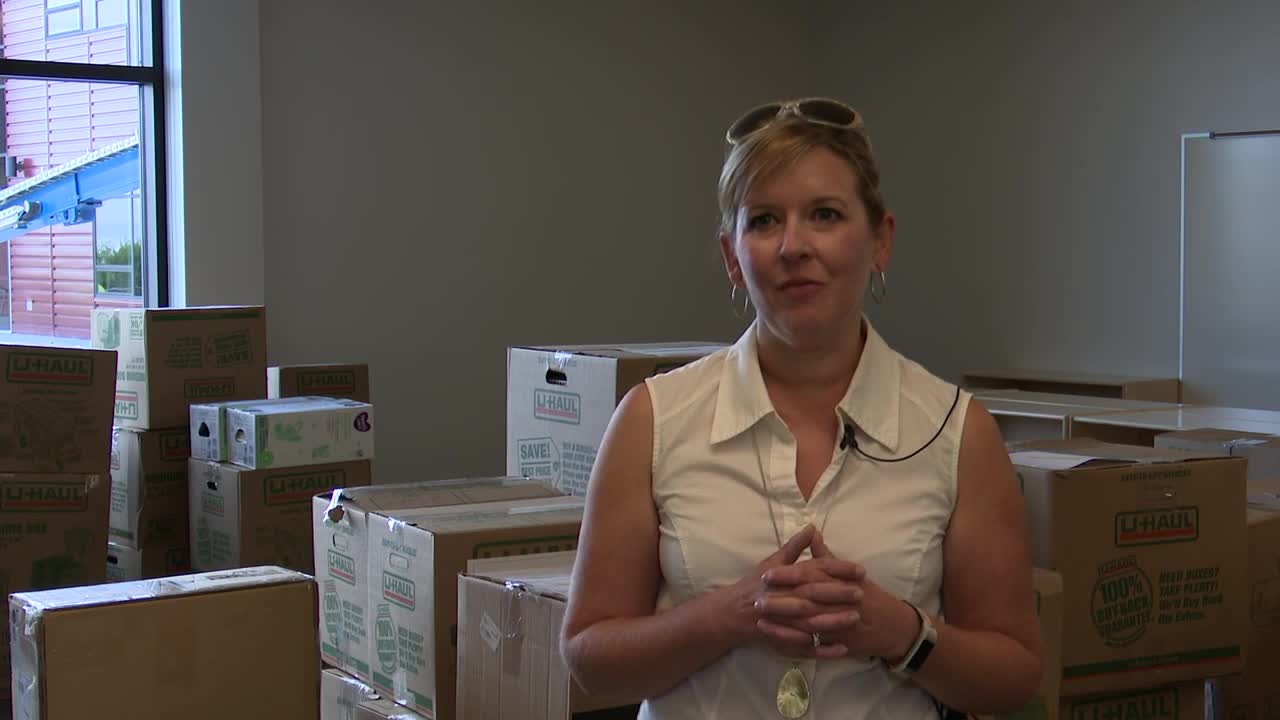 “This is the first day our teachers and staff have joined us in the building, so it’s a really exciting day, to watch their reaction as they come into the school,” said Superintendent Tyler Ream.

Teachers at Central, Bryant and Jim Darcy Elementary got the first official look at their future classrooms. Many of the rooms were full of boxes, as teachers started to unpack the materials that had been put in storage when they moved out of their old buildings.

Amy Casne-Fetz, who teaches first- through third-graders in Central School’s lower Montessori class, had more boxes than most: 108, because of Montessori education’s focus on hands-on materials. She said she loved the old Central, but that she’s excited to share the new space with her students.

“I like the built-in cubbies; we didn’t have that before,” she said. “Having a sink in the room is going to be amazing; I never had a sink before. So I guess there are some trade-offs, but overall, this is amazing.”

Casne-Fetz is also excited about the new building’s shared spaces, which give teachers more opportunities to work together.

The three new schools were made possible by a $63 million bond issue that Helena School District voters approved in 2017. It was the first time in decades that the district had built a new school building.

“We haven’t actually done this in some time as a district, so to watch teachers’ faces as they’re walking in and seeing this finished product that’s going to be their new home for the next 100-plus years is pretty amazing,” said Bryant Elementary principal Trish Klock.

Jim Darcy’s new building provides much-needed additional classrooms and more space, to serve students in the fast-growing North Valley area. It will now house up to 500 students, far more than the previous building was designed for.

The new Bryant replaces an 80-year-old building that was undersized and beginning to see infrastructure failures. Leaders also expanded its campus, which had been by far the district’s smallest.

The new Central School means teachers and students can finally return to their neighborhood, more than six years after they were evacuated from the historic Central building over concerns about earthquake safety. Since 2013, Central had been operating out of the former Lincoln School campus, on the other side of town.

Casne-Fetz has been teaching at Central for about ten years, and her own kids also attend the school. She said the evacuation has been hard on families and employees alike.

“It’s been very emotional,” she said. “I walked into the gym first and saw the Central Tigers in the middle of the gym floor, and I just started crying because it’s been such a long journey.”

There is still work to do at each of the three schools, especially landscaping. Workers were putting the final touches on the insides of the buildings even as teachers started moving in. But Ream said everything is on track to be ready for students by the start of the school year, Aug. 28.

“In our meetings, we often refer to, ‘We’re 26.1 miles at this point,’ so we’re right there at the finish line of this promise that we made to the community,” he said. “The community’s generous support of our schools allowed us to do this for our students and for our families, and so it’s really exciting to be this close.”

The school district will hold ribbon-cuttings at each new school on the afternoon of Friday, Aug. 23. On Saturday, Aug. 24, they will welcome the public throughout the day for open houses.

With the work almost complete, administrators and teachers alike thanked the community for making these new schools a reality.

“This is absolutely amazing that we get the opportunity to do this,” said Klock. “Our kids are going to have amazing opportunities in these buildings, and that is thanks to the many voters out in the community that made this possible for us to even do this.”