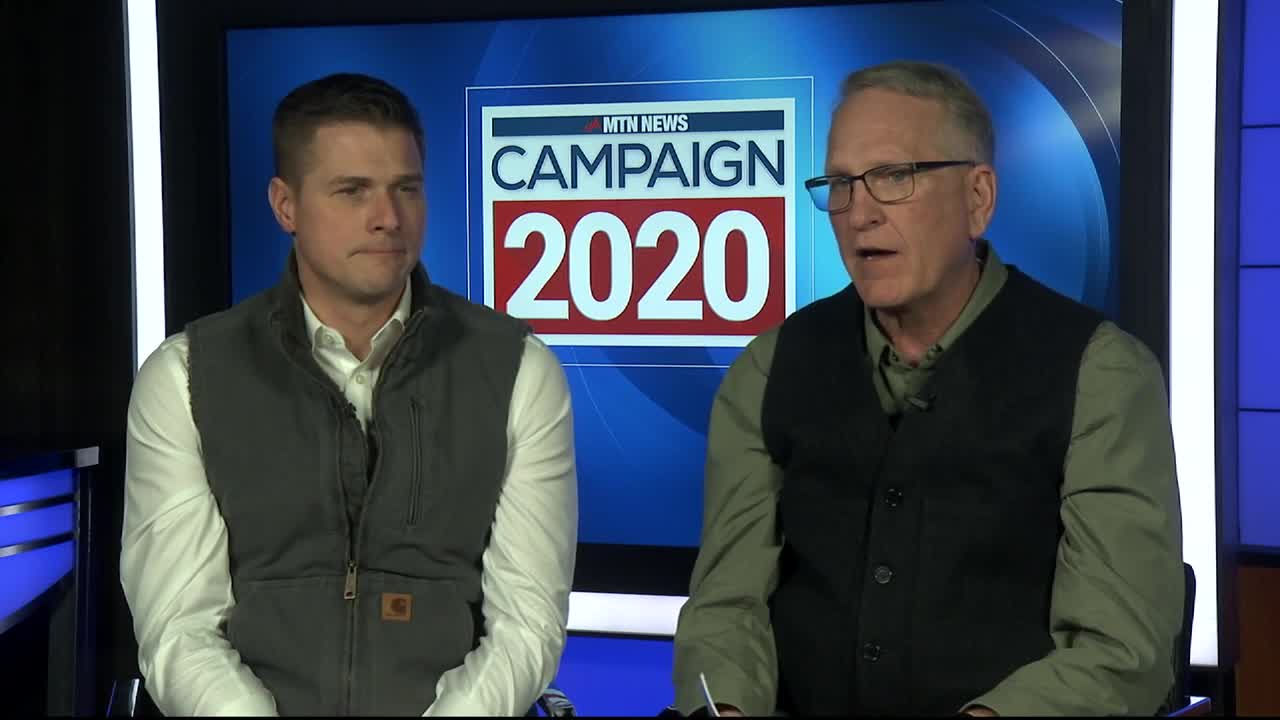 Montana Attorney General Tim Fox is confident that voters will rally behind him in the GOP primary election for governor as he rolled out his proposed policy for agriculture at a campaign event in Billings Tuesday.

Fox and running mate Jon Knokey stopped by the Q2 studio to talk policy and the race for the governor's mansion.

Fox and Knokey unveiled the first of 14 pillars in their "Montana United" plan, a strategy for the future of the state. Fox says his campaign spoke with 500 Montanans to help construct the strategy.

“It is a strategy for the future for Montana. Rather than have a top-down program, where two of us sit down and figure out what we want to do, we’ve engaged over 500 people across the state ... coming up with strategies in not only agriculture, but healthcare, education, senior citizens. So many different things that are important to Montanans,” Fox said.

To help move toward his goals, Fox said his unifying leadership would set the example.

"First and foremost, the people in the statehouse have to be advocates for what makes Montana great. They have to be unifiers. Polarizing leaders are not effective at bringing people together to find a way forward. And so I think that’s the first thing that we bring to this ticket, is people who will listen thoughtfully and who will draw folks together to find the way forward," Fox said.

In order to have a strong showing in the November general election, Fox believes the Montana Republicans should send a candidate who can win.

"We need to elect a governor that can actually take back the governor's seat. We need to get a Republican out of the primary that will win in November. Tim is that guy," Knokey said.

Knokey mentioned how in Fox's 2016 Attorney General run, he won 54 of 56 Montana counties, or 67 percent of the vote.

"He won 53,000 more votes than Donald Trump in Trump country. And he got 96,000 more votes than Congressman Greg Gianforte when he was running for governor. To put that in perspective, that’s one third of the voters checked him and not his opponent," Knokey said.

“One of my opponents in this race will quickly say, ‘well, in 2016 you had a token opponent.’ How do you get a token opponent when you’re in a re-election campaign? It’s because you’ve done such a great job, and people trust and believe in you that they are going, not only to vote for you, but the opposition can’t come up with someone viable to run against you because you’re pretty much unbeatable," Fox said.