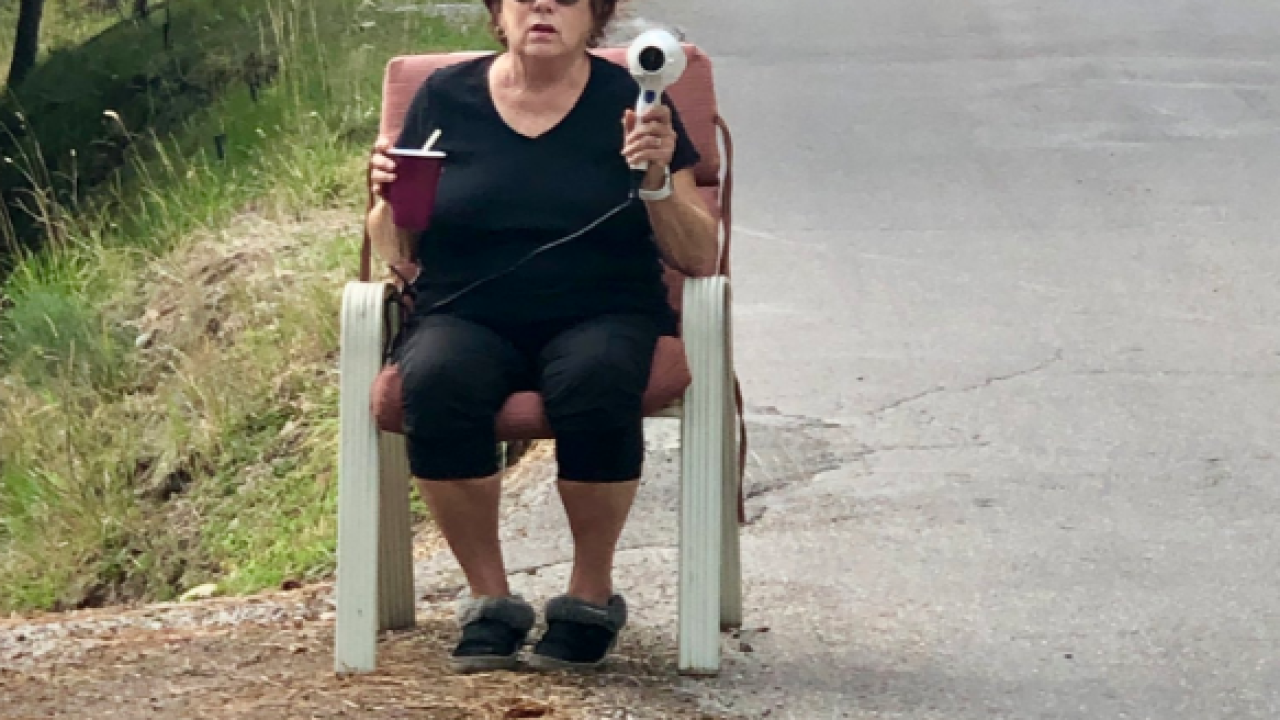 Mother and Grandmother Patti Baumgartner was tired of cars zipping down South Finely Point in Polson.

She tells MTN she was worried about her grand kid's safety when they went for walks down the road.

So, she took matters into her own hands.

Baumgartner sat on the side of South Finely Point holding a white hair dryer, pointed at cars. The hope was that the hair dryer would look like a speed gun and slow people down.

"We were talking about maybe something would slow the cars down. So, we decided to put me in a chair and I guess use the hair dryer as a speed thing," explained Baumgartner.

Patti's son Tim took a picture of her with the hair dryer and tweeted it out to Montana Highway Patrol Trooper Noah Pesola, hoping to catch his attention, and it did.

"I thought it was hilarious, I think that we have a speed issue in Montana and I thought it was a great creative idea for the public to try and combat that a little bit without making people too upset," said Trooper Pesola.

Trooper Pesola liked it so much he gave Baumgartner a special title, "Honorary Montana Trooper."

"It's not an official (title) or anything like that for the honorary trooper, which is kinda what I called it. I didn't know what else to do for her, when she's doing something for the community and like she says she's got grand kids in the area so she's doing something for her grand kids benefits. The best thing I could think of was give her a trooper hat and a badge to make her look a little more official," explained Trooper Pesola.

While Baumgartner couldn't tell if her white hair dryer really slowed cars down, she plans on using the hair dryer again to bring awareness to speeding cars.