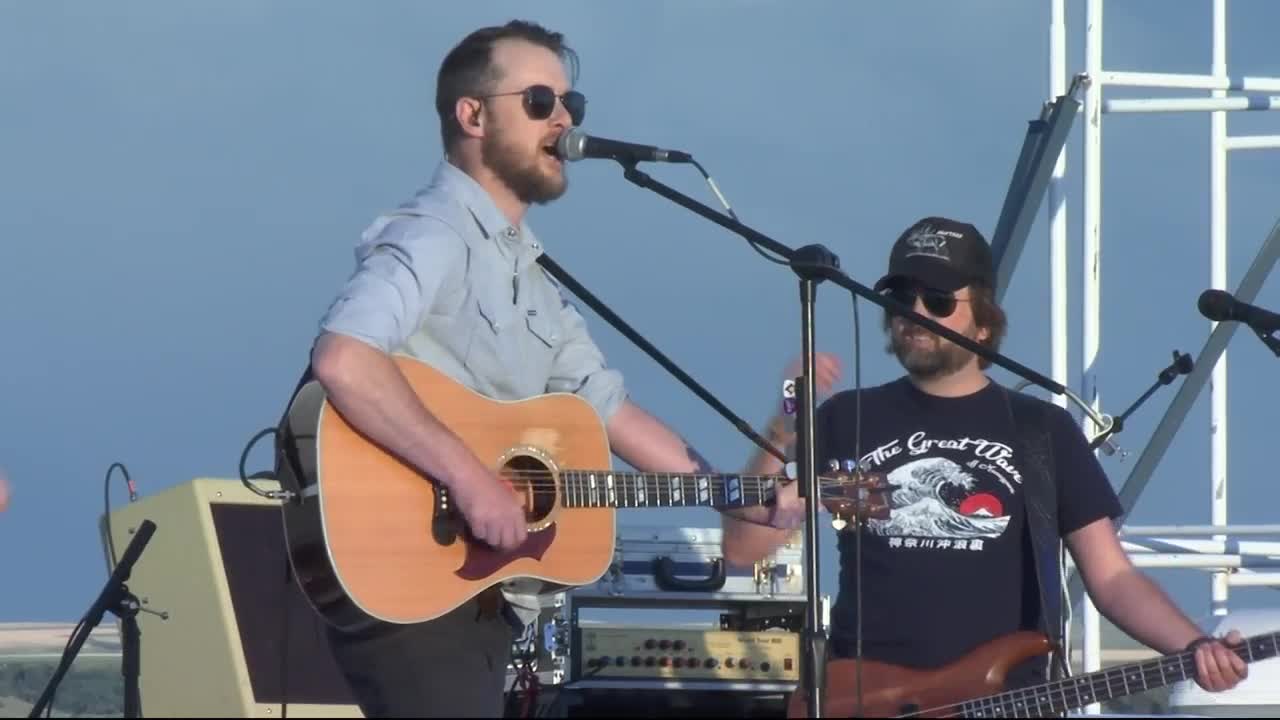 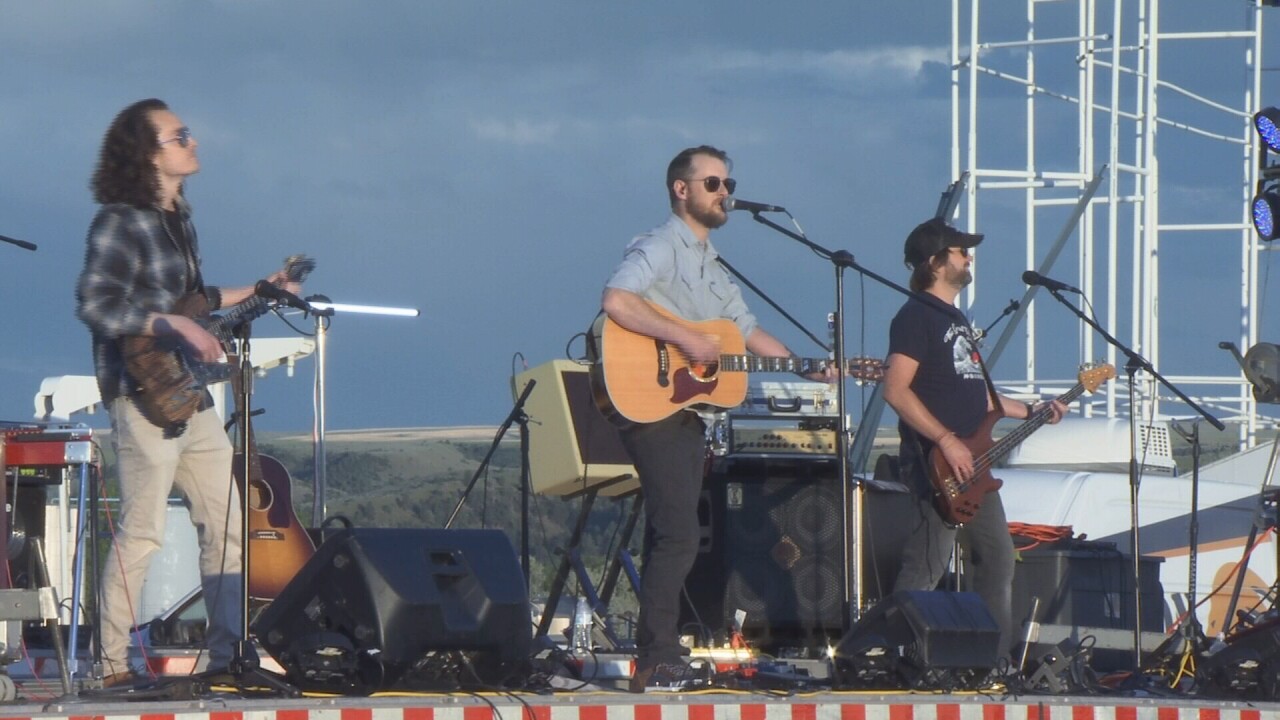 "Calvin and the Coal Cars" and "Matt Strahan and the Hoot Owls" performed with social distancing for "Flat-bed Friday Night."

There were no movies on the big screen, but the two country music bands planned to project the concert when it was dark enough.

"This is one of the more exciting setups I've ever seen," said Lee Calvin, lead singer for the Coal Cars. "All the vehicles parked in here waiting for live music. Not as many people as we've played for, but certainly the most fun I've had ever had doing this."

"Tailgates down, lawn chairs in the back of trucks, coolers out kind of thing, which I think is very Montana," Strahan said. "And so it's really cool to be a part of this. We've never done anything quite like this."

"We love watching Calvin and the Coal Cars, listening to their music, and we decided to to take in a show this summer," said spectator Hilary Harriet.

"Just to be out and socialize and talk to people," said Pierre Harriet, Hilary's husband. "Obviously to have a news crew come say hi to us, is pretty rare. I'm going to say that right off the bat. It's really nice to get out in the fresh air. "

"I would say we're kind of along the lines of Americana," Calvin said. "We're just writing stories about the American condition."

"It's inspiring," Strahan said. "We were just over at the van talking and we were like we've got to keep going with this, so we're excited to see where we can bring it next."

"Calvin and the Coal Cars" members are from Red Lodge and Billings.

"Matt Strahan and the Hoot Owls" is based in Helena.