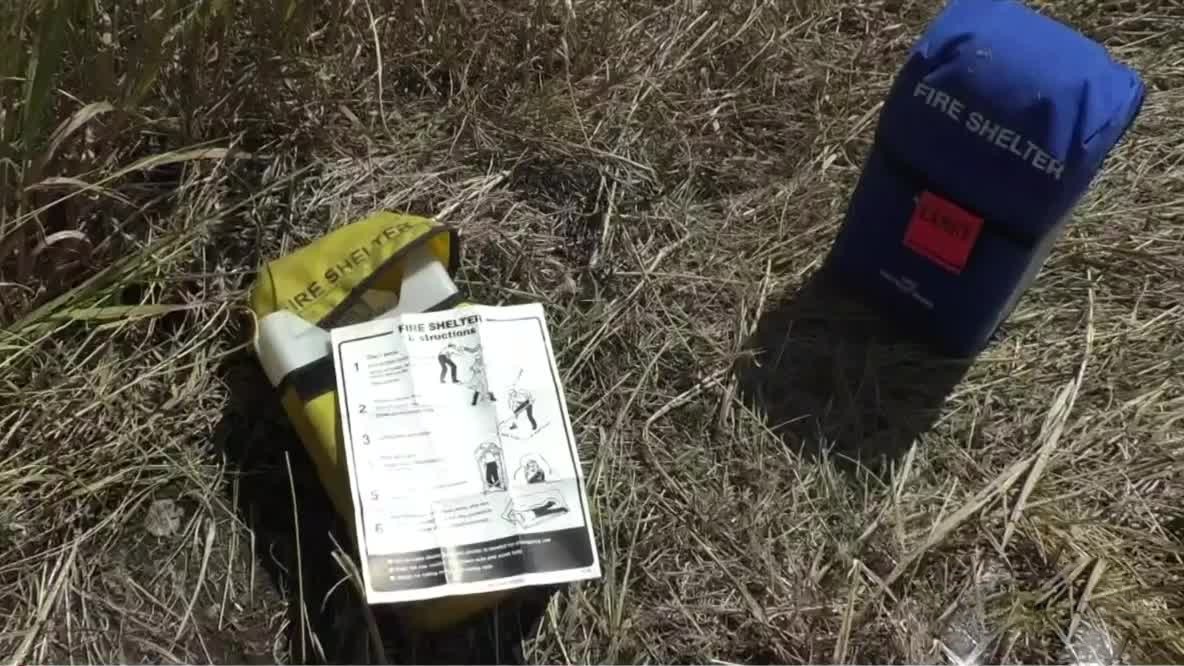 This looks like an ordinary blue box. But what’s inside this box saved the lives of three firefighters when they became trapped inside the Bridger Foothills Fire, surrounded by flames.

“It’s kind of, it’s a last line of defense. So, if you pull out your fire shelter, all other escape options have been exhausted,” explained Paige Cohn with the Department of Natural Resources and Conservation (DNRC).

On Saturday, Sept. 5, three DNRC firefighters had to deploy their shelters as flames quickly surrounded each of them.

“A fire shelter is an aluminized piece of cloth, so it reflects heat when in the fire and then it also creates a breathable volume of air for a firefighter when they’re inside the tent,” Cohn said.

Firefighters had to wait until the fire burned through their area, and we’re not talking about a couple of minutes.

The fire shelters weigh about 5 to 7 pounds, so imagine this strapped to you with all your other gear. It can get pretty heavy.

“The deployment of fire shelters is a pretty stark reminder to all of us that wildland firefighting is an incredibly dangerous occupation, and that we should all be incredibly thankful for the men and women who come to Montana to protect our communities, people and values here.”

Which serves as a reminder to us all.