The F-35, an advanced stealth fighter aircraft and Montana made 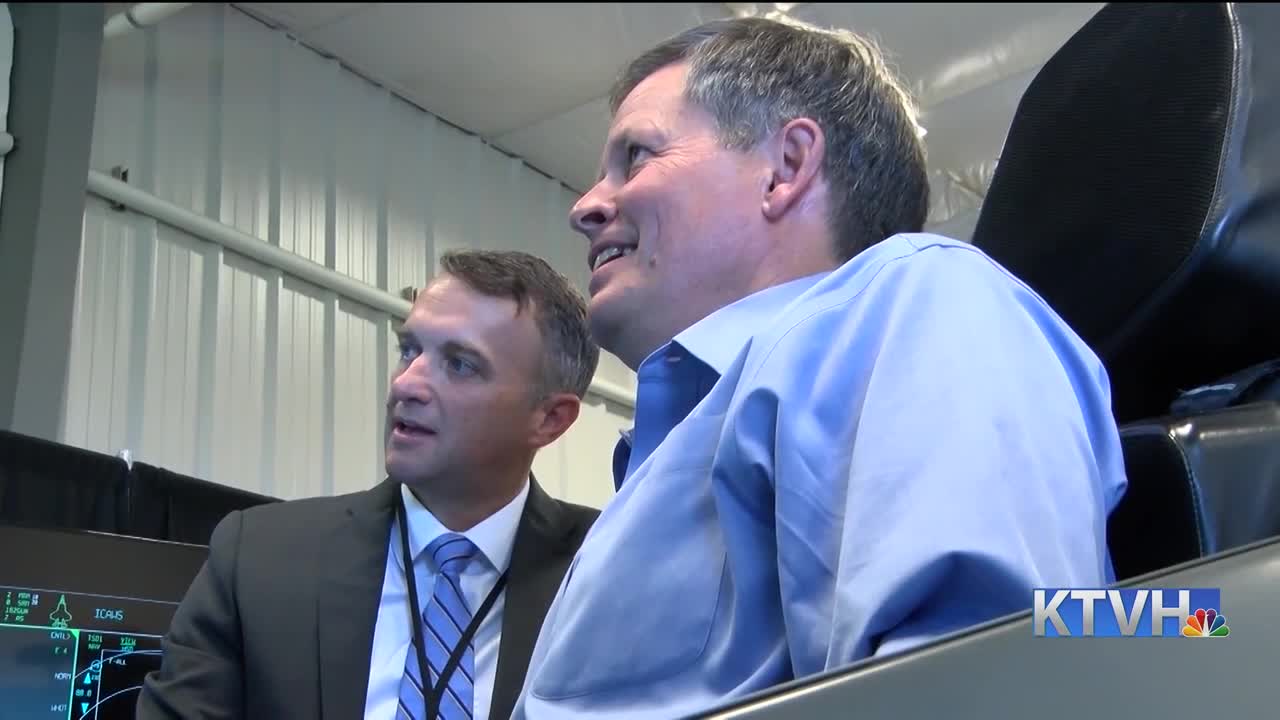 The Lockheed Martin F-35 Lightning II is an expensive aircraft used by many branches of the armed forces, and it wouldn't be possible without a Montana-based company.

Montana congressional leaders were at the Helena Regional Airport on Monday, where they were given the chance to virtually pilot the F-35 fighter jet.

Pioneer Aerostructures, based in Helena, makes the bulkheads that support the F-35 and is one of three companies in the state to make parts for the aircraft.

"It's now on the shoulders of Congress to ensure that we buy enough of these aircraft and deliver them fast enough," said Congressman Greg Gianforte, R-Montana.

The F-35 one of the U.S. federal government’s biggest and most expensive defense projects to date.

The aircrafts are also branded as the most lethal.

One of the key advantages of this next generation aircraft is its stealth mode. The F-35 has the ability to enter enemy airspace undetected by radar.

One of the scenarios in the cockpit simulator included engaging enemy aircraft. In the demonstration pilots were able to neutralize the target at more than 40 miles away without the enemy aircraft ever knowing they were there.

Critics of the F-35 program have raised concerns with the price of producing and maintaining the planes.

Lockheed Martin has effectively reduced the cost of producing the jet over the years, while significantly increasing their production volume.

"We hold the Department of Defense accountable in terms of ensuring they meet both cost targets and project time targets," said Daines,

While Montana may help manufacture the parts, there are no current plans to station an F-35 at Malmstrom Air Force Base in Great Falls.

Cascade County Commissioner Jim Larson said he has been lobbying hard to change that.

"Still a long ways from completion, but at least there is discussion," added Lasrson.

Lockheed Martin plans to ship over 130 F-35's this year and ramp up production in the coming years.