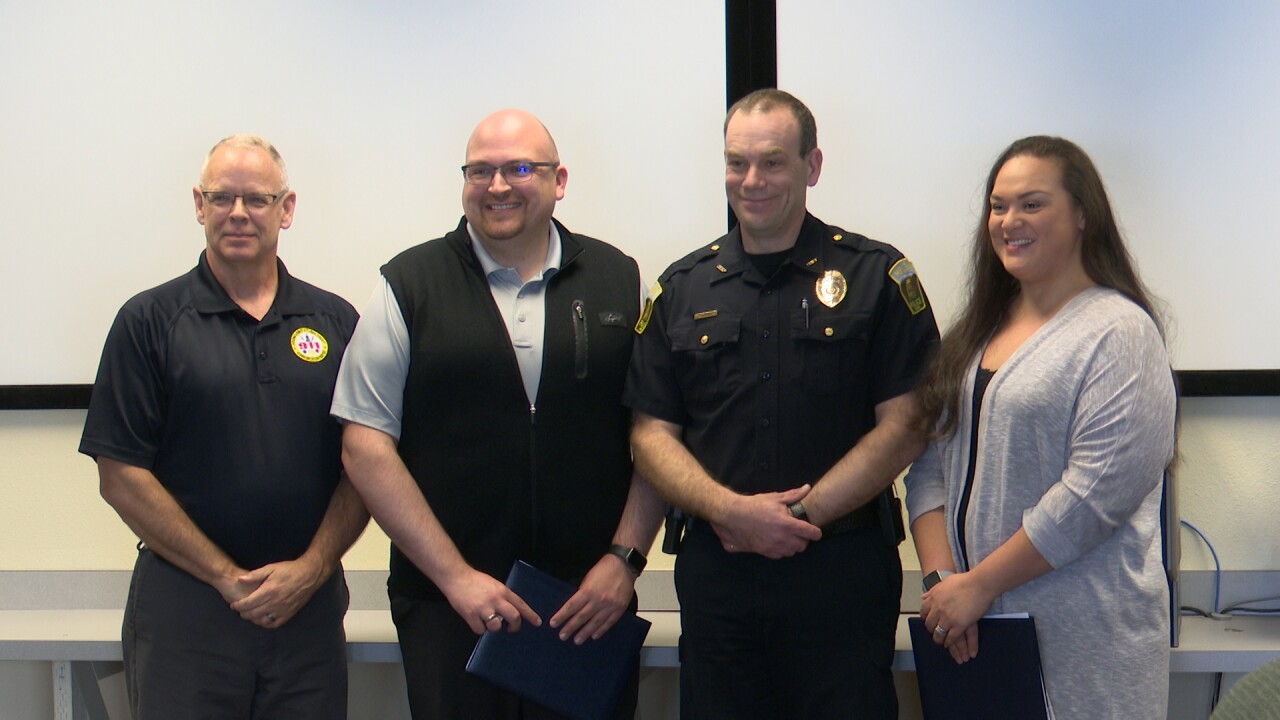 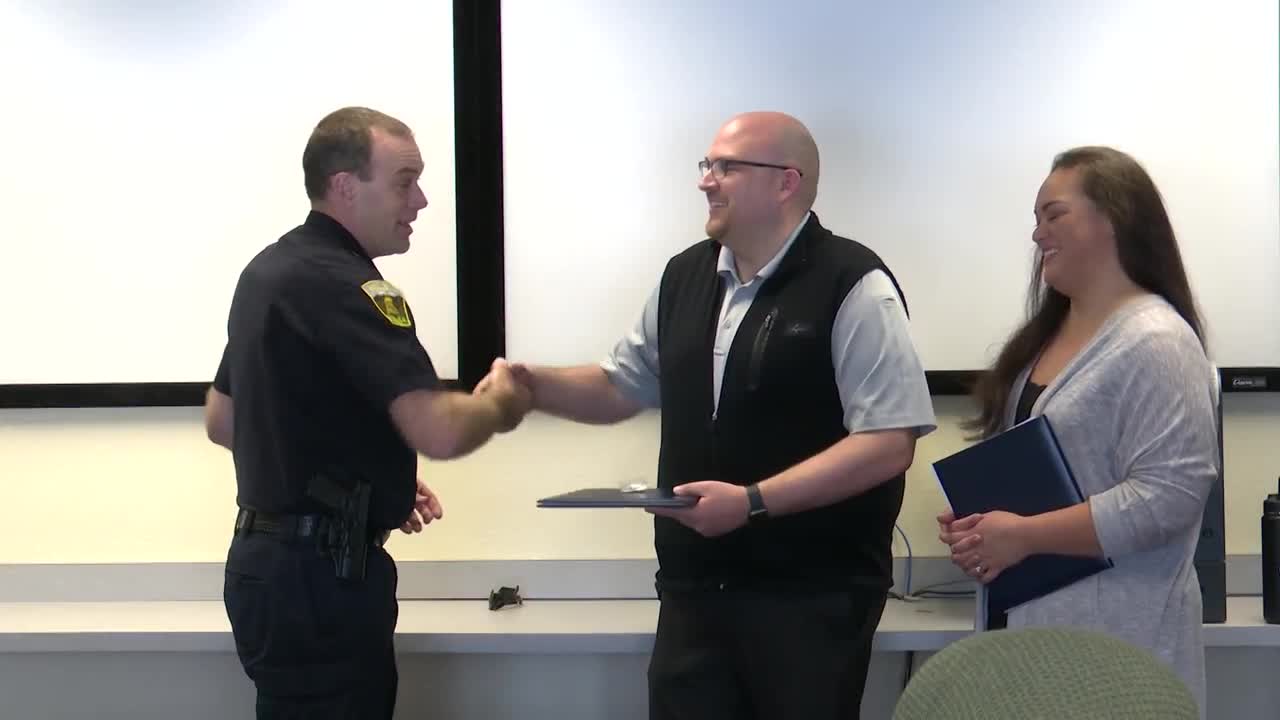 Two emergency dispatchers were honored in Helena Wednesday, after their efforts helped save lives.

On Oct. 11, Waples received a 911 call from a woman who said she was going to overdose on medication, but didn’t give any information about where she was. Waples said they were able to determine the call came from a cell phone and find a cell tower it had connected through. However, that wasn’t enough to determine exactly where the woman was.

Waples then turned to a new tool – a program called RapidSOS, designed to give a more specific location for cell phone calls to 911. She said local dispatchers had been training on the program, but it was still in testing.

“When the traditional means failed for that one call, that’s when I decided, ‘You know what, let’s just try it, let’s input this phone number, let’s see what happens,’” she said.

Waples said the RapidSOS system gave them a possible location. A police officer went to the area and was able to find the woman.

“Had Chanel stayed the course and not ventured into uncharted territory with untested technology, the response would have been delayed and the outcome would have been much different,” read the document nominating Waples for the award.

Waples said, since this call, the 911 center has started using the RapidSOS system more often. She said she was honored to be recognized for this success.

“Our dispatchers here – and dispatchers everywhere – we go through and deal with life-threatening, lifesaving situations every day, so it’s just really good to be recognized, because we don’t get recognized a lot,” she said. “It’s just one of the things of the profession; you just do it because you love it.”

On Oct. 13, Slattery answered a 911 call from a woman in the Lincoln area, who said her 73-year-old husband had a medical emergency and appeared to have stopped breathing. Slattery alerted the local ambulance service, then began coaching the woman through CPR over the phone until they arrived.

The man was eventually airlifted to Missoula, where he was treated and eventually recovered. Several weeks later, his wife called the 911 center to thank them for helping save his life.

“Had it not been for the quick assessment and prompt notification by Zach Slattery, the ordeal could have turned out very differently,” read Slattery’s nomination.

“I was actually happier about knowing the outcome than I am about the award,” said Slattery.

On Wednesday, the couple was on hand to attend Slattery’s award presentation.

“We don’t always get to know the outcome of what the call is, so today, in my 12 years, this is the first time I’ve actually been able to meet the family that I had an interaction with,” Slattery said. “It was actually very emotional.”

Hagen said he was glad to be able to highlight the important role dispatchers play for first responders.

“They are the ones that get the least amount of credit in any emergency situation,” he said. “Without them, we cannot do this.”