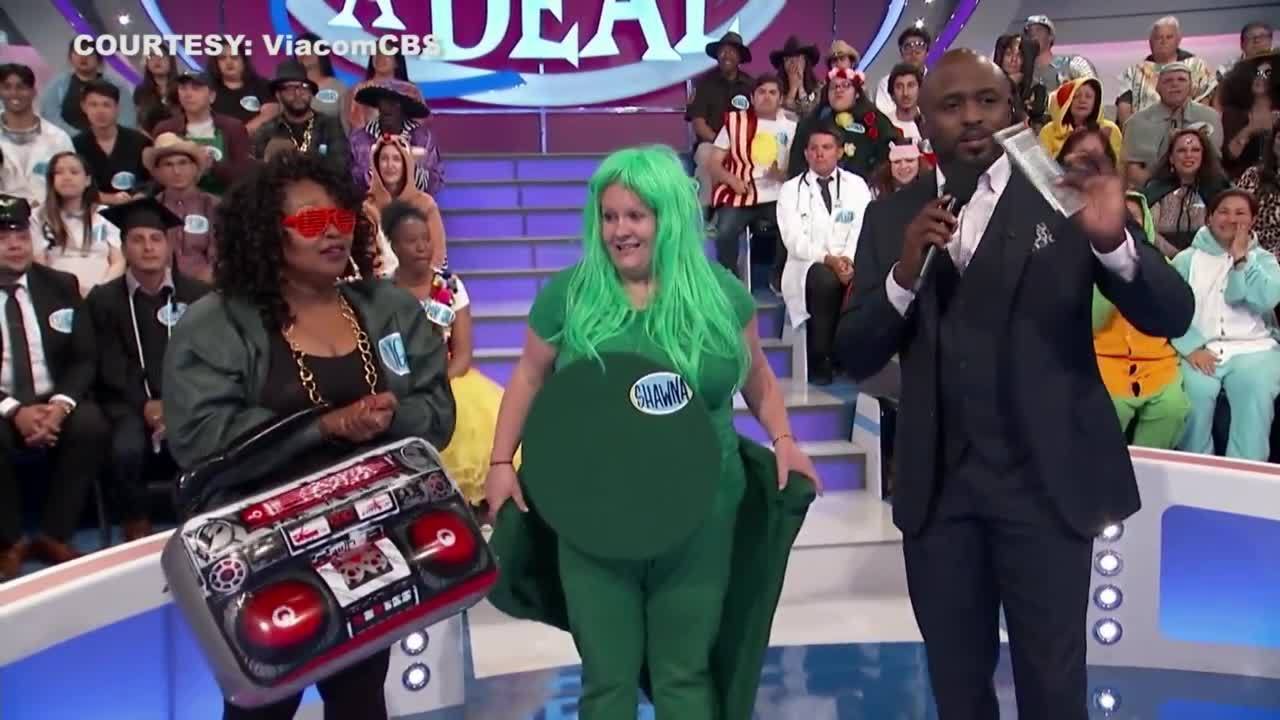 Shawna Applegate is a family nurse practitioner at Alluvion Health in Great Falls, and at work – she’s all business. But if you turn on the TV on Monday morning (June 1st), patients might see a different side of the healthcare provider - a wild side.

In May of 2019, Applegate and her grandma Cheryl took a trip to the west coast where part of the adventure was attending a taping of the the long running game show "Let’s Make A Deal," hosted by Wayne Brady.

“We made our costumes on the way there while we were traveling, which was very interesting there might have been parts that were falling apart,” Applegate said. “We were ‘two peas in a pod’, which is kind of true to life. We were there from 8 a.m. to 6 p.m. and taping for an hour and a half, so it was a long day.”

Applegate, who was selected from the audience to participate, can’t disclose the results of the show. But she can tell you her appearance is worth watching.

“You never think you’re going to get picked on one of these things, so I wasn’t really completely paying attention when they told me ‘this is the way you run, this is what you do,’” she laughed. “I probably did some things that were not called for. I ran the wrong way, with my wig falling off.”

Though the segment was taped over a year ago, the episode will finally run on Monday, June 1st at 10 a.m. on KRTV. Appearing on Let’s Make a Deal was certainly a highlight of the 2019 trip, but it wasn’t the original purpose of Shawna and Cheryl’s vacation.

“My grandma was going through cancer treatment for lung cancer,” Applegate said. “She wanted to go to the Grand Canyon, so we decided to make a big thing of it. So, we flew to Arizona, drove over to the Grand Canyon, went over to Hollywood, went to a taping of Let’s Make a Deal, then drove to Vegas and flew home.”

An adventure worth remembering – whether Shawna wins or not. Cheryl successfully completed chemotherapy in 2019, and is eagerly awaiting the day she and her granddaughter can go on their next trip.