Great Falls doctor emerges as voice of reason during pandemic 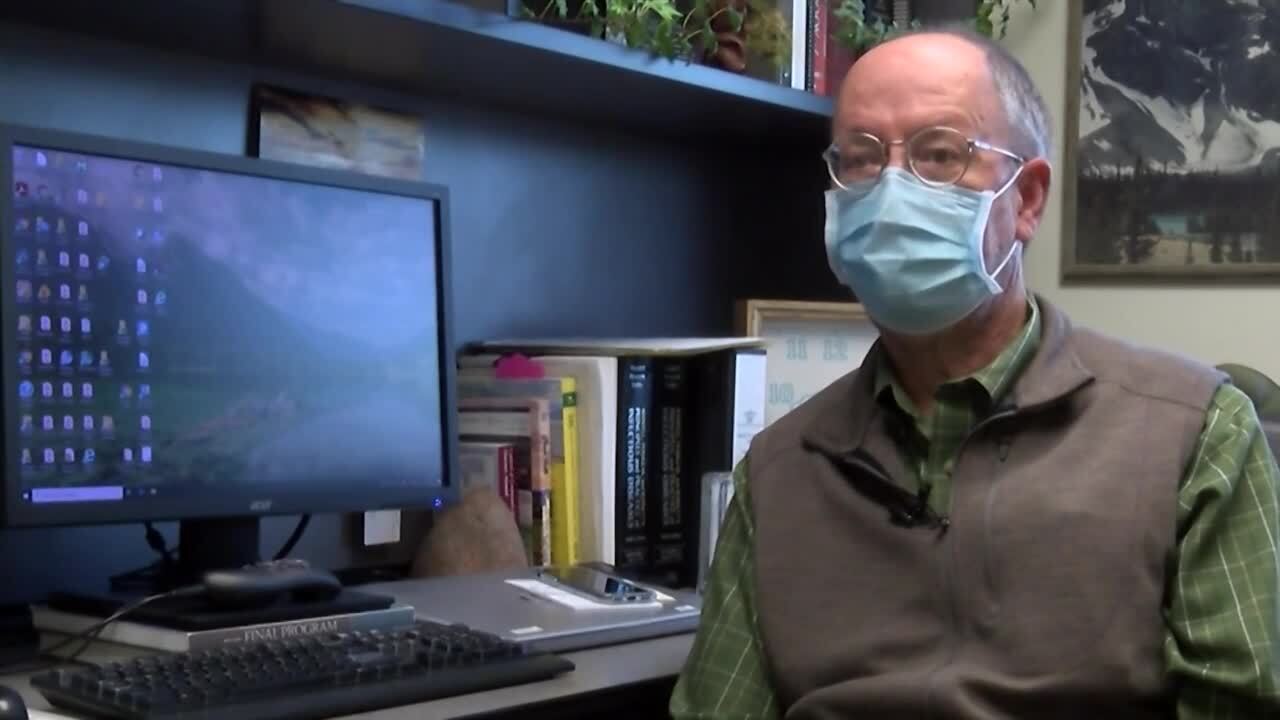 When Dr. Raymond Geyer, a Pennsylvania native, first applied for a job as an infectious disease specialist at the Great Falls Clinic, he had to find the city of Great Falls on a map.

“I was single, unmarried at the time, and I saw this job in Great Falls, Montana,” he said. “I had to find out where that was.” The job interview just felt right, he said: “It sounded like a real adventure. I loved the people and the surroundings — and 30 years have passed.”

This year on the job has been like no other for Geyer. In a city he'd never heard of all those years ago, he’s emerged as a trusted voice during the uncertainty of the pandemic. For months, Geyer, who serves on the Cascade County Board of Health, has pushed the board to take more proactive and sometimes controversial measures to curb the spread of the virus, as cases and hospitalizations have been on an exponential rise.

“I have to think back and try to say to myself, ‘Did I do everything that I possibly could have done to try to make the situation better?’” Geyer said during an October 28th meeting.

In that meeting, the board split on a decision about whether to reduce capacity in most businesses to 50% from 75% — a measure that some board members thought would strike an irreversible blow to small businesses in Cascade County. It seemed like an impossible choice: between the health of the public and the local economy.

“Limiting the size of restaurants that are already small to begin with, I know that creates pain,” he said. “One thing we can do is go back to these places and be a customer.”

Geyer’s experience researching infectious diseases dates all the way back to the fight against AIDS. That background, along with his day-to-day observations as a doctor, has played a pivotal role in both swaying decision-makers and informing the public.

“He’s able to bring in information and digest it and present it in a very user-friendly way,” said Trisha Gardner, Cascade County’s public health officer.

“He is so intelligent, and he brings such wisdom,” said Great Falls City Commissioner Owen Robinson during the Board of Health meeting in October. “We are so lucky to have him on our board.”

Despite numerous public health measures at the local level, the virus continues to tighten its grip on Cascade County and the state as a whole. This week, Governor Steve Bullock imposed more restrictions on businesses and a statewide mask mandate in what became the first significant action from the governor’s office in months. Going forward, the eyes of Geyer and other public health officials will be glued on hospital capacity.

“I think that the hardest work being done right now, that we really need to focus on, is whether our hospital-based providers can get through this,” he said. “Do they have the supplies they need to stay well?”

To keep hospitals from getting overwhelmed, Geyer said everyone has to do their part.

“Wear a mask; watch your distance; and wash your hands,” he said.