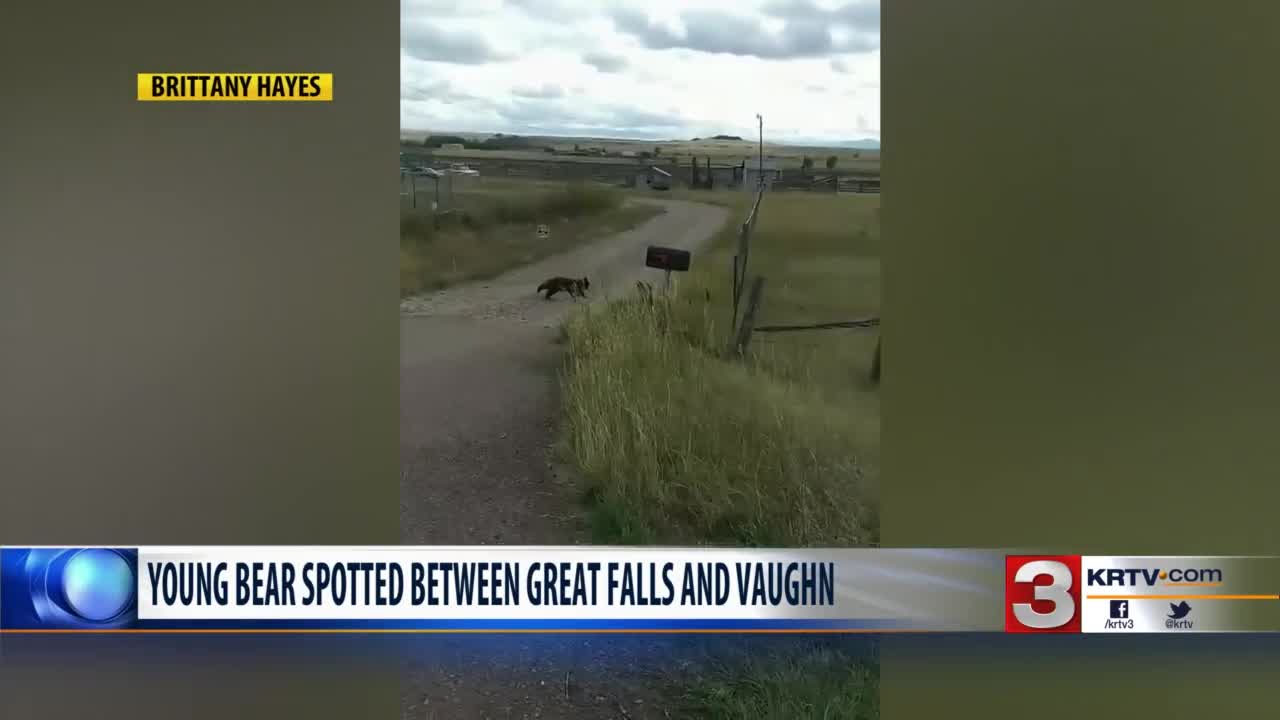 A Cascade County Sheriff's deputy was driving along Vaughn South Frontage Road near Sun Prairie late Thursday morning when a small bear darted out in front of his patrol vehicle.

The deputy told KRTV that he pulled over, got out, and made sure the bear moved away from the road. The bear then walked over to a nearby flatbed trailer, went underneath it, and laid down to rest.

The deputy called Montana Fish, Wildlife, and Parks; about 30 minutes later, at 11:15 a.m., an FWP official arrived, and she and the deputy began discussing how to handle the situation.

On Wednesday afternoon, a similar small bear was seen running along the road in the same area; several people told KRTV that they had seen a mother bear and two cubs in the area recently.

We don't know yet if the Wednesday bear is the same as the Thursday bear.

As of 12:40 p.m., FWP was still at the scene; we do not yet know if they have captured the bear for possible relocation, or if the bear has run away.

We will update you if we find out.