3 people have been charged with deliberate homicide for Antonio's death 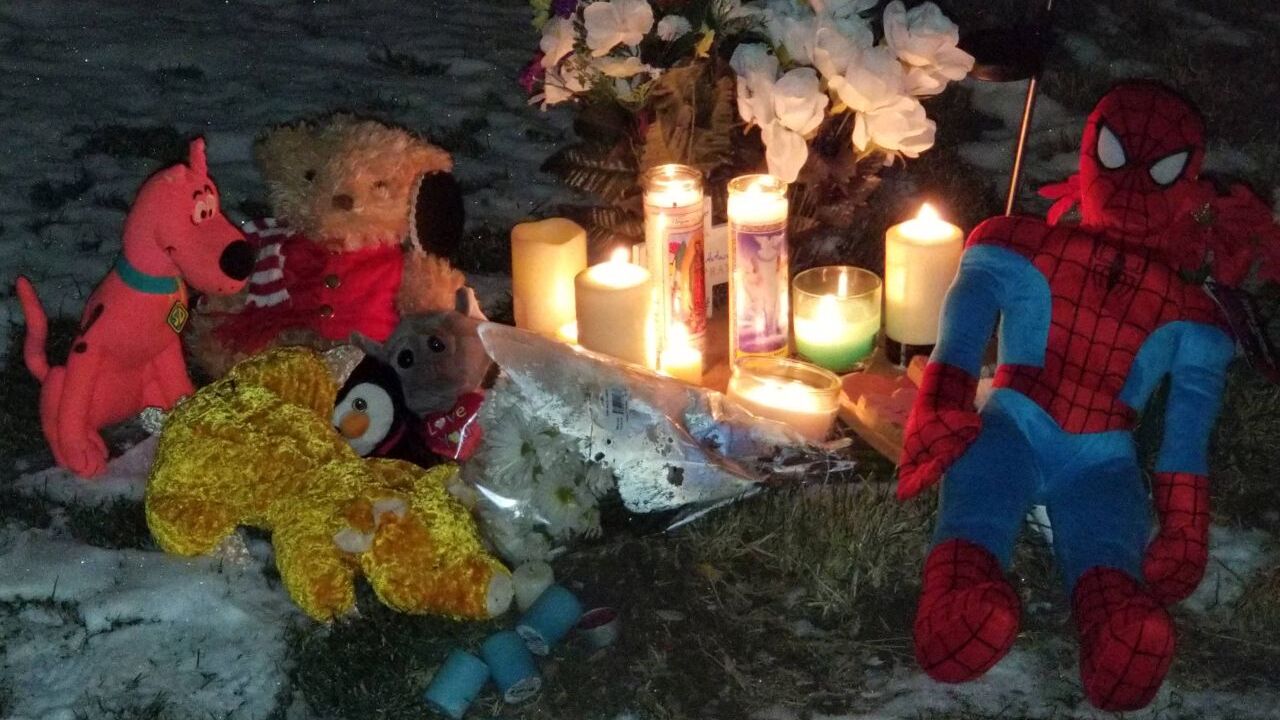 A small candlelight vigil was held on Thursday evening outside of the apartment building in Great Falls where a 5-year old boy was found dead on Wednesday.

About a dozen people at any given time were gathered around the memorial, standing silently in the freezing cold. As some left, others arrived. Some brought candles, others brought stuffed animals.

Clustered around a group of candles on the ground were a teddy bear, a Scooby Doo doll, and a Spiderman doll. There were also flowers and cards.

One police car still remains parked in front of the entrance to the apartment building.

Three people have been charged with deliberate homicide for Antonio's death: his parents, Emelio Renova and Stephanie Byington; and Racso Birdtail, an acquaintance of theirs.

(NOTE: some of the information below may be disturbing to some people; discretion advised)

just after 9 a.m. on Wednesday, emergency dispatchers received a 911 call requesting medical assistance at a residence on the 1200 block of 9th Street NW. Emergency responders administered first aid to the child, but the child was already dead.

Court documents allege that the "occupants of the apartment were not in distress when officers arrived, and the father was not reacing as officers would have expected for such a traumatic event." Officers allegedly found the five-year old boy bleeding from his mouth and nose, and saw blood and what appeared to be brain matter on his clothing and on the floor around his body. The court documents state that the child was covered in bruises, and one of his legs appeared "to be abnormal and possibly broken." The child had an "obvious gash" on his head the size of a silver dollar.

The court documents state that the child, named Antonio, had been taken to the emergency department at Benefis Health System in June for bruising on his face and was described as "having sad eyes." Child-welfare workers were called to the hospital, but the child had already departed, presumably with his parents, and CPS workers were not able to find the family. Hospital staff reported that the child's two younger siblings were extremely "unclean," and noted that both had rotten teeth. The two siblings have been placed in the care of the Department of Family Services.

Authorities are continuing the investigation, which they say is "complex," and the GFPD is being assisted by the Federal Bureau of Investigation and the Cascade County Sheriff's Office.