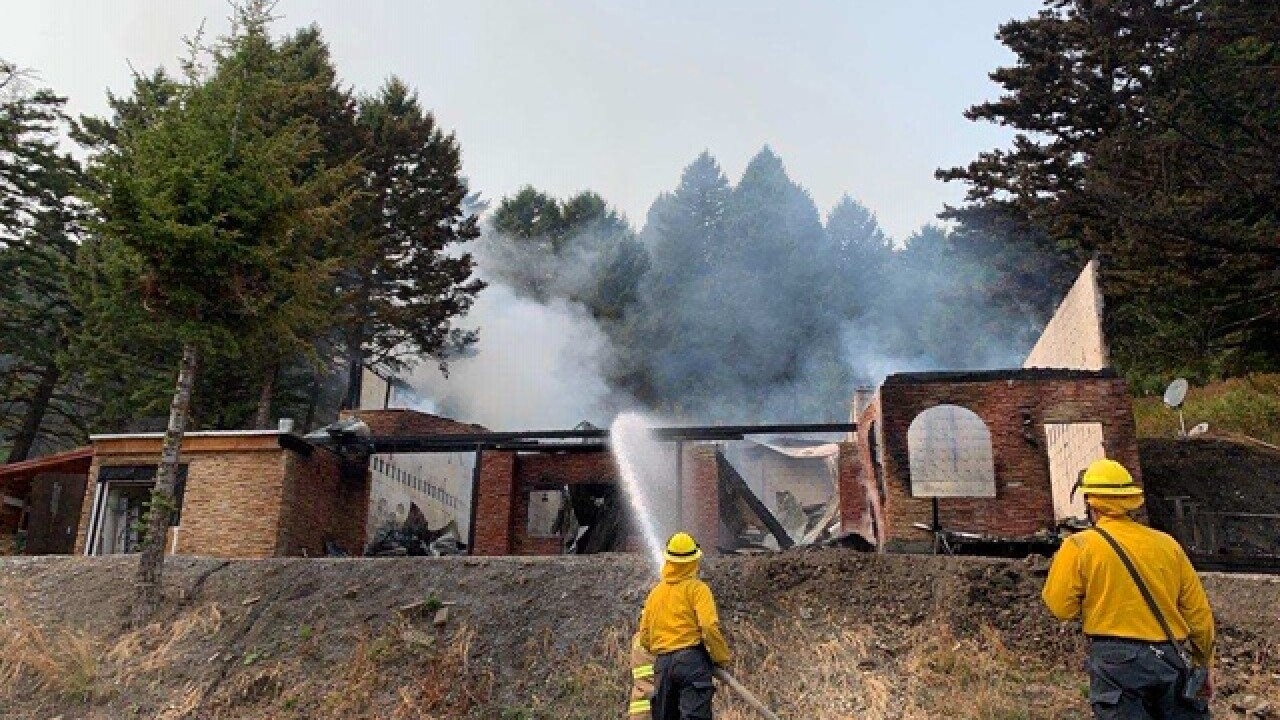 Firefighters responded to a residential fire on Rifle Road Sunday and had it under control in less than two hours from the initial report, preventing further spread, according to the Gallatin County Sheriff's Office.

The Sheriff's Office said in a media release an explosion and fire were reported around 11 a.m. Sunday.

The Northern Rockies Type 2 Incident Management Team #5, in Gallatin County assisting on the Bridger Foothills Fire, coordinated rapidly with local resources to respond to the fire.

Two helicopters dropped approximately 4,000 gallons of water on the fire to keep it from spreading further into the timber.

One structure was severely damaged by the fire, but no other structures were damaged or lost.

Thirty homes were given pre-evacuation notices by law enforcement on the ground, and one person received minor injuries, according to the release.

The Sheriff's Office thanked "all of the agencies involved in the quick, coordinated effort in responding to this incident."

"While the loss of the residence is devastating to the owners, it is thanks to the rapid response that no one was significantly injured and no other properties were lost," the Sheriff's Office said in the release.

Residents are urged to sign up for the Community Notification System that delivers timely information about emergencies such as wildfires, floods, law enforcement standoffs, and more.

For more information and to sign up for the Community Notification System, please visit alerts.readygallatin.com.