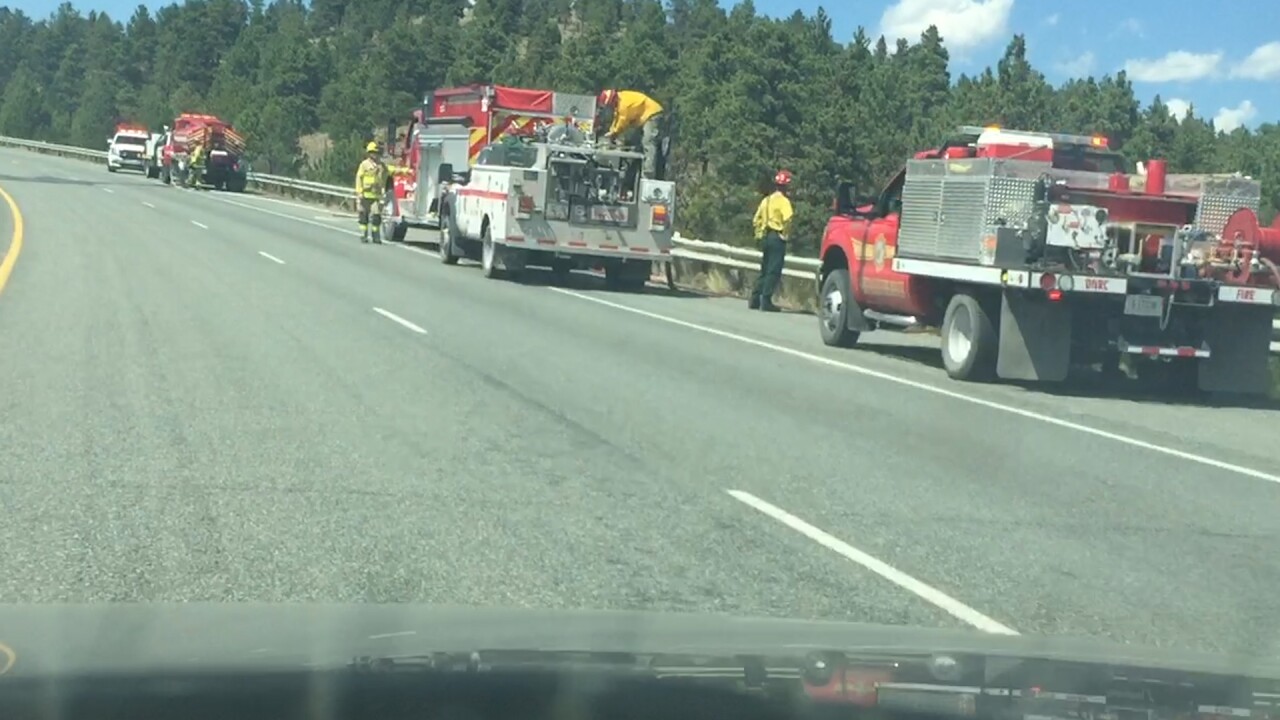 Firefighters quickly got control of a series of five small fires along Interstate 15 north of Helena Monday afternoon.

The fires were first reported around 1:30 p.m., around mile marker 204 in the North Hills. John Grassy, a spokesperson for the Montana Department of Natural Resources and Conservation, said the fires burned a total of around a half-acre.

A number of agencies responded to the fires, including DNRC, the U.S. Forest Service, the National Park Service and the West Valley and Lewis and Clark County Volunteer Fire Departments. They will keep monitoring the fires over the next few days.

Grassy said it’s not clear exactly what caused the fires, but they are believed to be vehicle-related. He asked the public to be especially careful of potential ignition sources – like dragging tow chains or heat from a catalytic converter – when driving near or through tall grass.

“It doesn’t take much to ignite dry grass,” he said.