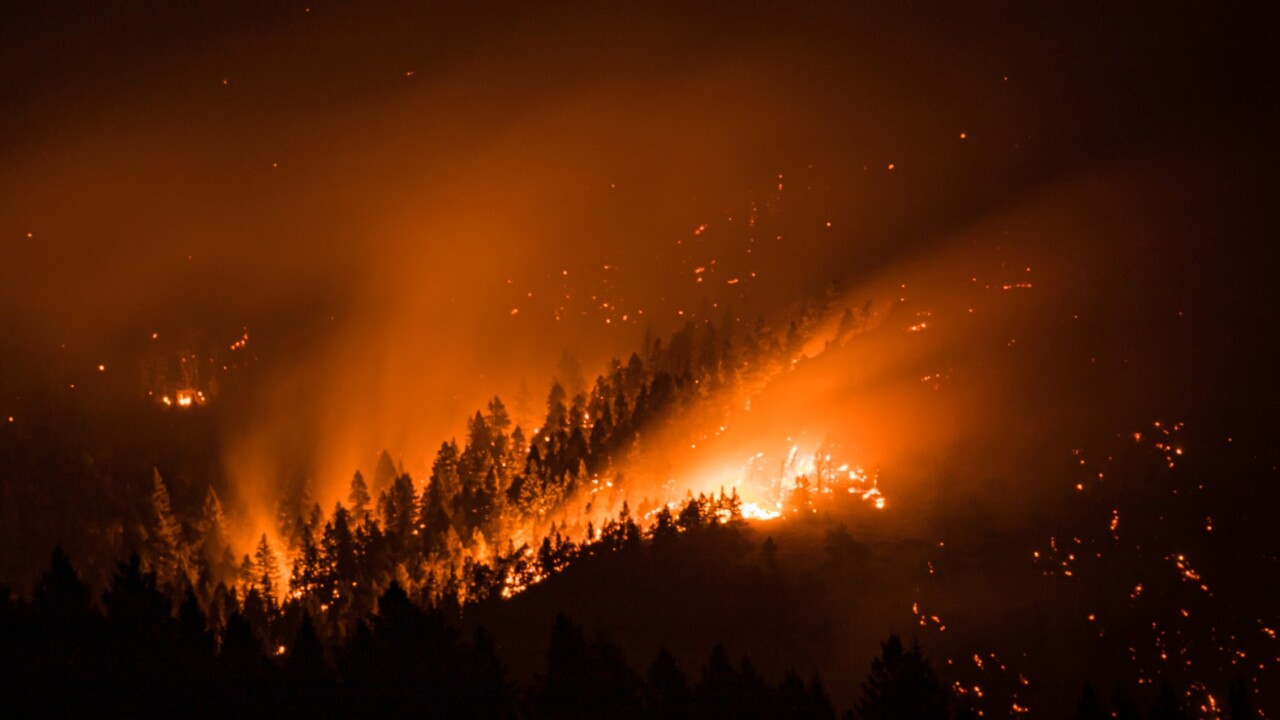 The Gallatin County Sheriff's Office also reported that all people reported as missing in Bridger Canyon Sunday morning have been located and are safe.

The Bridger Foothills Fire is estimated to be 7,000 acres as of Sunday morning, down from the reported 11,000 acres Saturday night.

According to the Sunday morning Inciweb update for the fire, "An infrared aviation flight mapping the fire perimeter occurred overnight to provide a more accurate perimeter of activity from Saturday."

The fire remains zero percent contained as of Sunday.

Officials confirm structures have been lost and they will be following up with homeowners as soon as possible. No further information about structure damage was available in the Sunday morning report.

Residents have been evacuated from Bridger Canyon, Kelly Canyon, and Jackson Creek.

People who have not been evacuated are urged to voluntarily leave the area until it is safe to return.

All roads and trails in the Bridgers and Bangtails are now closed.

The Gallatin County Sheriff's Office reported on Sunday that Bridger Bowl has not been impacted by the fire.

Four firefighters were reportedly injured on Saturday in two separate events. A firefighter struck by a rolling rock was treated and released from the hospital.

Three firefighters needed to deploy their fire shelters on Saturday and were transported to Bozeman Health after they were able to emerge and move to a safe area. They were treated for smoke inhalation and heat exhaustion and are reportedly in good condition.

Following are planned actions for Sunday, as reported on Inciweb:

"After extreme fire behavior on Saturday, firefighters are on the line and are engaging the fire where it is safe to do so. Direct handline construction will proceed on the heel of the fire (southwestern) and working north. Structure protection will occur ahead of the fire and firefighters will be returning to residences to assess and provide structure protection where the fire passed through. A Type I Incident Management Team is incoming and will be inbriefing at 10:00 Monday, September 7, 2020. Heavy equipment will be utilized where needed to continue to secure a line and mop-up around structures and prevent any reburn. Public and firefighter life and safety is the utmost priority."

The cause of the Bridger Foothills Fire remains unknown at this time and is under investigation.