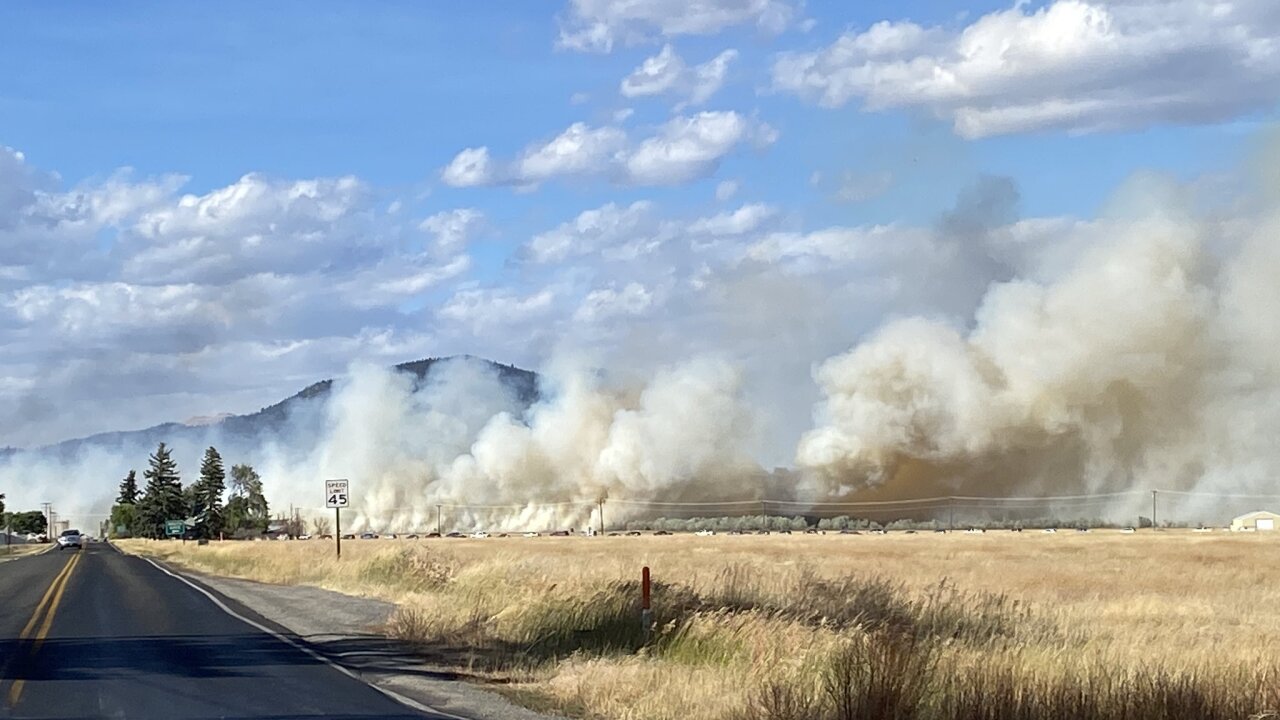 Firefighters estimate a fire that broke out west of Helena on Wednesday afternoon burned an estimated 800 acres.

Incident commander and Canyon Creek Fire Chief Sam Stigman says about 100 firefighters from across the Helena Valley are starting to get a handle on the fire and have moved into mopping up hot spots.

Stigman says the fire started around 4:00 p.m. near where the railroad tracks cross Birdseye Rd and quickly spread east pushed by strong winds.

He says the fire came close to homes, but none appear to have been damaged. Crews are assessing possible damage to other structures and say one historical structure is know to have sustained some damage.

According to Stigman, firefighters will stay on the fire all night. He expects the fire to be contained sometime on Thursday.

The evacuation order that covered the entire area south of Lincoln Rd, west of Green Meadow and north of Custer will be lifted and only residents will be allowed to return to the area at 8:30 p.m.

People are asked to watch for smoke and remain vigilant.

The American Red Cross has set up a shelter for anyone who may need or want a place to stay at Helena's First Assembly of God Church. The church is located at 2210 Dodge Ave.

RAW VIDEO: Birdseye Fire in Helena
Copyright 2020 Scripps Media, Inc. All rights reserved. This material may not be published, broadcast, rewritten, or redistributed.