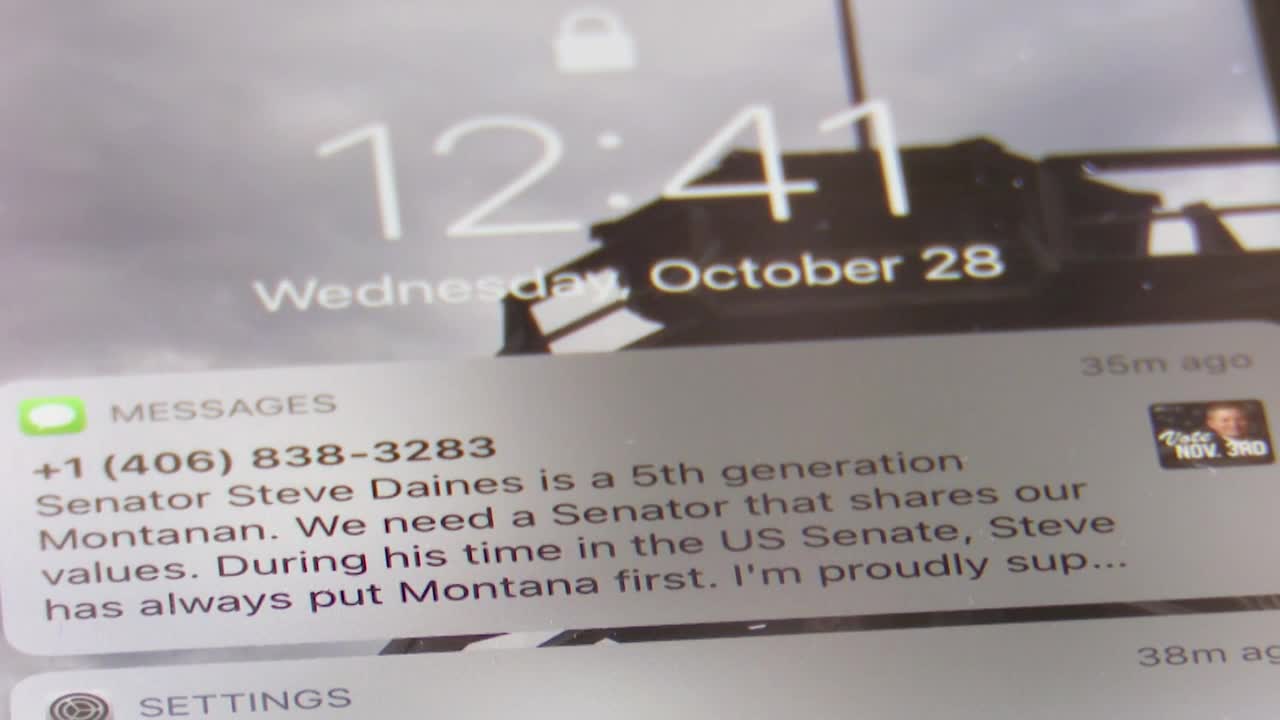 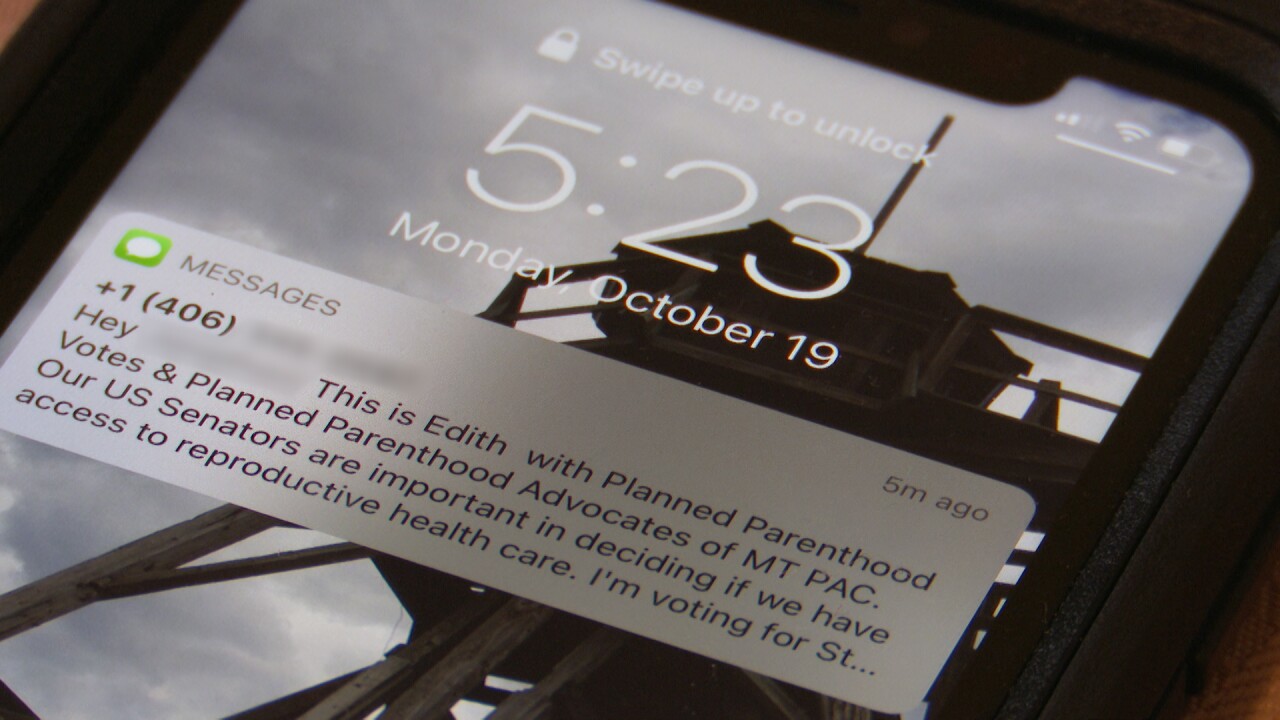 For many Montanans, it’s been tough to avoid political messages this year: on TV, online, in your mail – and, increasingly, on your cell phone.

If it seems like you’re receiving more political text messages this election, there’s a good chance you’re right. Montana’s hotly contested races have drawn a lot of interest from organizations supporting candidates from all parties. They’ve sent texts to highlight specific issues or to remind people to vote.

As Election Day approaches, some voters are receiving a text or more each day. Many of the messages are supporting or opposing candidates in the state’s marquee races: Steve Daines against Steve Bullock for the U.S. Senate, Greg Gianforte against Mike Cooney for governor and Matt Rosendale against Kathleen Williams for U.S. House. However, there have also been texts for Montana’s land board races, a pair of marijuana legalization initiatives and even the campaign for Lewis and Clark County Commission.

Leaders with the Montana Democratic Party say they’ve shifted more to texting this year, as COVID-19 disrupted other forms of campaigning.

“We have definitely used it considerably more to reach out to supporters and members – not just in this tail end to help get out the vote, but also to drive voters to online events where they can connect with the candidates,” said executive director Sandi Luckey. “It’s a safer way to do it than the doors.”

Luckey said they’ve focused on reaching known supporters through texts, rather than broader campaigning. She said she believes the change has been successful.

“I feel like all the challenges came our way, but I feel like we adapted pretty quickly,” she said.

Representatives for the Montana Republican Party say they aren’t doing any texting themselves this year. However, there have been a number of independent groups using texts to back Republican candidates. One of those groups is Americans for Prosperity Action, which has endorsed Daines and Rosendale.

“At least for our team in Montana, we haven’t done a lot of text messaging before,” said David Herbst, AFP Action’s Montana strategic director. “It’s a new tool that we’re using to great effect, talking to lots of people and persuading them to vote for Sen. Daines and make sure to get out and vote this year.”

Herbst said AFP Action’s texts to Montana voters are being sent by people within the state. The organization is working with a national data company to target who receives their messages and how they approach each voter, based on things like their voting history.

While campaigns can’t know who you have voted for, they can find out who has already voted from election officials.

The FCC has made rules on political text messages. An organization needs to get someone’s prior permission before sending them a campaign text through “auto-dialing.” However, they can send texts without prior consent if someone dials your number manually.