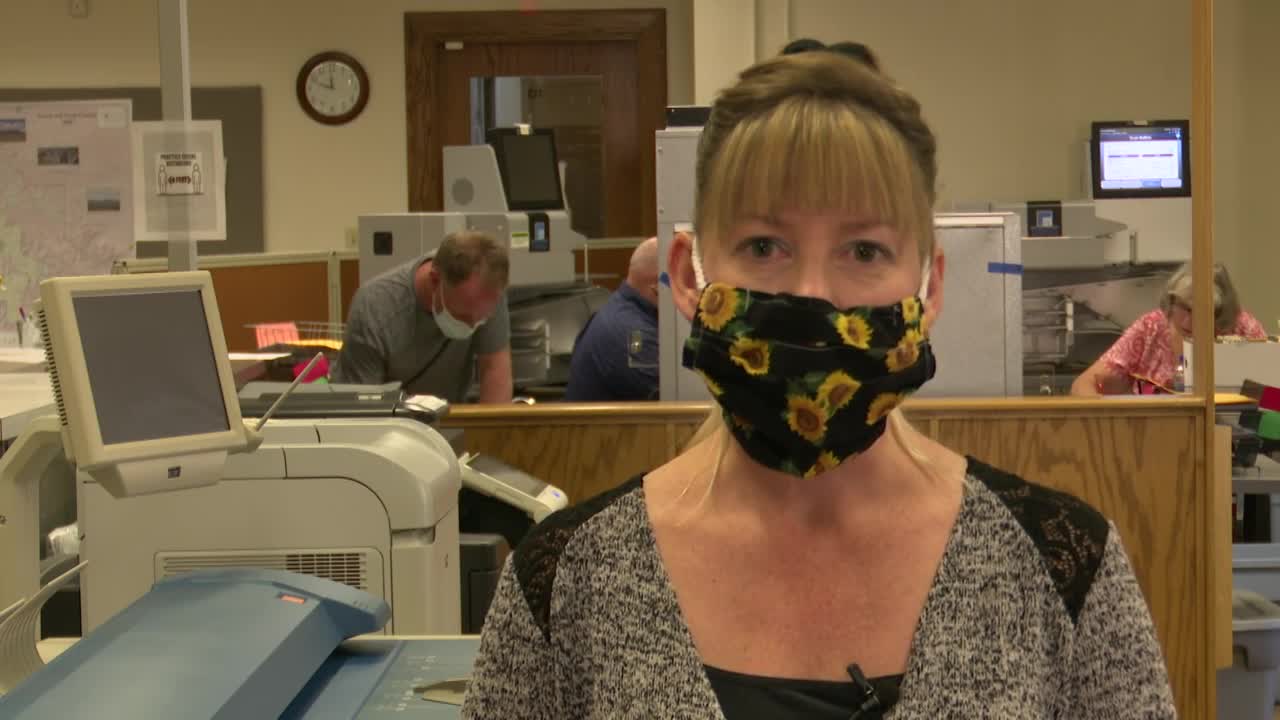 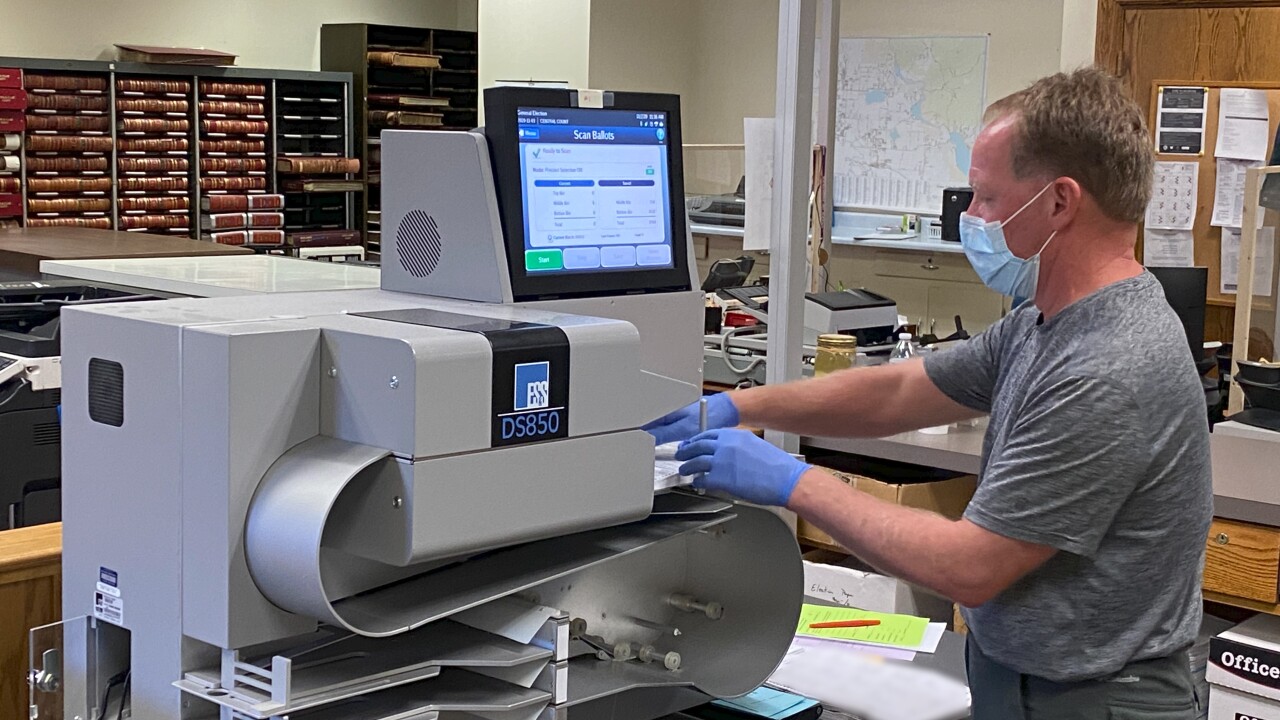 The lines to drop off ballots in Helena were open again Monday. But even as the final ballots come in, election officials are starting to count those that have already come in.

Montana state law allows counties with automatic counting machines to start processing ballots the Monday before Election Day – though it forbids releasing any results until after 8 p.m. Tuesday, when ballots are no longer accepted.

By Monday afternoon, more than 529,000 Montanans had turned in their ballots – already more than the number who voted in the 2016 presidential election. In Lewis and Clark County, election officials received 38,890 ballots by Monday. They began running them through the tabulating machines at 8:30 a.m.

“I have two people running and one person from the software company helping, to make sure everything’s running smoothly,” said Lewis and Clark County treasurer-clerk and recorder Amy Reeves. “We did have a battery dead this morning, and we had one of our machines that the cords got unplugged somehow over the weekend.”

Reeves said mail ballots actually take longer to process than those that come from polling places.

“If they’re folded a lot, then we can’t run a very big batch through – usually it’s about half an inch to an inch of ballots,” she said. “If they’re not folded and they’re completely flat, we could run up to 500 at a time.”

Officials hoped to have all the ballots they prepared on Thursday and Friday through the machines by the end of Monday. On Tuesday, they will be working with voters who waited to turn in their ballots in person.

On Election Day, people who still need to register will have to do it in person at their county elections office. In Lewis and Clark County, that will be inside the City-County Building, starting at 7 a.m., though the office will also have a “park and vote” service outside, for those who aren’t able to come in. The county will also set up drop boxes for those who already have their ballots at the City-County Building and in East Helena, Lincoln, Augusta and Wolf Creek.

You can find full information on how you can still vote in Lewis and Clark County here.

Reeves said, if you are still planning to come in and vote or register in person on Tuesday, you should do it as early as possible. Some counties are expecting to see lines of up to four hours.

So far, of the thousands of ballots Lewis and Clark County has received, officials say they’ve only had to reject about 30 because of issues with the signature. In those cases, the elections office tries to contact the voter to have them resolve the issue.