GOP pours on the attacks against Bullock – what’s true?

A closer look at 10 charges in U.S. Senate race 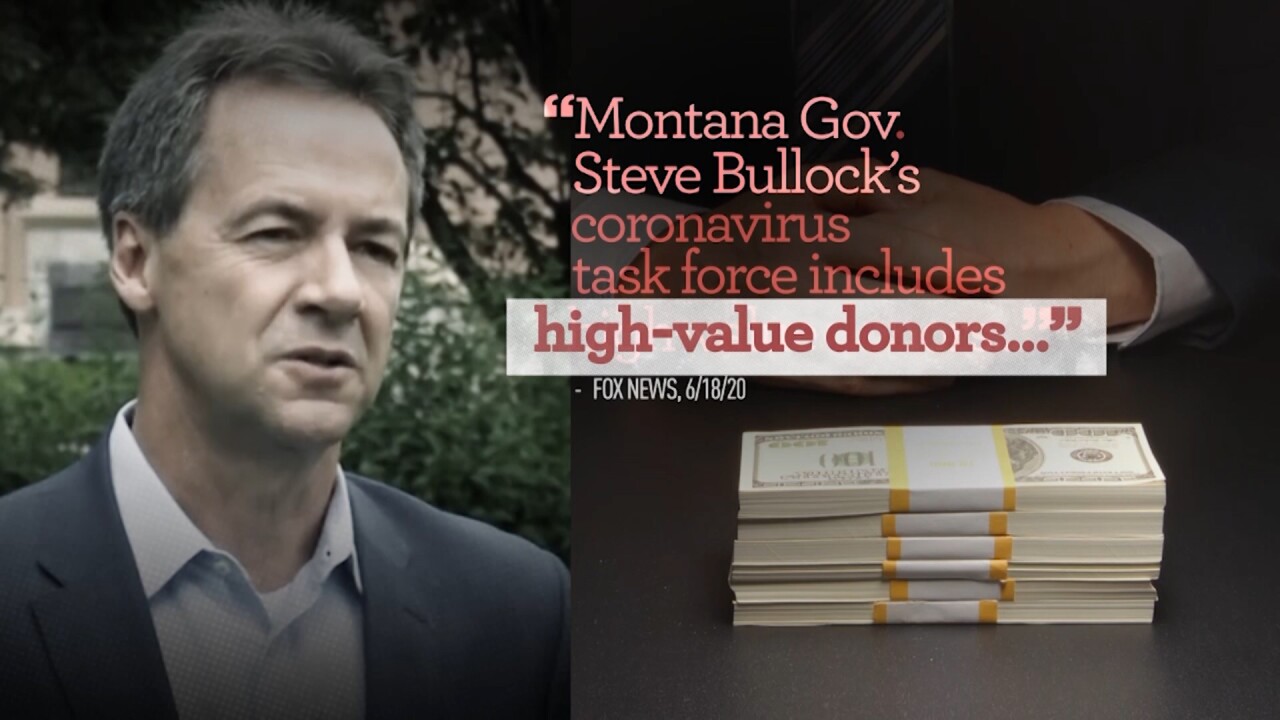 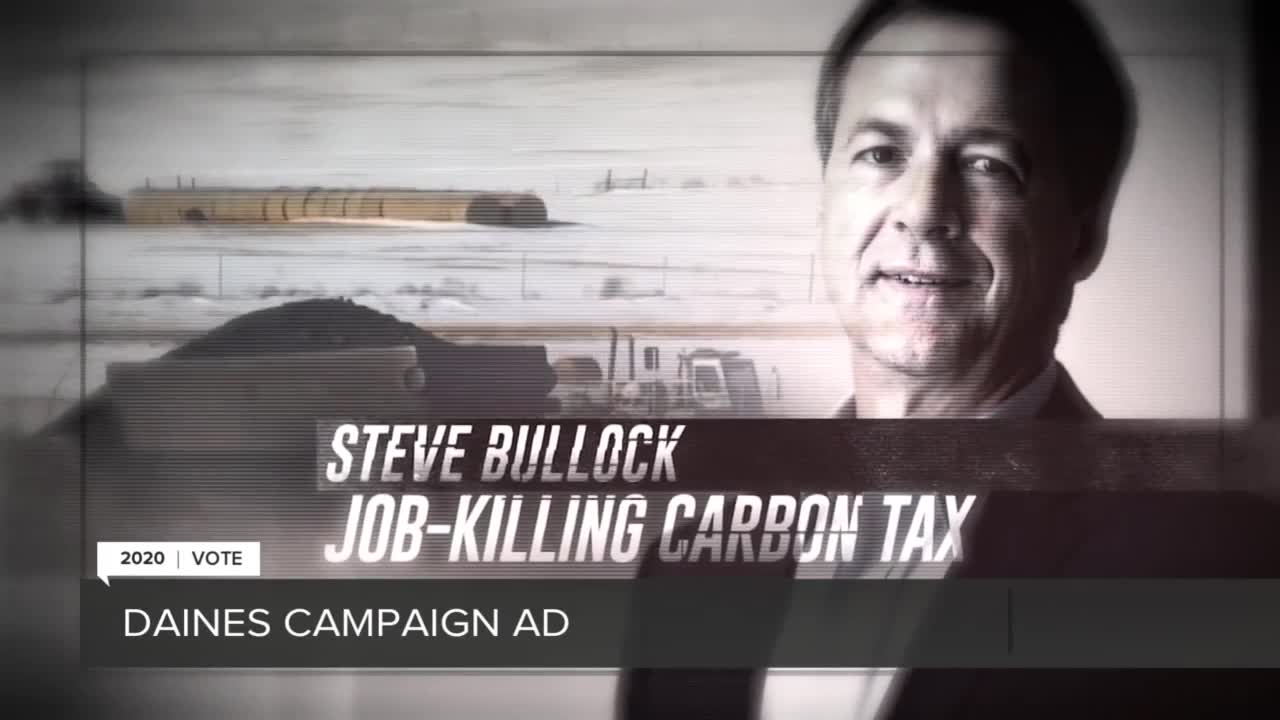 This is the first of a two-part series examining TV ads in Montana's U.S. Senate race.

In Montana’s high-profile U.S. Senate race, Republicans are throwing the kitchen sink at Democratic challenger Steve Bullock, with a barrage of attack ads accusing him of everything from nepotism to supporting huge tax increases.

Some of these charges are simply false. For example, Bullock does not support “sanctuary cities,” as alleged in an ad from his opponent, Republican U.S. Sen. Steve Daines, and there’s no evidence that he directed state contracts to a company founded by his brother, as stated in ads from the National Republican Senatorial Committee.

Others are true – although they often omit details that might show Bullock’s actions in a less-negative light.

MTN News examined 10 of these claims in ads that have been running statewide for the past few weeks. Here’s what we found:

“Bullock supports government-controlled health care”: Ads from Daines and the NRSC have made this claim multiple times.

What Bullock supports is something called the “public option” – a government-run and financed nonprofit health insurer, put forth as an option to private health insurance. It’s expected to be offered to those not covered by employer health plans.

Like any health plan, it would pay private health-care providers. It’s not “government-controlled health care.”

“(Bullock) supports a carbon tax”: A Daines ad makes this claim. Bullock says it’s not true, and that he has never supported a tax on carbon-producing energy, as a way to curb fossil-fuel use. However, while running for president, he told the Washington Post otherwise, saying it "shouldn’t be off the table if it contains safeguards to ensure lower-income communities are not disproportionately affected.” A Climate Solutions Council appointed by Bullock also may recommend one as a possible solution for climate change.

He did veto a 2019 bill passed by Republicans in the Legislature to ban sanctuary cities in Montana. Bullock said the bill was unconstitutional and unnecessary, because Montana has no sanctuary cities that provide protections to immigrants.

“(Bullock) supports Joe Biden and Nancy Pelosi’s liberal gun-control agenda”: Also a Daines ad claim. This one is closer to reality. Bullock supports universal background checks for firearm purchases, including at gun shows, and a ban on future sales of assault-style rifles. He also supports a voluntary buyback program for firearms.

“(Bullock) is ready to help Biden and Pelosi pass the largest tax hike in American history”: Again, a Daines ad claim. The reference is to Biden’s proposal to increase federal income taxes on individuals earning more than $400,000 a year, and on some corporations. Bullock has not said he supports this proposal.

“Bullock stacked his coronavirus relief task force with his own campaign donors, and many of them stand to benefit”: This allegation is from an ad by the Senate Leadership Fund, a GOP group tied to Senate Majority Leader Mitch McConnell.

The task force, which advised Bullock on how to distribute $1.25 billion in federal coronavirus aid, had 24 members – 13 of whom had made donations to Bullock’s previous campaigns. The other members included some Republicans and others who have given to Daines’ campaign.

Some of the members do own businesses that received grants from various aid programs – although those grants are a tiny fraction of the millions of dollars handed out to thousands of Montana businesses.

Bullock and task force members have said they recommended programs that would benefit the most businesses in hard-hit sectors of the economy, such as tourism, and that political connections were not a consideration.

“Just 13 percent of Montana’s relief funding actually reached small businesses and towns by late July”: This claim from the Senate Leadership Fund ad is a true statement. However, as of last week, that amount had increased to about 25 percent of the $1.25 billion – and hundreds of millions more have been allocated for schools, local government, enhanced unemployment and other programs in weeks to come.

“Bullock has been accused of steering state grants to his brother’s firm”: The only one doing the “accusing” is the NRSC, in several ads. It notes that Pioneer Technical Services of Butte, an environmental consulting firm founded by Bullock’s brother, received $14 million in state contracts while Bullock was governor.

It’s true that the company received those contracts. But Bill Bullock, the governor’s brother, had no financial interest in the firm at the time. He sold his shares in 2009, four years before Steve Bullock became governor. He does, however, still sit on the company board.

The NRSC has produced no evidence that Bullock “steered” the contracts or that anything was improper about the contract awards. Bullock administration officials have said the contracts were awarded through normal channels, often with competitive bidding.

The company’s CEO and lawyer also have denounced the charges as false and asked that the ads be pulled. The NRSC declined to do so.

“Bullock used state troopers as his personal security detail while abandoning his job to run for president:” Another allegation in an NRSC ad. A true statement – but the governor’s Montana Highway Patrol security detail accompanies him everywhere, as part of a written agreement with the state Department of Justice.

After state Republicans raised questions about MHP officers accompanying Bullock during his presidential campaign trips in 2019, the Bullock campaign agreed to pay the troopers’ incidental expenses, for out-of-state travel.

“Bullock (vetoed) a bill that would have saved seniors $21 million on their Social Security benefits”: Again, from the NRSC ad. Last year, Bullock vetoed a bill that would have exempted some Social Security income from state taxation, a reduction of $21 million a year. He had indicated his opposition, saying the state couldn’t afford it, but Republican majorities in the Legislature passed it anyway. Bullock’s veto killed the bill.

Next: A look at TV ads attacking and supporting Sen. Steve Daines on the issue of China.