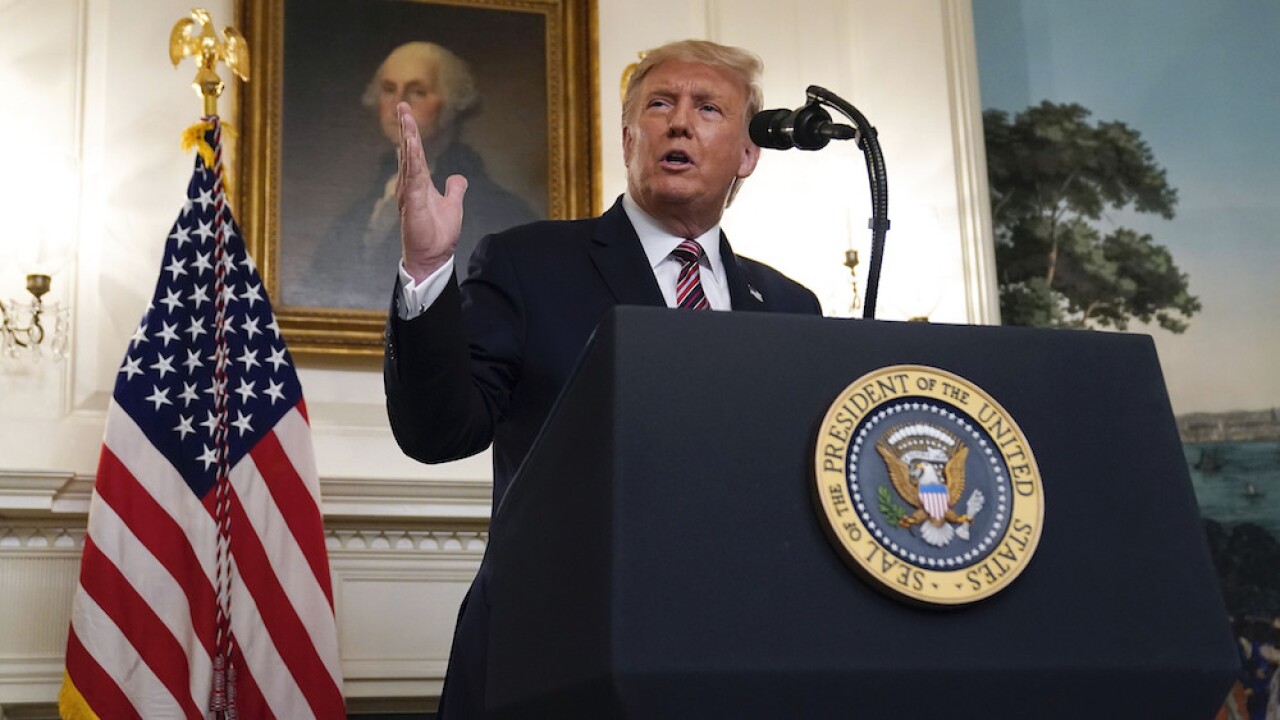 A day after audio clips of President Donald Trump admitting he "downplayed" the coronavirus pandemic surfaced, Trump defended his statements as "good" and "proper" in a Thursday morning tweet.

On Wednesday, The Washington Post, CNN and other media outlets published audio clips from several of Trump's interview with journalist Bob Woodward. During an interview on Feb. 7, Trump described the dangers of the virus that had not yet fully engulfed the U.S., calling it "deadly." However, publicly, Trump maintained that the virus was "under control" and that it would "disappear" in the coming months.

On March 19, after he declared a state of emergency and recommended that Americans not gather in groups of 10 to prevent the spread of the virus, Trump told Woodward that he had intentionally "downplayed" the threat of the virus so as not to "create a panic."

On Thursday, Trump stood by his decision to downplay the virus, even as the U.S. death toll soars over 190,000 — the most in the world. He also attacked Woodward for not reporting on his comments earlier.

"Bob Woodward had my quotes for many months. If he thought they were so bad or dangerous, why didn't he immediately report them in an effort to save lives? Didn't he have an obligation to do so?" Trump tweeted. "No, because he knew they were good and proper answers. Calm, no panic!"

Bob Woodward had my quotes for many months. If he thought they were so bad or dangerous, why didn’t he immediately report them in an effort to save lives? Didn’t he have an obligation to do so? No, because he knew they were good and proper answers. Calm, no panic!

Trump's comments echo those of White House press secretary Kayleigh McEnany, who defended the president's actions during a Wednesday briefing by saying that he wanted to avoid "chaos." McEnany also falsely claimed that the president never intentionally misled the American people on the severity of the virus.

Woodward defended his decision to hold off on reporting about Trump's statements to The Associated Press on Wednesday night, saying that he needed to verify the comments the president made in his Feb. 7 interview before publishing.

"He tells me this, and I'm thinking, 'Wow, that's interesting, but is it true?' Trump says things that don't check out, right?" Woodward told the AP.

He also added that by May, it was clear that Trump had been correct about the severity of the virus. By then, the virus had spread to all corners of the country, and he realized his story was more of a political story than a public health story.

"If I had done the story at that time about what he knew in February, that's not telling us anything we didn't know," Woodward said. He later added that getting the book published by Election Day was a "demarcation line."

"Had I decided that my book was coming out on Christmas, the end of this year, that would have been unthinkable," Woodward told the AP.