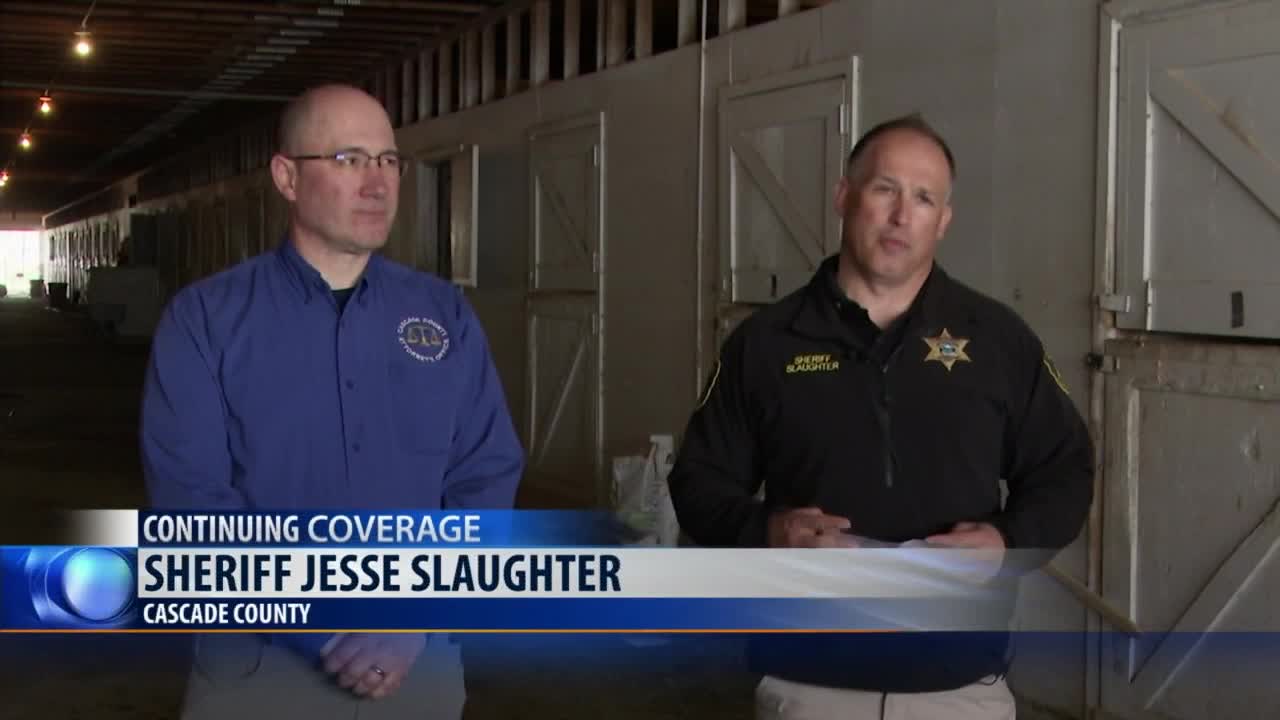 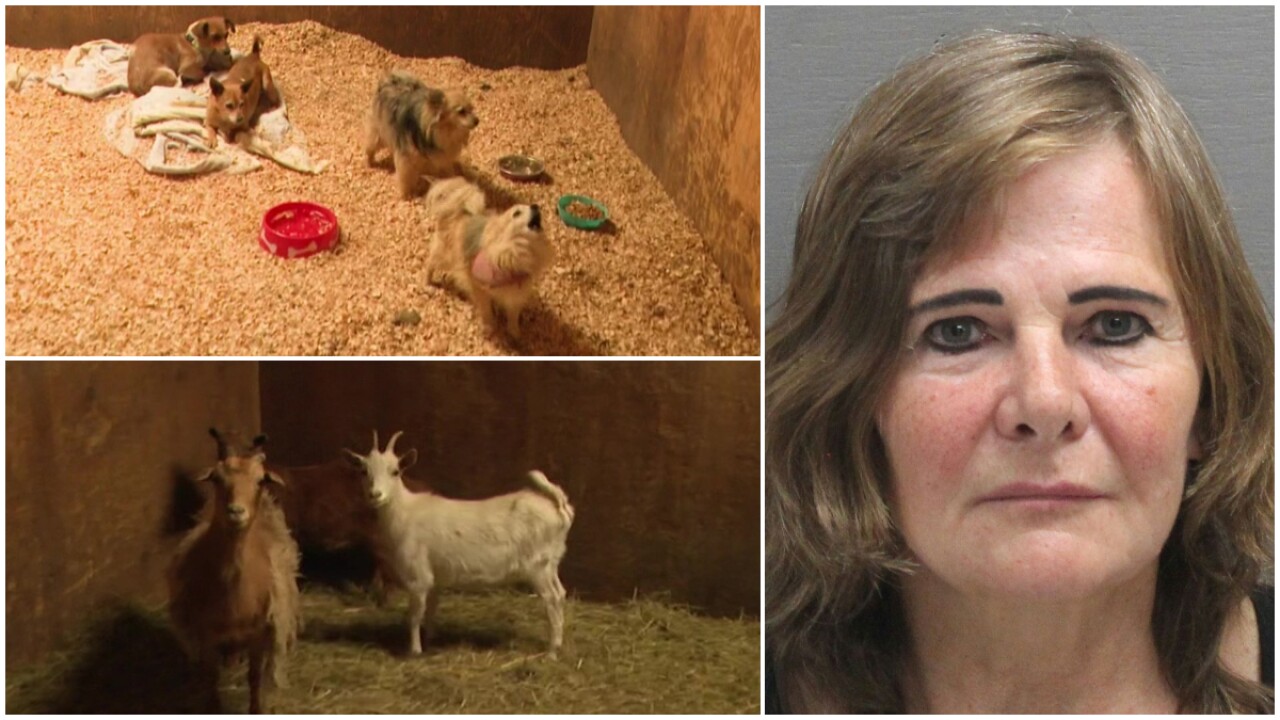 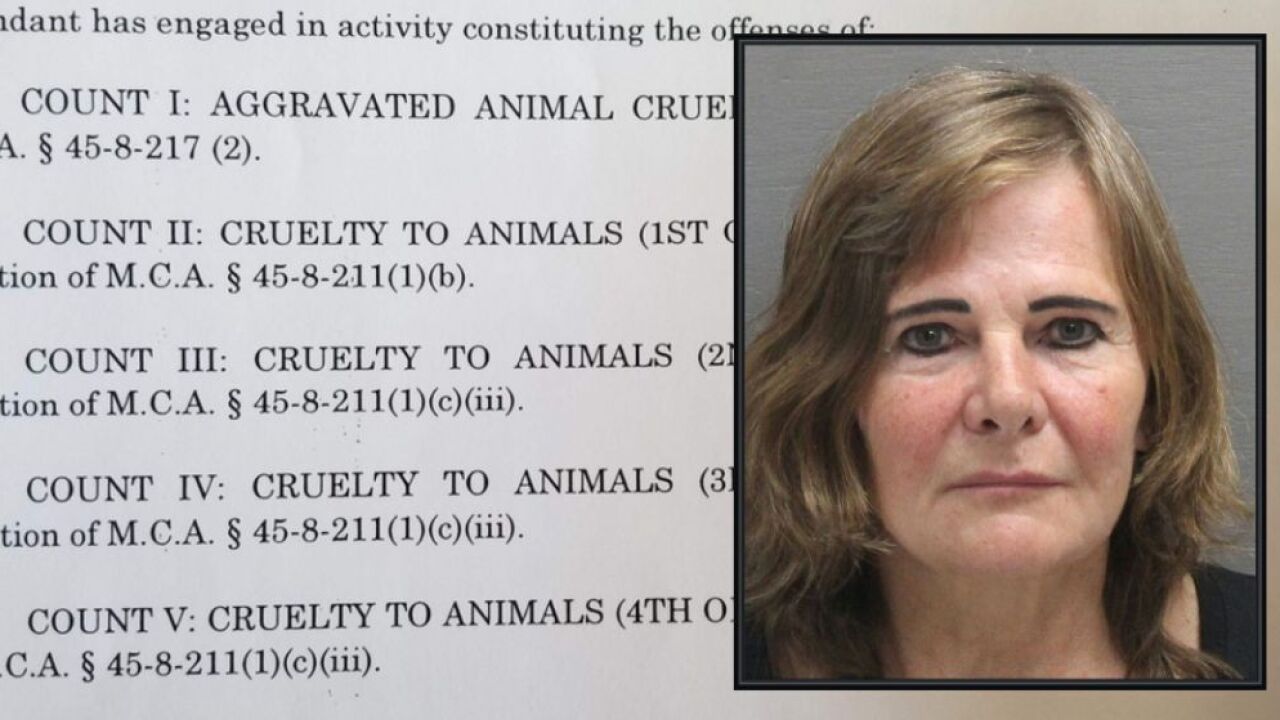 Pamela Jo Polejewski has been charged in Great Falls with several counts of animal cruelty after a fire on her property near Sun Prairie on May 6th. The fire happened at 77 Wexford Lane, south of McIver Road. The unoccupied mobile home had several additions that served as a barn/corral area for animals. The cause of the fire has not yet been determined.

Charges were filed against Polejewski last week after investigators discovered dozens of dogs, cats, goats, ducks, horses, birds, and other animals on the property that appeared to be living in various stages of neglect or abuse. Cascade County Sheriff Jesse Slaughter told MTN News on Thursday, “The County Attorney’s office has also filed an animal welfare petition.”

He showed MTN some of the animals taken from her property; the majority of them are being cared for on county property with larger animals at another undisclosed location. “The animals are being humanely housed and are being seen by a veterinarian,” Slaughter said.

Polejewski is disputing all charges and claims she operates a no-kill shelter that takes in animals who are already in bad health. Court documents state that “Hooves Paws and Claws” was involuntarily dissolved by the Secretary of State in December 2018.

Polejewski has also filed a civil suit against Cascade County alleging that her rights have been violated and requesting that the animals be returned to her, along with financial compensation. Her suit alleges trespassing, malicious prosecution, unreasonable search and seizure, due process violations, religious liberty violations, free speech violations, conspiracy, warrantless entry to property, and more.

Polejewski said in a letter to Cascade County Attorney Josh Racki: "I have many dogs, cats, goats, horses and other animals. Many of these animals were neglected when I adopted them. Many are aged and fragile. I have many people, including veterinarians, that can attest to my diligent care for these animals. I love my animals and have committed my life and all my resources to caring for them. Many people, out of the goodness of their hearts, help support me financially in the care of these animals."

Polejewski added that her animals are rescue animals: "Many were broken and injured (physically and emotionally) from the abuse or neglect by their former owners; or they were simply abandoned to a life of starvation and depravity."

Sheriff Slaughter says this is the second major animal abuse case that county officials have investigated this year after officials asked for the public’s help caring for neglected cattle in April in an unrelated case. “Previously, with the cattle situation, we had to act fast and get public support because in one day we could have eliminated that budget,” he said. “But in this case, what we want to do is we want to basically use our county budgeted funds first and then determine at that point if this case is going to take longer then we’re going to reach out to the community for support.”

Polejewski is scheduled to appear before Judge Greg Pinski on Tuesday, May 26th at 11 a.m. The hearing is open to the public. County Attorney Josh Racki says the animals could be put up for adoption pending results of the animal welfare hearing.

This is at least the third time Polejewski has faced similar charges in a courtroom; Racki says the state has no control over a person’s actions once they complete their sentence. “She had served her last sentence and since then she’s gathered more animals,” he said.

The charging documents include the following statements:

This wasn't the first time the property near Sun Prairie has been searched. MTN reported back in 2005 and 2012, when Polejewski faced similar charges and animal seizures. Documents also show court violations in Western Montana. In 2008, officials found more than two dozen animals on her property in Libby after she was ordered not to possess any animals as part of a suspended sentence.