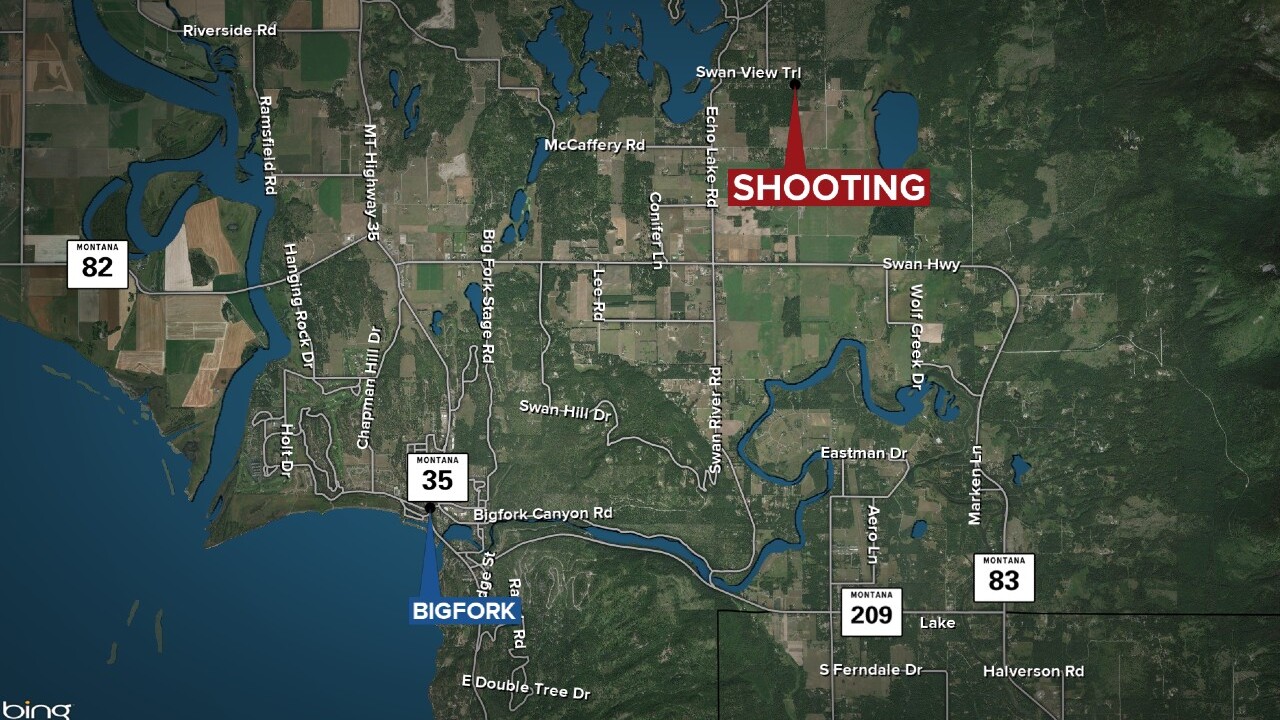 Authorities are investigating a weekend shooting incident in northwest Montana.

Flathead County Sheriff’s deputies were called to the 500 block of Alpine Drive in Bigfork shortly after 11 a.m. on Sunday for reports of a shooting.

Deputies along with Bigfork Ambulance arrived at the scene to find a person who had been shot in the leg and shoulder.

Initial information was gathered at the scene and sheriff’s deputies located the second party involved, according to a news release.

Office Detectives and a crime scene team responded to investigate the incident and interviews were conducted with witnesses.

The subject was transported to Kalispell Regional Hospital for his injuries.

Initial information was that both individuals involved in the incident had fired rounds.

The Flathead County Sheriff's Office is continuing to investigate the incident.

No arrests or charges have been made at this time.