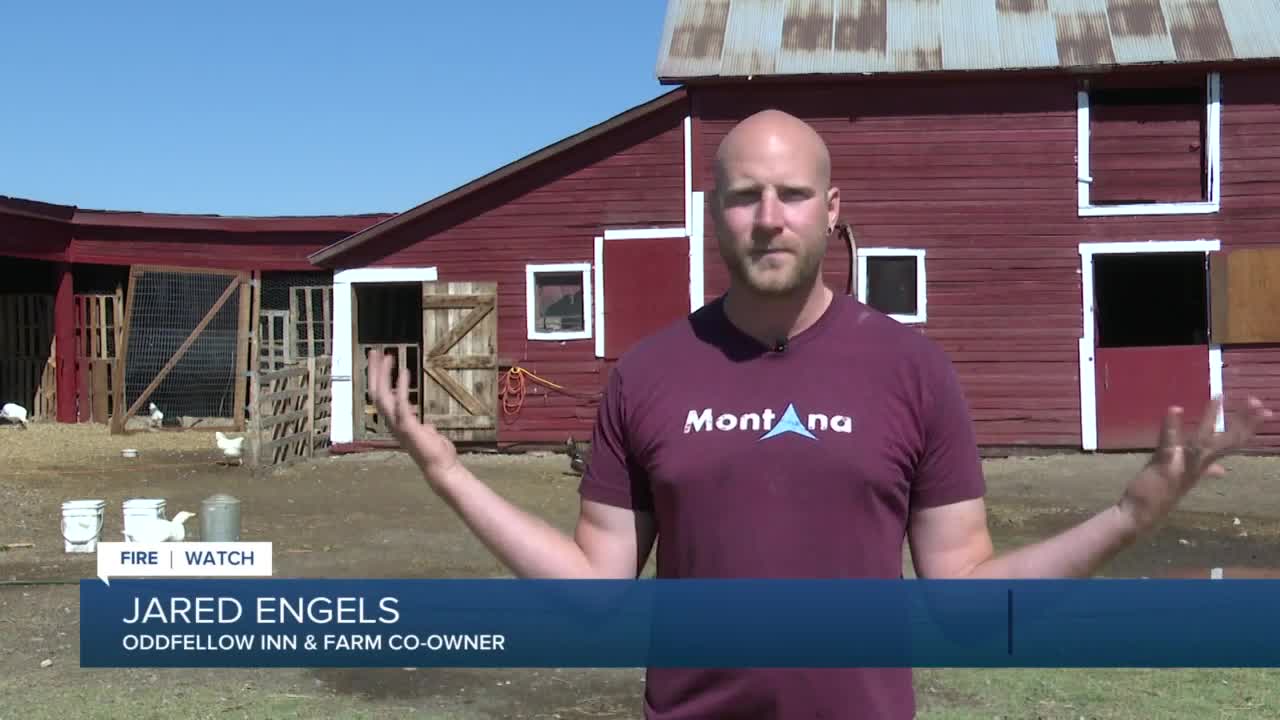 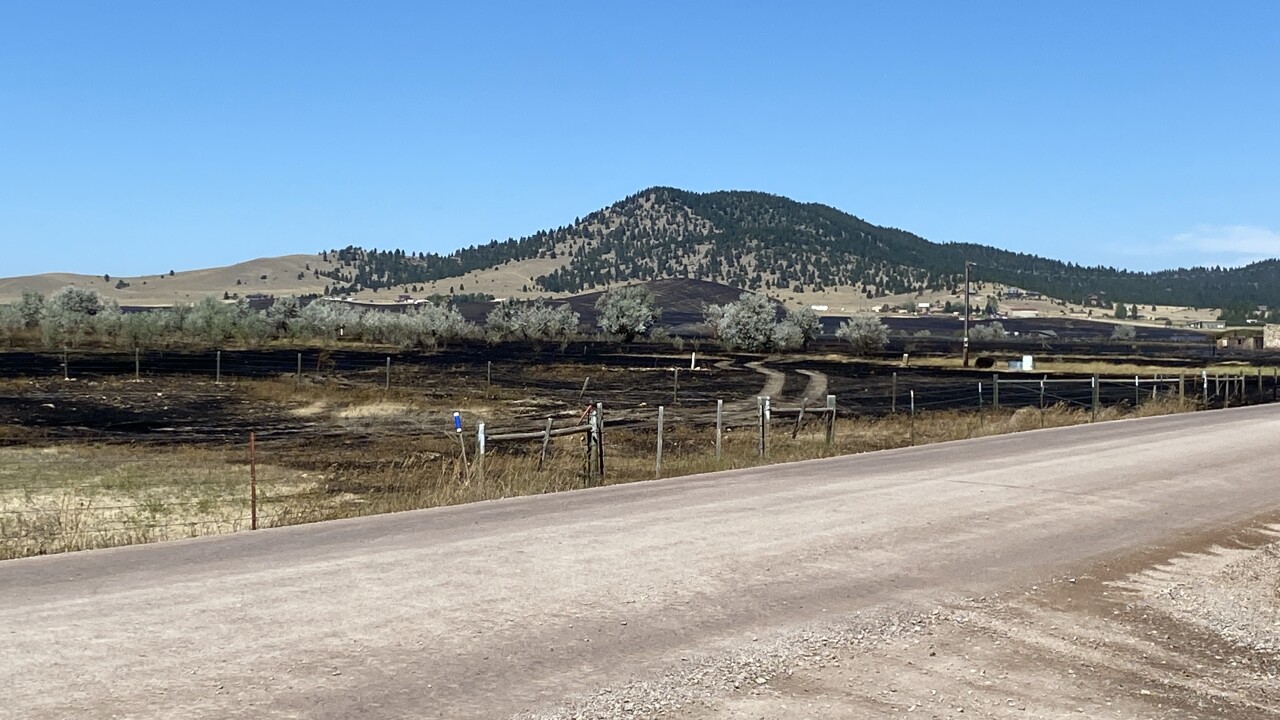 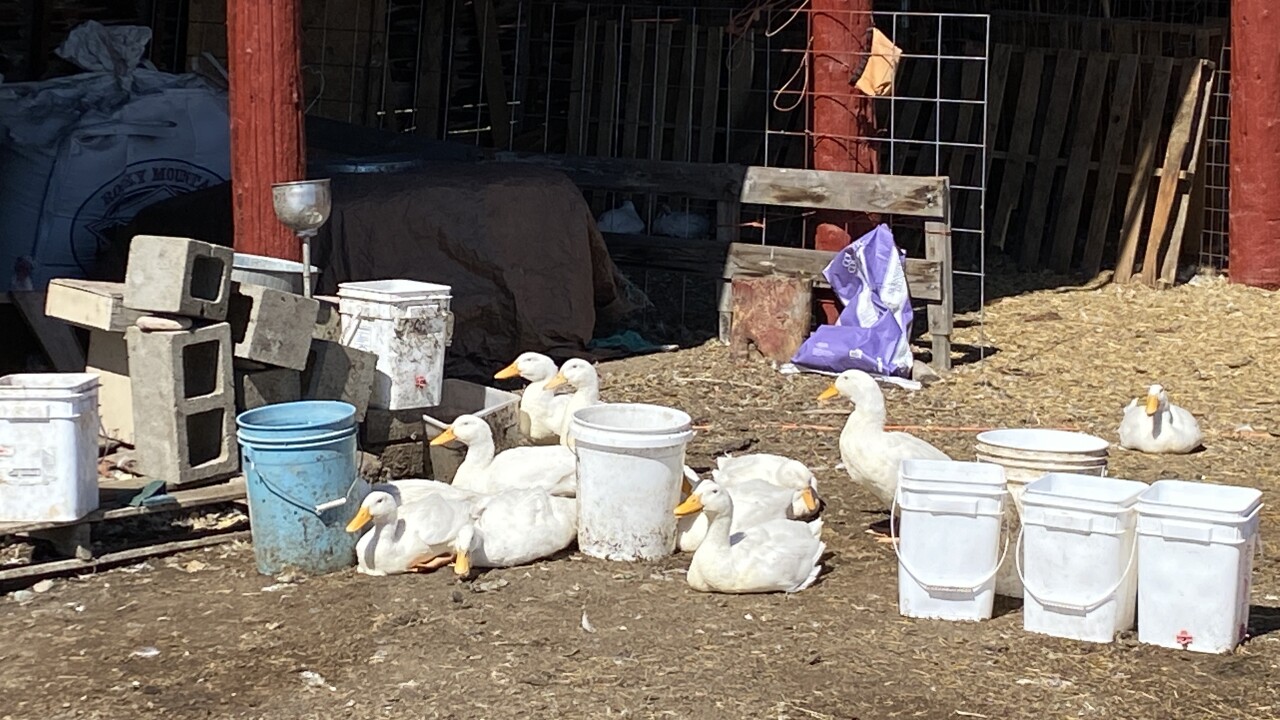 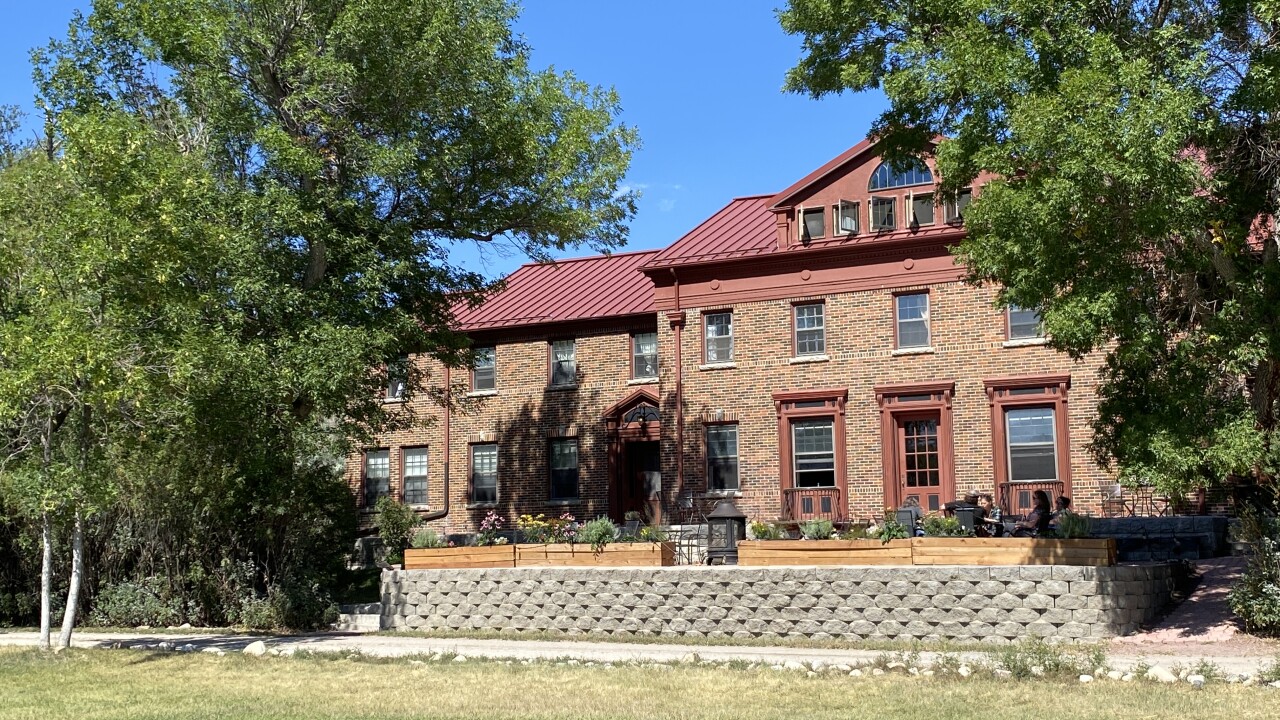 The fast-moving wildfire that burned north of Helena Wednesday afternoon forced people in the West Valley to react quickly.

Along Head Lane, much of the west side of the road was blackened Thursday. The smoke and fire came into the area so fast that places like the Oddfellow Inn and Farm, on the east side, didn’t have much time to respond.

Jared Engels, who owns the Oddfellow with his husband, had to drive over to the inn after finding out about the fire.

“When I got here, our employees and Paul were just watering down the barn – which was the biggest thing, because we’ve got hay and it’s over 100 years old,” Engels said. “I jumped up onto the roof and was spraying everything down and getting hit with ash and hot embers and everything, and I was like, ‘Well, you know, it’s a goner.’”

Their priority was to evacuate the guests from the inn. The farm also has more than 250 animals, from ducks, geese, chickens and turkeys to pigs, goats, a donkey – and even several emus. Engels said, with time running short, their only choice was to open the gates and let the animals go.

“All the animals were super freaked – we were freaked,” he said. “It’s not like you can just grab them and put them in your car, so the best bet for them is just cut a couple fences.”

Fortunately, when they were allowed back Wednesday evening, they found most of the animals had returned. Nearly all had been accounted for by Thursday.

“For the most part, we’re so blessed,” said Engels.

By Thursday, firefighters said they had made substantial progress on the fire. Incident commander Jonathan Heslep said they saw little growth despite strong winds, because crews had the perimeter largely under control. They had switched their focus to putting out hot spots in the fire’s interior.

Heslep said, after crews were able to assess the fire from the ground, they revised the estimated size from 800 acres to 613. He said the fire was 80% contained on Thursday afternoon, but that firefighters would remain on scene for the next several days. There is still no reported damage to any homes.

The cause of the fire, which started near Birdseye, is still under investigation.

Much of the area that burned was on the 350-acre Sevenmile Creek property, managed by Prickly Pear Land Trust. The organization is in the third year of a stream restoration project on the site, aimed at improving the health of the local watershed.

PPLT executive director Mary Hollow spoke to MTN Thursday, after she visited the property. She reported the entire area had been burned over, and that the fire destroyed significant amounts of vegetation and fencing that PPLT had installed.

However, Hollow said it appears the areas where they have completed stream work were less affected. She believes restoring a higher water table and a more natural riparian environment helped those areas.

Hollow said the fire could have long-term benefits for native plants, since healthy grasslands rely on fire as part of their life cycle. However, she said PPLT will have to work to make sure invasive weeds don’t become established in the area.

“This fire will slow us down, and we’ll have to do some fire management adaptations for what we do going forward,” she said. “But truly this was a very scary event, and we’re just really relieved that everyone is safe and okay.”

The Oddfellow got lucky, as firefighters held the flames on the other side of Head Lane. Engels said the inn ended up with significant smoke damage that will force them to close for now – but nothing more serious.

“We weren’t expecting to be able to come back tonight, or that it would even still be standing,” he said.

Engels said they’re grateful for everything the first responders did. He hopes to hold a fundraiser later this month to support local departments, especially volunteer firefighters.

“We just want to give back – and we can, because we’re still here, because they were here,” he said.