Peanut butter and pickle sandwich Twinkies? Don't worry, they're not coming to a store near you 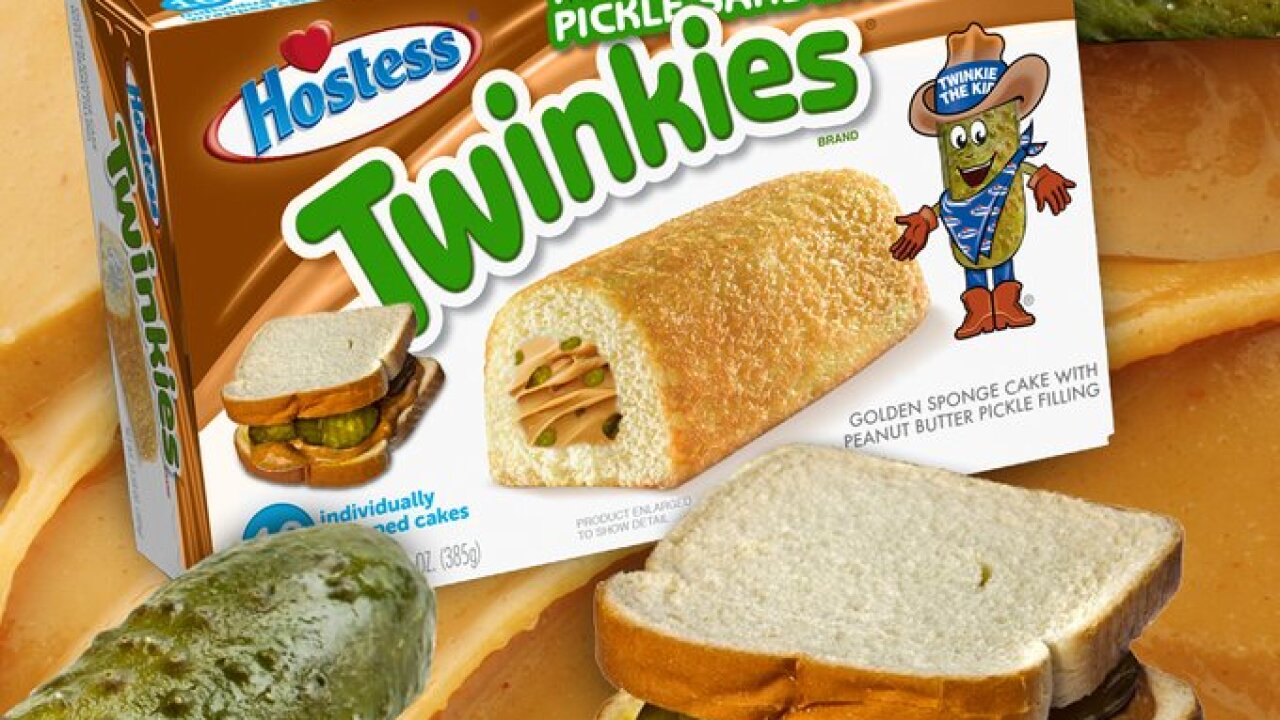 It may be pumpkin spice season, but on Monday, Hostess took to Twitter with a new snack idea — one that you won't be seeing on shelves.

The company tweeted out a photo of peanut butter and pickle sandwich Twinkies on Monday.

"Only the real ones know about these," Hostess' account tweeted.

Some fans thought this was a great idea, but others were not too thrilled about the strange combo.

According to Delish, the company eventually did come clean and confirmed the tweet was a joke, and it did not plan on actually making peanut butter and pickle Twinkies.

Hostess has trolled the internet before. Just last month, they tweeted our a picture of mustard-filled Twinkies on National Mustard Day.

Only the real ones know about these 👀 #Twinkies #PeanutButter #Pickles pic.twitter.com/tyhFxup8qu

Come on fam. The next go-to movie snack?!

This story was originally published by Lisette Lopez on KXXV in Waco, Texas.