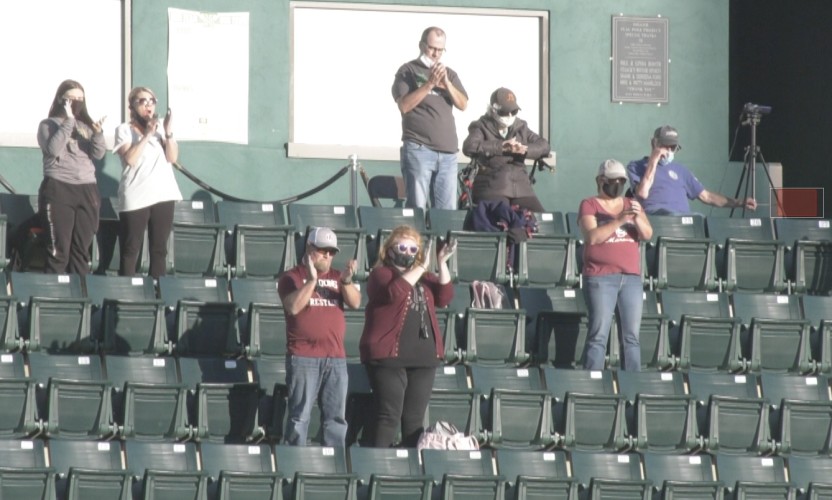 BUTTE - There’s a push in Butte to allow more fans into high school football games, and the blitz is being led by grandparents.

A group of grandparents had a meeting with Palmer Tuesday morning to set up a meeting with the Butte Health Department and school district to encourage them to allow more fans into the games. Current rules only allow two tickets per athlete.

“We want to get in to see why the stadium that seats 5,000 people, they only want 100 people in there,” said Butte resident Bob Worley.

Palmer said his office has received complaints about the spectator limit, noting that it isn’t fair for extended or divorced families of athletes.

“It puts a lot of pressure on the player, the kids that are in school to decide which of their parents gets the two tickets, whether it’s the dad and step or the mom and the stepdad, so it creates a lot of animosity there,” said Palmer.

When Friday night arrives, most spectators are just going to gather outside of Naranche Stadium and watch the game through the bars.

Some think it will be easier to social distance the crowd from inside the stadium. But for many folks in Butte, Friday night football is just too important to miss.