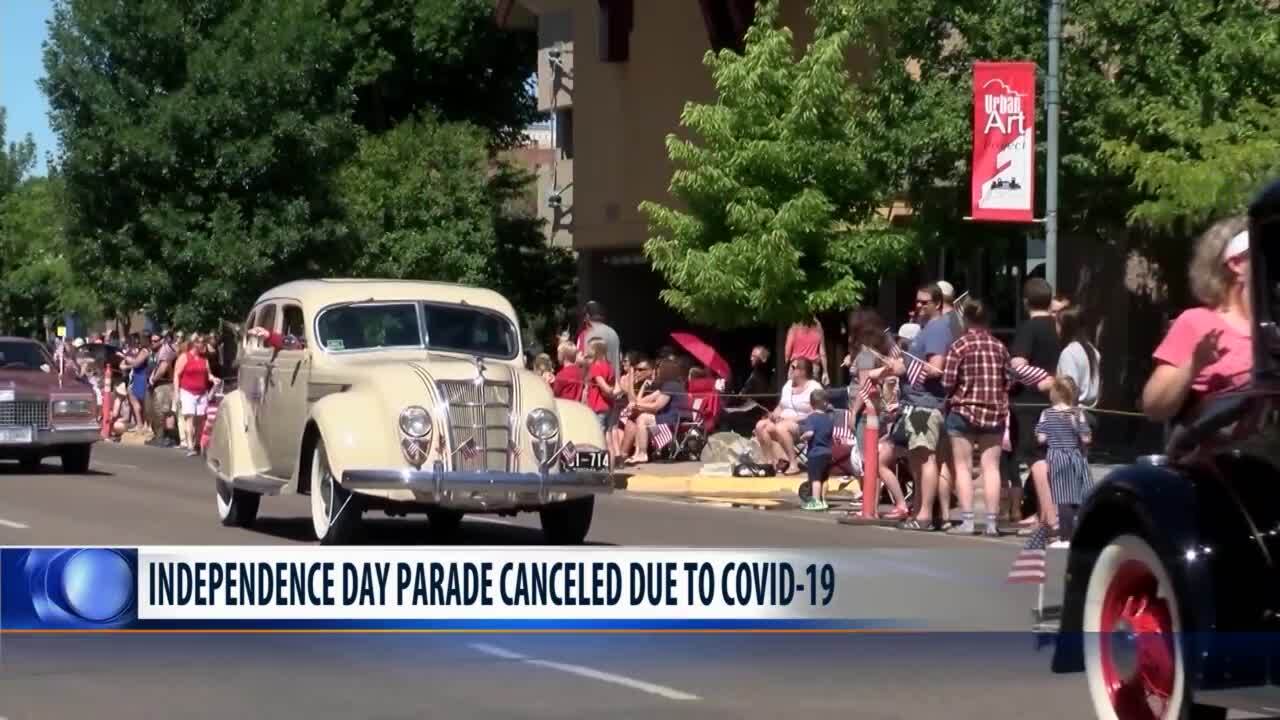 The Independence Day parade scheduled for Saturday in downtown Great Falls has been canceled due to COVID-19 concerns.

Lola Sheldon-Galloway, the parade organizer, said last week that they had planned to incorporate "people pods" and "neutral zones" along the extended 30-block parade route. Each pod area would have been marked off and numbered with highway candles and caution tape to mark designated "do not use" areas.

Sheldon-Galloway said in an email on Tuesday morning that "it is with great reluctance that this year’s 4th of July parade in downtown Great Falls will be cancelled upon request by the Cascade County Health Dept, the Cascade County Commissioners, Center for Disease Control and the Board of Public Health."

She continued, "We as a team have worked hard and outside the box to develop several plans, routes and concerns trying to accommodate everything possible that we could do to keep our community and visitors safe while having a parade. With the rise in number of cases of COVID-19 in our state and county we have been asked to cancel this event this year. Many volunteers had stepped forward and were willing to work many hours to accommodate these requests from the different city, county and state departments to make this parade as safe as possible. I’d like to thank them and the heads of all the departments for their willingness to serve our community on this 150th anniversary of the official declaration of it being a national holiday and our city’s 30th year of a downtown parade."

FIREWORKS SHOW: The annual fireworks show is still scheduled to take place in Great Falls thanks to the People’s Park & Recreation Foundation’s Fireworks Forever Fund, and a donation from Steel Etc. and Jimmy and Debbie Filipowicz. In an effort to limit crowd size, two fireworks shows will be held simultaneously - one at West Bank Park, and one at Centene Stadium. Both displays will begin at 10:30 p.m. At 6:00 am, both West Bank Park and Elks’ Riverside Park will be closed all day to the public to avoid large group gatherings and potential COVID-19 exposure. River Drive between 1st Ave. North and 6th Street will also be closed all day, starting at 6:00 am.

The BECC posted on Facebook: "After many phone calls and meetings and ideas we have come up with a way to still host the parade and keep you all safe!! Thanks to the CCHD for working with us! "Reverse parade" we are still working full details out but a quick summary for you all!! The parade will still be down smelter as usual. It will be "stationary". All floats,cars, bikes and trucks as part of parade will be staged along smelter ave. And people will be able to drive through and see the parade that way. Without having to leave their cars or be in such a large group. I understand that this is not the most ideal way to have a parade but its what we had to do to make it happen!!"

FIREWORKS SAFETY: People discharging fireworks within Great Falls city limits must comply with the fireworks ordinance which will be enforced by police officers and firefighters.

Primary rules and regulations include:

Offenses can be fined as follows: 1st offense - $100, 2nd offense - $200, 3rd offense - $300.Great Falls Fire Rescue provided these safety tips to keep in mind if you plan to discharge fireworks:

The City says that people should consider that not everyone loves fireworks. They ask that you be a good neighbor and be sensitive to others when choosing to discharge them. Fireworks can disrupt those sleeping, scare pets, and can be an issue for veterans. Great Falls Fire Rescue wants the community to enjoy the 4th of July and to remember that fireworks, even when used properly, have the potential to cause fires and accidents. Follow the law, have fun, and be safe!