2019 Helena Firefighter of the Year 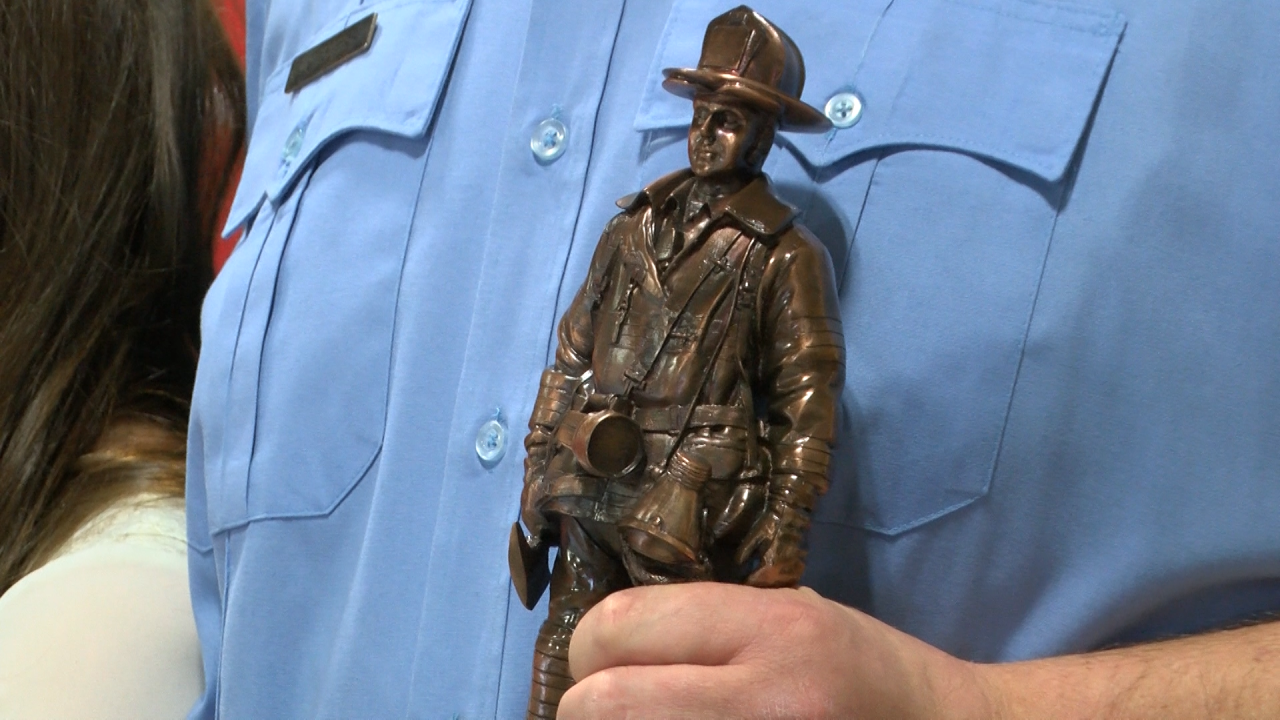 Helena firefighter Brad Patterson was recognized as the Helena Fire Department’s (HFD) 2019 Firefighter of the Year.

The annual award is a partnership between HFD and The Exchange Club of Helena to honor firefighters who go above and beyond in their duties.

Patterson has been with the department for more than seven years.

In addition to his normal duties, he also serves as a self-contained breathing apparatus(SCBA) tech and assists the department with their wildland fire training.

Chief Ken Wood said Patterson’s wildland experience has been a tremendous resource for the department and he always has an upbeat personality.

“Brad is just one of those guys that you just love to be around,” said Wood. “You can’t help but smile when he’s around. He’s always willing to do whatever he’s asked to do. He’s proactive and he looks for ways to help the department and improve himself and the other guys around him. He really is a leader with the Helena Fire Department.”

Patterson says he’s not sure how he was chosen over any of the other great firefighters at HFD.

“I think a guy has got to have a positive attitude, no matter what job you’re doing,” said Patterson. "But like I said, this could have easily went to any of the other guys because they’re a great group of people and I’m just excited to be a part of it.”

Patterson thanks his family for their support, adding that it’s because of them he’s able to do the work of a firefighter.

The Helena Exchange club also presented HFD with a $500 donation and will donate another $500 to Patterson’s charity of choice.