Tracking our next round of snow 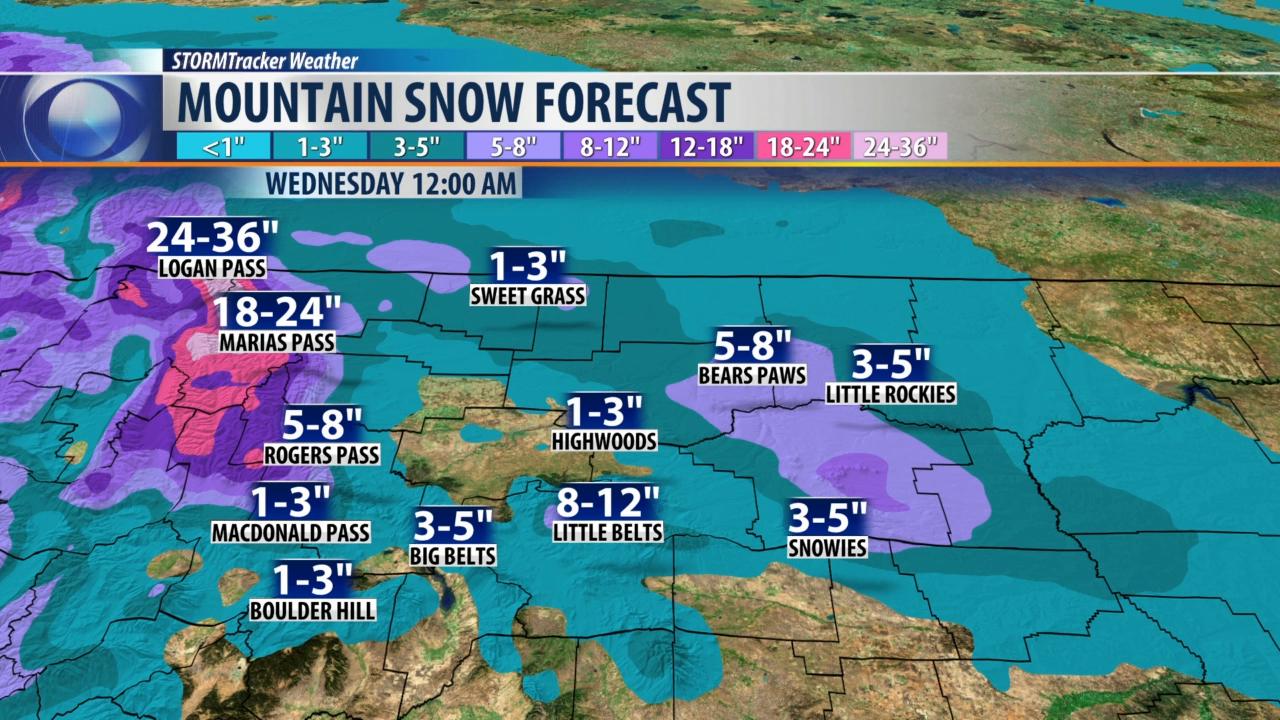 Tracking our next round of snow

We're switching from warm and windy to cold and snowy.

Our next round of snow is already starting to push into Montana, as pacific moisture streams our way.

By Sunday night snow will be falling along and west of the divide.

By Monday afternoon a band of snow will have developed at lower elevations, mainly north and east of Great Falls.

Snow will linger all the way into Tuesday night.

Through that time frame, areas to the north and east of Great Falls, like Havre and Lewistown, will see between 2 and 4 inches of snow, with some spots in between seeing as much as half a foot.

Mountain snow of up to a foot is possible in the Little Belts, and well over a foot near Marias Pass.

See the attached video for a more detailed snow forecast.

Travel will be difficult over the divide by Sunday night, especially with winds still strong in the area.

Great Falls and Helena look to miss out on this snow event, with each getting less than an inch of accumulation.

Highs Monday will be in the mid 30s to around 40 degrees, with winds gusting up to 30 miles per hour.