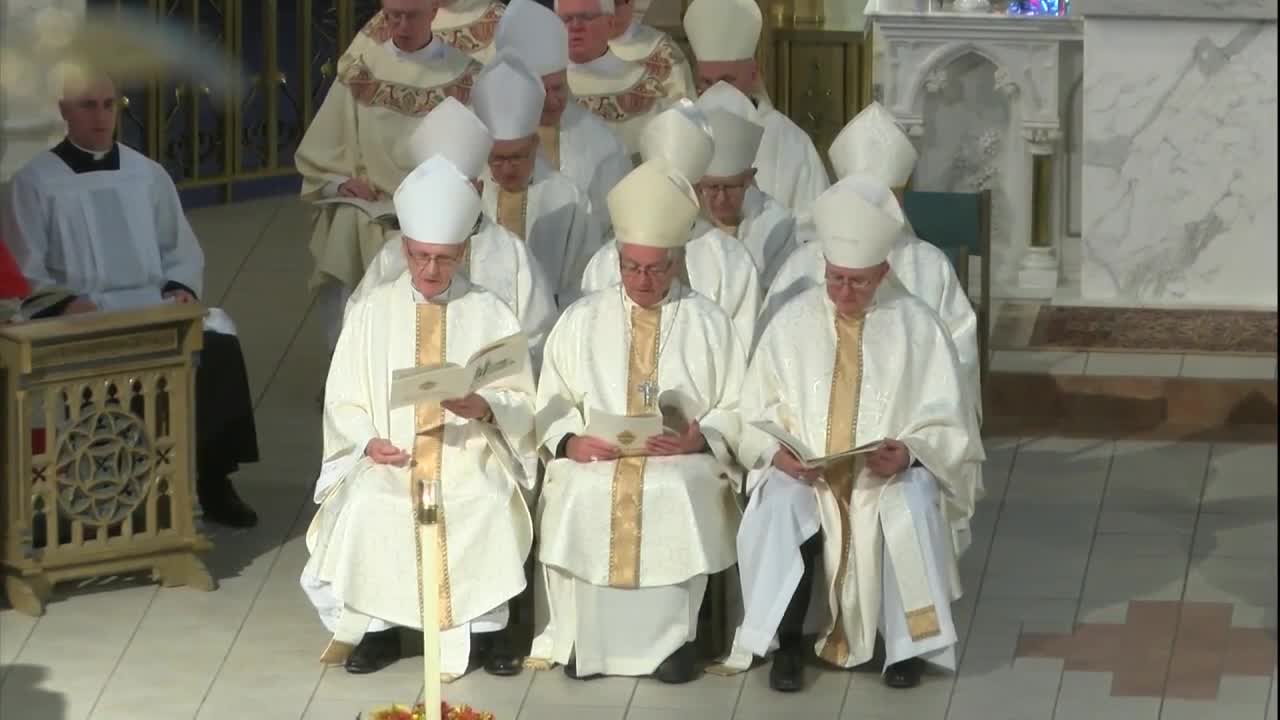 Father Austin Vetter was installed as the 11th Bishop of the Roman Catholic Diocese of Helena in an Ordination Mass Wednesday.

The Ordination Mass for bishop-elect Vetter began at 2:00 p.m. at the century-old Cathedral of St. Helena.

Born in North Dakota, Vetter is the youngest of 12 children. He attended North Dakota State University and Cardinal Muench Seminary in Fargo.

According to a news release from the Diocese of Bismark, before his appointment to bishop in October, he served as rector of the Cathedral of the Holy Spirit and Vice Chairman of the Board of Directors of Light of Christ Catholic Schools in Bismarck.

Once installed, Bishop Vetter will oversee a diocese that covers 51,922 square miles of western and north-central Montana.