HELENA – A court has granted a temporary restraining order against Secretary of State Corey Stapleton in a battle over a vetoed bill.

Governor Steve Bullock vetoed a bill one month ago that changed the definition of “wild bison” in Montana.

Stapleton argued the veto did not count and the bill has since become law.

However, Bullock vetoed the bill within 10 days of receiving it, as required by law. His April 29 veto message states the bison-definition contained in HB132 would threaten bison hunts, and create confusion in bison management. 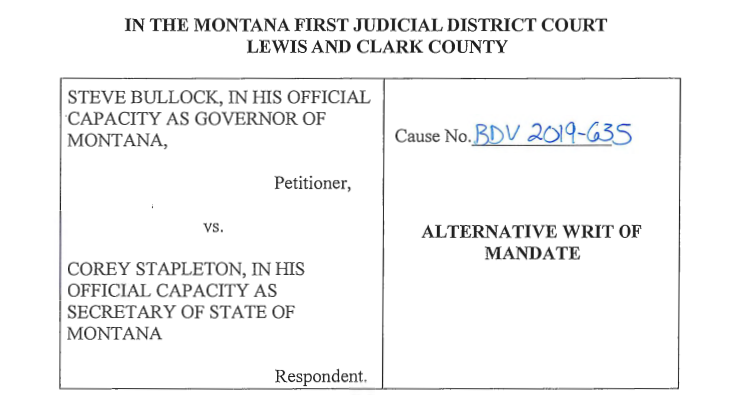 Stapleton asserted the veto notification wasn’t officially returned to his office until well past a 10-day deadline, and therefore the bill is now law.

The temporary restraining order from Judge James Reynolds requires Stapleton to remove HB132 from the Session Laws on file, rescind the assignment of the chapter number, notify the code commission that he has taken the two actions and to circulate the Governor’s veto message to lawmakers within five days.