Why can’t Montana count most votes on election night?

HELENA – Early Wednesday morning after the Nov. 6 election day in Montana, more than 100,000 votes had yet to be counted and reported statewide – almost one-fifth of the votes that had been cast.

Election officials cite multiple reasons for the delay, which meant that many races, including the marquee U.S. Senate contest between Democrat Jon Tester and Republican Matt Rosendale, weren’t called until well into Wednesday morning, or later.

But chief among those is the avalanche of absentee ballots, which now consistently account for more than 70 percent of votes cast in Montana and can be submitted to election offices until polls close at 8 p.m. on election day.

County election officials say a big help in the tabulation process would be allowing them to start counting those absentee ballots before election day, which is the earliest they can start now under state law.

“If people want faster results in Montana elections, then I think the law change would be one of the best things to make that happen,” says Dayna Causby, election administrator for Missoula County. “We live in an instantaneous world, but elections are not instantaneous things. Elections take a lot of work and coordination.”

County election clerks will be presenting a bill to the 2019 Legislature to make that change.

Bret Rutherford, election administrator in Yellowstone County, where 89 percent of its nearly 70,000 voters used absentee ballots this year, says clerks would like to be able to open, unfold and prepare ballots for machine-counting several days in advance and start the counting on the Monday before the election.

In this election, some ballots in Yellowstone County weren’t even opened until early Wednesday morning after election day, he says.

“It’s just silly that we can’t unfold that paper in advance,” he told MTN News.

Secretary of State Corey Stapleton, the state’s chief election officer, told MTN News he wants to consider ways Montana could complete most of its vote-counting by election night.

But he said he’s concerned that if absentee ballots are counted early, information on vote totals could leak out before election day. 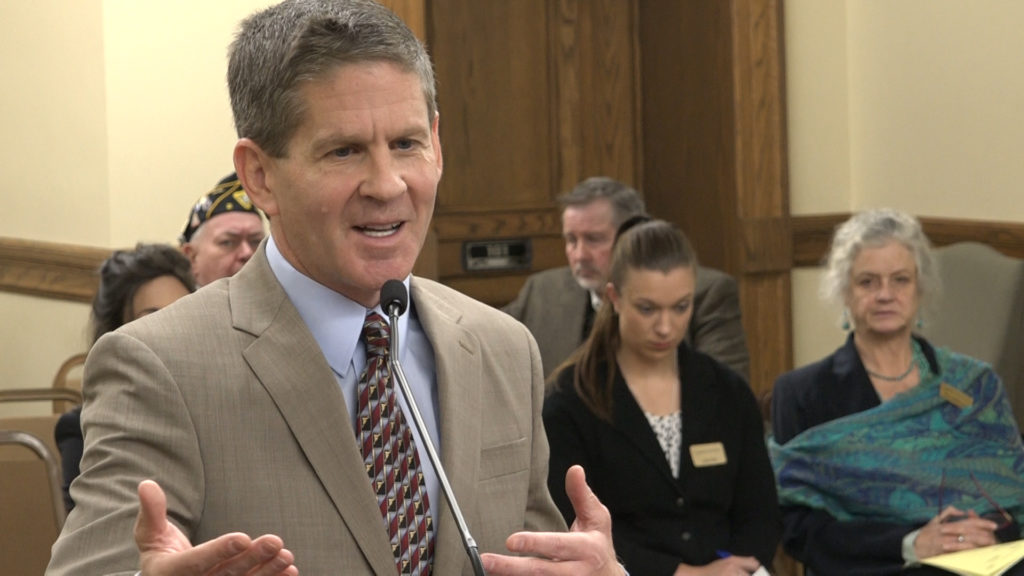 “My experience is that there are no secrets in the election system,” Stapleton said this week. “If Montanans knew on Monday before the election who was leading in a major election, I think that would compromise the entire election process.”

Paulette DeHart, Lewis and Clark County treasurer/clerk and recorder, told MTN News that vote-counting machines can process ballots but won’t spit out the totals until someone commands them to do so.

Across Montana, the methods and schedule for counting votes varies widely from county to county, which are the entities that largely run elections.

Some counties have vote-counting machines at polling places, some count all ballots with a large machine at a central office, and a few still hand-count ballots.

While state law says absentee ballots can be opened on the Monday before election day and counted starting on election day, some counties don’t follow that protocol, and may not open those ballots until later.

Counties also have some discretion on when they can release and post vote totals.

For example, on Nov. 6 this year, Yellowstone, Missoula and Lewis and Clark counties released some absentee-ballot totals not long after the 8 p.m. poll closure.

But in Gallatin County, where people were still voting at 11 p.m., results weren’t posted until everyone had cast their votes.

“You’re not supposed to release any results until the polling place is closed,” says Charlotte Mills, Gallatin County clerk and recorder. “You’ve still got people in line trying to vote. … People could see how the votes are going.”

The late votes in Gallatin County occurred because more than 1,000 people there registered on election day. In Montana, if you get in the election-office line by 8 p.m. on election day, you can register and vote – but it took three hours to process everyone in line in Bozeman.

Stapleton said getting rid of election-day registration would help to speed the vote-counting, but that he doubts the Legislature would approve that change. He said he would prefer stopping registration on the Friday before the election.

He also said he’s reluctant to try to impose any sort of statewide deadlines for vote-counting or posting vote totals, because counties may not be able to, or want to, comply.

“It really is a partnership, because we don’t have the ability to make them do (anything),” Stapleton said. “They need the flexibility to not be painted into a corner.”

Stephanie Verhasselt, the Richland County clerk and recorder and president of the Montana Association of Clerks and Recorders and Election Administrators, says she understands that the public would like to see election results as soon as possible.

But she says every county faces unique circumstances, with equipment, staff and timelines, and are striving to do things well.

“All of them get the results to the public as quickly and efficiently as they can,” she told MTN News. “And I think that’s all they should be asked to do. In Montana, I believe everybody takes the election process very seriously and they all give you 120 percent.”