The game sold out in record time this year. Lottery officials say all 150,000 tickets were sold by December 5th. That is the earliest date in the game’s 12-year history.

Jennifer McKee, Montana Lottery communications director, said, “We wanted to create a big winner every year so no matter what was happening in Powerball, what’s happening in Mega Millions, somebody in Montana is going to be a millionaire, and it works exactly how we designed it. We make a millionaire every year and it’s really really fun.”

We will update you when the grand prize winner comes forward. 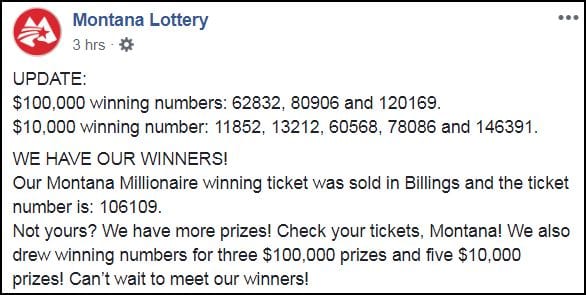