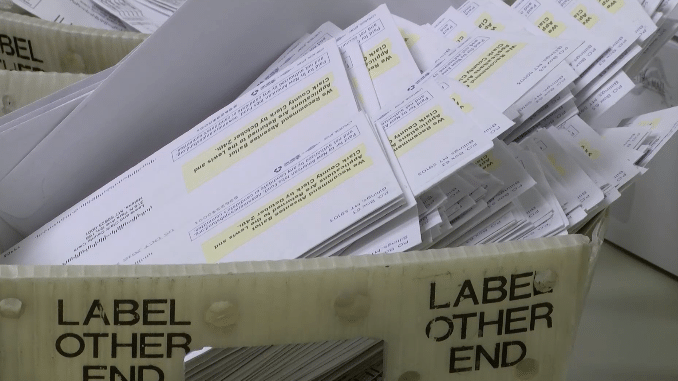 The Lewis and Clark County Elections Office said a third-party mailer recently sent out to Montana residents has created confusion among some voters.

The mailer was sent out by the New American Jobs Fund, which is a partnership between the League of Conservation Voters and United Steel Workers.

Included in the envelope is a partially filled out absentee ballot registration form.

County elections officials said the mailer prompted hundreds of calls from voters, many who have already signed up to receive an absentee ballot and were concerned about their voter registration.

Elections supervisor Audrey McCue wants the public to be reassured that nothing can be changed or altered without the voter’s signature.

McCue added people can register for an absentee ballot through their election office until November 5.

The mailers went out to 90,000 Montanans across the state.

All of the information filled out on these forms comes from the Secretary of State’s public voter file.

If a person has any questions about their voter status, they are encouraged to reach out to your local elections office.

People can also check their status a My Voter Page.

As of October 9, New American Jobs Fund has spent $850,000 in Montana for this election cycle.