2 people injured in crash near Cascade along I-15

A two-vehicle crash on I-15 on Friday morning resulted in two men being taken to Benefis Health System in Great Falls.

The crash happened at about 6 a.m. about two miles north of Cascade in the northbound lane of I-15.

The crash involved two pickup trucks, one white and the other red.

The male driver of the red truck was northbound on I-15 heading to work.

The Montana Highway Patrol said that the older male driver of the white truck was driving south in the northbound lane, and the trucks collided.

Both drivers sustained broken and fractured limbs, among other injuries.

According to the Montana Highway Patrol, neither man was wearing a seatbelt; they are not yet sure if either driver was driving under the influence.

The northbound lane of I-15 was closed for about an hour as emergency crews worked to clear the scene.

We do not yet know if any citations will be issued, or charges filed. 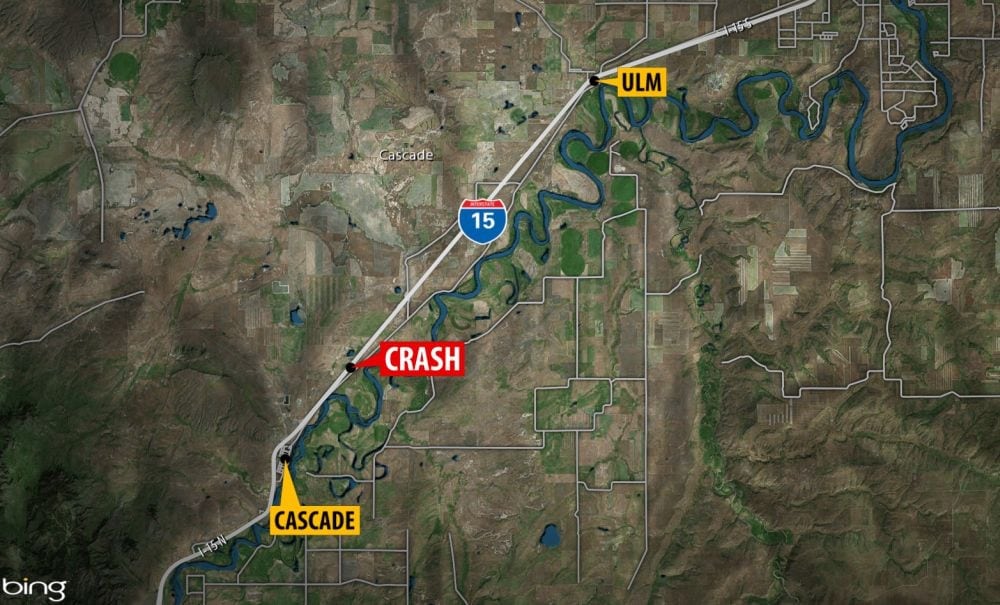