St. Peter's Health: 'We are in crisis standards of care' 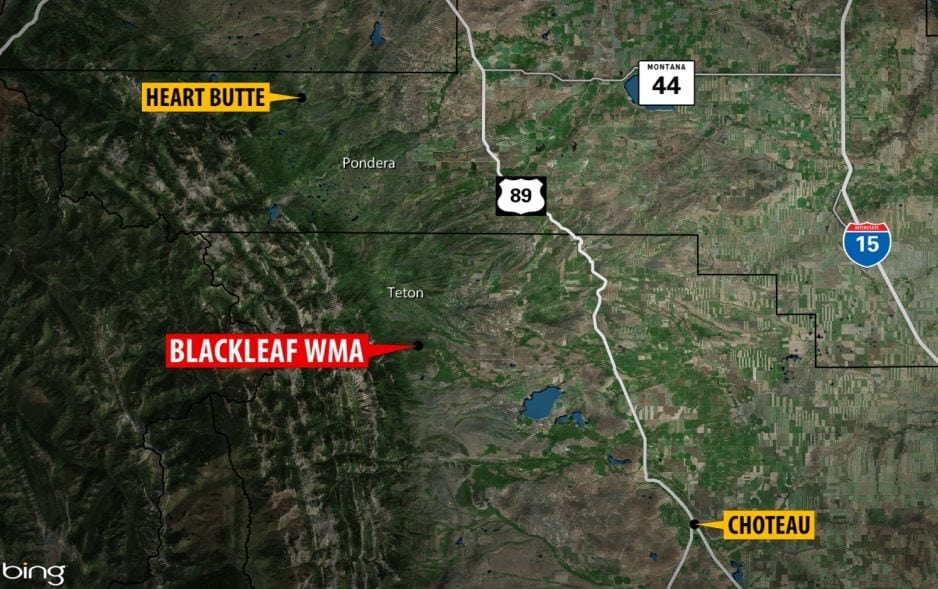 Montana Fish, Wildlife, and Parks announced on Thursday morning that an archery hunter in the Blackleaf Wildlife Management Area killed a sow grizzly bear and wounded what is presumed to be her subadult cub on Wednesday morning.

The cub was later found and euthanized due to the severity of its injuries.

The Blackleaf WMA is about 50 miles northwest of Choteau, and about 15 miles west of Bynum.

According to FWP, the hunter was in thick brush along a creek bottom when he encountered the sow, which he shot and killed with a pistol. He also shot and wounded the 2-year-old cub. A second cub was in the area but not shot.

The incident is being investigated by FWP and the U.S. Fish & Wildlife Service.

FWP is also working to notify other hunters in the area to encourage them to be cautious.

This area is used by many grizzly and black bears during this time of year as they forage for food to gain weight for winter hibernation. This coincides with archery season in Montana and can often lead to bears and hunters being in close proximity to each other.

Hunters should always use caution in grizzly bear country, which is anywhere in the western half of the state.

Hunters should hunt with a partner, let people know where they are going, have bear spray with them and be ready to use it, and be on the look out for bear sign in the areas they’re hunting.