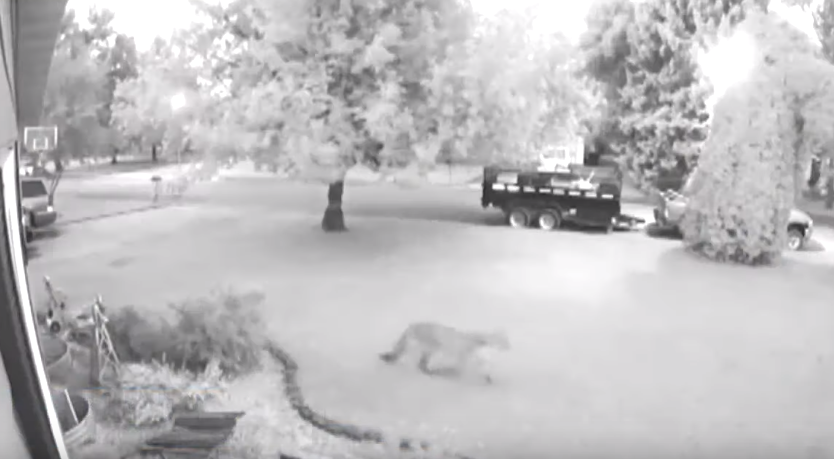 BILLINGS – It’s something you might expect to see in the wild, but not in the middle of Billings. Neighbors on Mariposa Lane, just south of Rocky Mountain College, were surprised to see a mountain lion captured on surveillance video this week.

Brandon Bertrand said a neighbor noticed the lion strolling through the neighborhood in surveillance video and asked him to check to see if his camera had also picked up a shot of the cat.  He was surprised at what he saw.

“About 5:15 Monday morning, I looked and I’m like, ‘Holy crap, what is this?’ And about 5:15, across my front yard, here I see this big cat and sure enough, it’s a mountain lion,” said Bertrand.

The mountain lion was captured by neighbors by video for three consecutive days — something Bertrand never thought he’d see in this neighborhood.

“I’ve seen turkeys. I’ve seen deer through my yard. I’ve had turkeys on my roof before, but never a mountain lion,” he said.

Bertrand thinks the big cat may have caught the scent of the chickens that both he and his neighbor keep, but there are also a lot of rabbits roaming the neighborhood.

Last week, Montana State University Billings put out a warning after a mountain lion was spotted near campus.