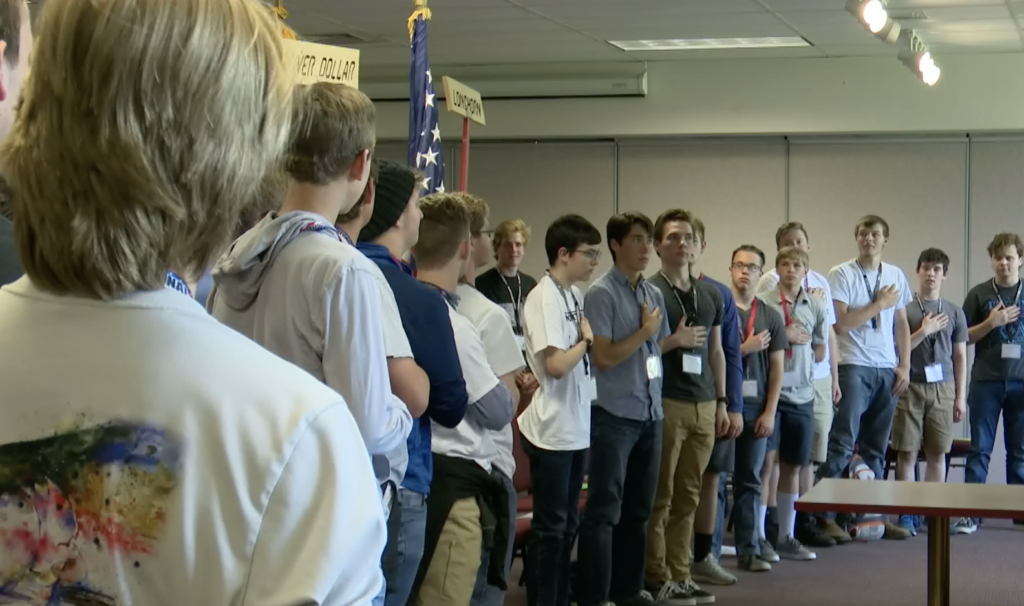 Almost 100 high schoolers from around Montana are gathering in Helena this week to get a better idea of how their government works.

The students are the 2019 delegates for the annual Montana American Legion Boys State program. They will spend six days at Carroll College, simulating every level of government in the state.

The delegates bring a wide variety of backgrounds.

“It’s great to see kids from Missoula big schools and Billings big schools interact with kids from smaller schools like Simms and across the northern part of Montana,” said Greg Pohle, the director of Montana Boys State.

The students are organized into mock cities, counties and a state. Each level of government is organized the same way as its real-life counterpart. Delegates campaign, hold elections and take on the leadership roles in those governments – from city councilman to state governor.

While these are just simulated governments, they can still touch on some serious issues. Pohle said he’s impressed with the students’ political knowledge.

“I think the kids come in very prepared,” he said. “They’re very knowledgeable, they’re a lot smarter than my generation was when we came in. I know that they have a lot of potential to become great leaders.”

“I think what I’m looking forward to is just meeting a bunch of new people and having a new experience,” said Dylan Smith, of Anaconda High School. “I’ve never really been in a situation like this, with kids from around the state.”

“Meeting new people from around the state, and then also just kind of learning the functionality of government – a little bit more about how the intricate details of it work out,” said Tyler Vannatta, from Billings West High School.

This is the 73rd year the American Legion has run the Boys State program in Montana. It was created as a practical way to teach students about the rights, privileges, duties and responsibilities of being an active citizen. Today, 49 states operate Boys State programs, and about 20,000 students take part each year.

Many former Montana delegates have gone on to become prominent political or business leaders in the state, including Gov. Steve Bullock, U.S. Sen. Steve Daines and former U.S. Rep. and Secretary of the Interior Ryan Zinke. Some of those men have returned to speak to the new classes.

Leaders hope the program can not only teach students about government, but help them build connections with people who have very different backgrounds and views to their own.

“By the end of the week what we like to see them do is kind of come together as a group, and talk about different political ideas, different civic ideas, and then come out of it with definitely more tools than they had when they came in,” said Pohle.

Boys State will run through Friday. After that, starting next Sunday, high school girls will come to Helena for the annual Girls State program.