(UPDATE, 12:20 p.m.) The Missing/Endangered Person Advisory for Nakota Earth Boy has been canceled. He has been located.

(9:26 a.m.) The Montana Department of Justice has issued a Missing/Endangered Person Advisory for a 15-year-old boy from Crow Agency.

Nakota Earth Boy is believed to be an endangered runaway and has been reported to be depressed and suicidal, according to the advisory.

He is described as an American Indian male, 6-feet, 1-inch tall, 230 pounds, with black eyes and long black hair. He was last seen wearing a black sweatshirt, gray sweatpants and glasses. 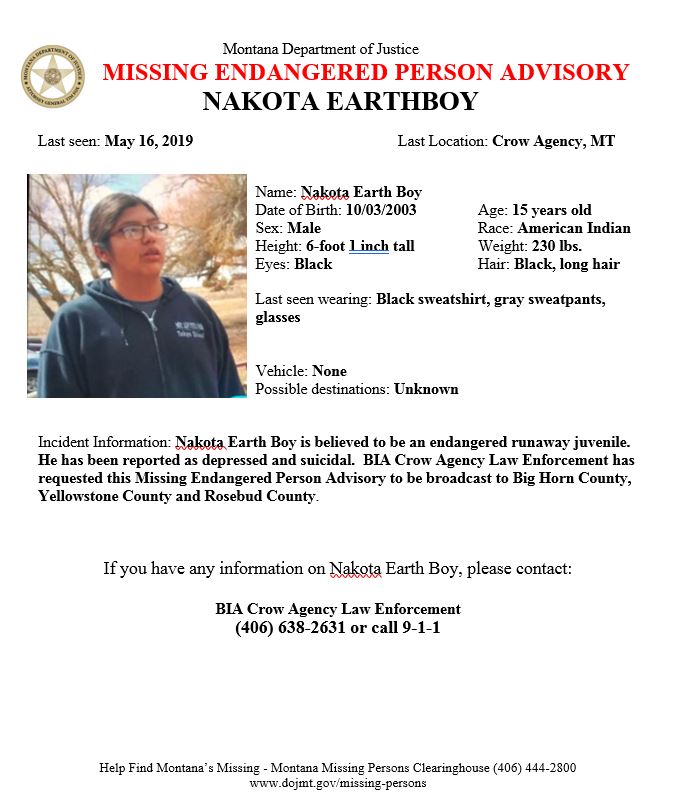