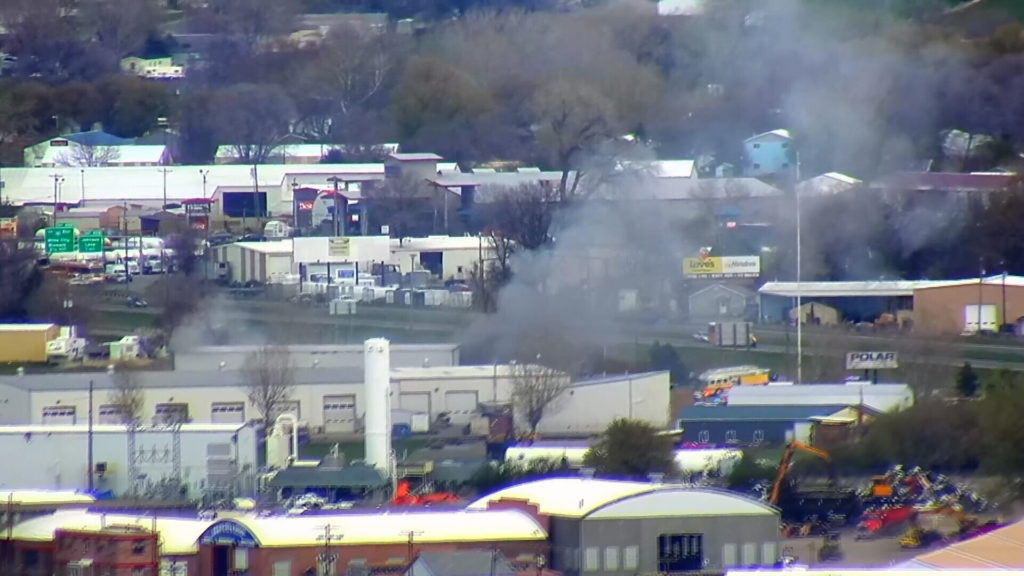 “There was an attempt to remove some fuel so they could clean the tanks,” said Lockwood Fire Chief John Staley. “We’re going to assume, at this point we can’t confirm it yet, either one of the motors from the pump or something inside, maybe static, ignited the vapors from the gasoline and we had an explosion.”

Staley said both men have been transported to the University of Utah Burn Center in Salt Lake City.

“They both received burns,” said Staley. “One is a little more extensive than the other. We believe their ages to be 41 and 23.”

The Billings Fire Department’s Regional Hazmat Team found safe levels in the air and still had to determine what chemicals were in the building.

“Because of the types of products they use in there, these tankers carry everything from hazardous materials to fuels and so on,” Staley said. “We had to call the Billings Regional Hazmat team to determine what those products were, how they affect the environment, whether we could put water on them, whether they’re safe for the people in the community of Lockwood. So that becomes a secondary part after the rescue’s done and the fire is put out.”

Staley was also concerned about the contaminated water, but Polar has a collection tank that keeps it off the land.

Firefighters remained on scene until a little before 7 p.m.

Polar Service Centers is based in Houston, Texas, and operates a national network of tank repair and service shops.

LOCKWOOD – First responders are at the scene of a reported fire at a Billings-area industrial site Wednesday afternoon.

Lockwood firefighters said two people appeared to be injured at a tank wash alongside Polar Service Centers, which is a truck tank and service shop at 1635 N. Frontage Road.

Polar Service Centers is based in Houston, Texas and operates a national network of tank repair and service shops.