Semi crash causes full traffic blockage on I-15 near Clancy 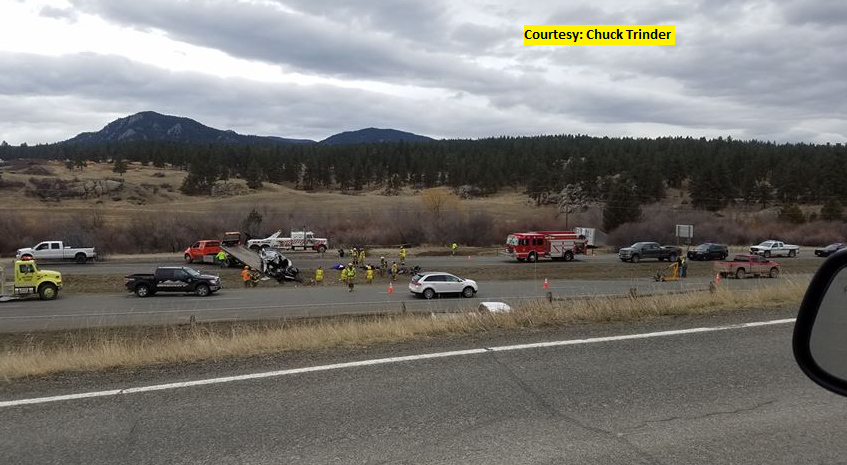 (UPDATE, 7:00 P.M) –Two men were taken to the hospital – one in critical condition – after a semi-truck crashed head-on into an SUV Saturday afternoon on Interstate 15 in Jefferson County.

It happened around 12:45 p.m., between Montana City and Clancy. Montana Highway Patrol Trooper Brandon Uhl said the semi was going north when it crossed into the opposing lanes and hit a Toyota 4Runner.

The SUV ended up lying on its driver’s side. Montana City Volunteer Fire Department Chief Rick Abraham said the driver was trapped and had to be rescued. He was taken to St. Peter’s Health in Helena in critical condition.

The semi driver was also taken to St. Peter’s, with non-life-threatening injuries. His truck went off the road and ended up between the pavement and Prickly Pear Creek.

The crash blocked southbound lanes on I-15 for several hours. Uhl said drivers going south were redirected onto the frontage road through about 4 p.m.

Troopers are still investigating the cause of the crash. Uhl said both drivers were wearing seat belts. It is not known yet whether alcohol or drugs played a role.

(UPDATE, 5:30 P.M) – MTN News has learned that lanes both lanes of I-15 reopened. The south bound lane was closed for several hours.

The driver of the semi sustained non-life-threatening injuries, while the individual operating the SUV involved in the crash is in critical condition at St. Peter’s Health in Helena.

CLANCY – A Saturday afternoon vehicular crash on Interstate 15 caused a full traffic blockage near mile marker 183, according to the Montana Department of Transportation (MDT).

An incident occurring around 1:28 p.m., involving a collision between a semi and SUV, resulted in “full blockage on the south bound lane,” initial reports detailed.

Passersby told MTN News the semi truck landed in Prickly Pear Creek, and that both vehicles appear in “poor shape.”

MDT advised to expect traffic delays, and that “traffic is being diverted onto Frontage Road at Montana City.”

The Montana Highway Patrol is currently on the scene of the crash.

This is a developing story, and MTN News will provide updates as they become available. 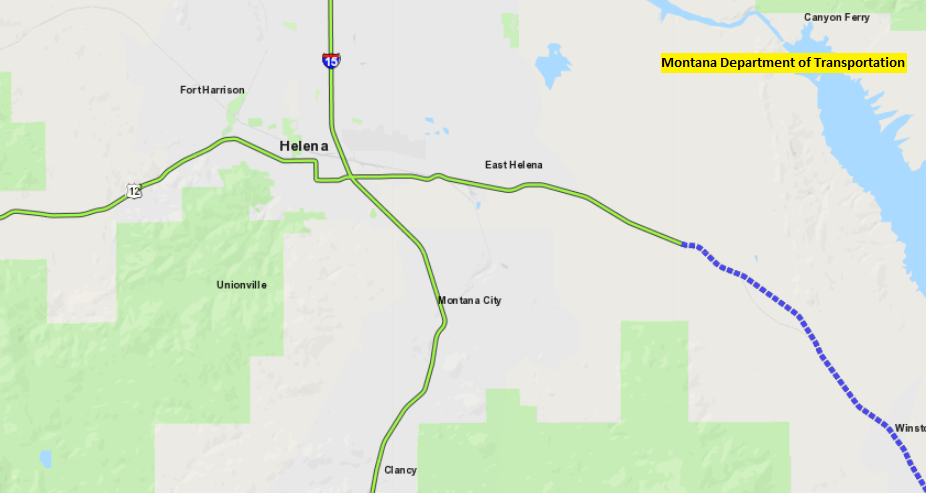