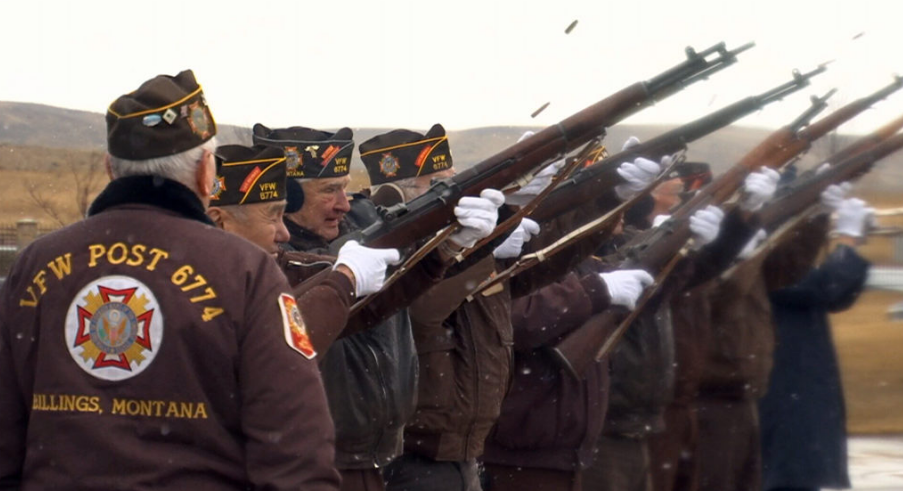 LAUREL – The nation honored its Vietnam veterans in Laurel on Friday.

Don Kendall, a Vietnam War veteran from Billings and the keynote speaker, reflected on the personal healing Friday’s ceremony brought him and others.

“A lot of us didn’t get a good reception when we came home, and (we) kind of stayed out of sight for 20 years. And now, several of us are getting active in things like the VFW and being thanked for our service for a change,” Kendall said.

President Obama launched the recognition program in 2012. In 2017, President Trump declared March 29 as an annual observance of Vietnam veterans through the year 2025, the 50th anniversary of the end of the Vietnam War.

In his 2017 proclamation, President Trump declared that “we will honor all those who answered our nation’s call to duty. We vow to never again confuse personal disapproval of war with prejudice against those who honorably wear the uniform of our Armed Forces.”

Organizers say many Vietnam veterans were treated poorly and marginalized upon their return from the war. The Laurel event served as a formal ‘thank you’ to them, as well as a reminder to the community to honor and respect our veterans, they add.

The ceremony also included the presentation of the Vietnam veteran lapel pin to each attending veteran who served on active duty in the U.S. Armed Forces between 1955 and 1975, which is considered to be the Vietnam War era.