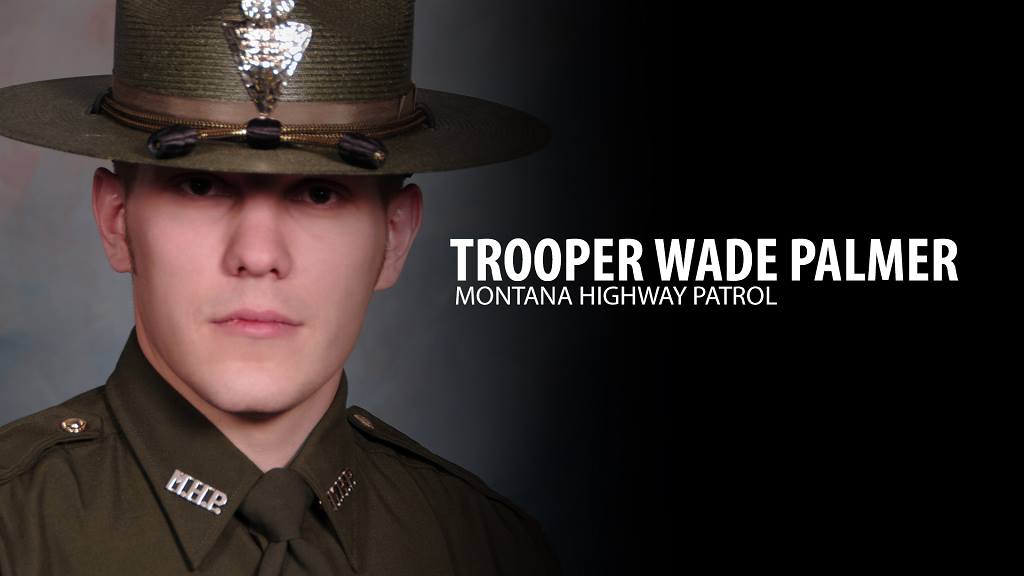 Trooper Palmer was originally taken to St. Patrick Hospital in Missoula before being flown to Salt Lake City.

When the Utah Highway Patrol heard Trooper Palmer was on his way, they did not hesitate to step in to help his family.

The University of Utah Police were quick to come and show support while West Valley Police guarded the operating room.

Meanwhile, the South Salt Lake Police Department, which just lost one of its own, also rushed to stand watch outside the hospital.

“We’re here to help that. You know we’ve reached out to make sure that they have rooms and places to stay,” said Utah Highway Patrol Sergeant Nick Street. “Any time they are hungry, you know, we can run off and get food. And just make sure we can make this as — you know, so they can focus on the one thing they want to focus on.”

Trooper Palmer was still being treated Monday morning as the investigation into his shooting — and the related shootings in Missoula — continue.

(March 15, 2019) One of the victims injured in a series of shootings Thursday night and Friday morning has died, according to the Missoula County Sheriff’s Office.

The Missoula Police Department received the initial call about reports of gunfire with three people shot near the Stone Creek Lodge at Expressway in Missoula shortly before 11 p.m. Thursday.

According to MCSO, a male victim, identified as Shelley Hayes died from his injuries. Julie and Casey Blanchard were also injured in the attack.

Bertsch, the suspect, fled the scene and led multiple agencies on a seven-hour manhunt along U.S. Highway 93 North.

Missoula units set up a perimeter and warned area residents to lock their doors as a suspect was at large.

Within moments, a second shooting was reported near the Evaro Bar and Casino where Montana Highway Patrol Trooper Wade Palmer located a vehicle matching the description.

Trooper Alex Hiday was the next officer on scene. Hiday found Palmer shot and still seat-belted in his patrol car. The suspect had fled the scene, according to the MHP.

Hiday and a Missoula Police Department officer transported Palmer to an ambulance at the intersection of Highway 93 and Interstate 90. He was taken to St. Patrick Hospital in Missoula, but has since been airlifted to Salt Lake City.

After an extensive manhunt, at approximately 6:15 a.m. the Missoula County Sheriff’s Office took Bertsch into custody without incident.

The Montana Department of Justice has taken over the investigation involving Trooper Palmer while the Missoula Police Department is investigating the shootings near Expressway.