UPDATE: Montana defeated Tennessee 148 over 145 in a close game.

One player from Tenn. stated that Montana “came outta nowhere!”

“Lethal” Lizzie Miller, of Billings, was awarded the MVP.

“I can’t even put it into words,” she said, “nobody even knew there was derby in Montana. Now they know!” 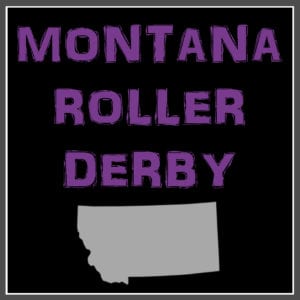 BILLINGS- Team Montana Roller Derby attended the Battle of the All Stars Tournament in Philadelphia this weekend.

Team Montana is comprised of skaters, coaches and volunteers throughout the state of Montana.

It is a non-profit organization striving to give back to communities  throughout the state of Montana with donations and volunteered time.

“We operate with high standards of integrity,  sportsmanship, and ethics to create a team eager to compete at high level roller derby,” said Austin Heil, coach for the Billings Magic City Rollers.

Team Montana was created about a year ago with the hope of playing high level roller derby around the country. Skaters from all over the state spend many hours traveling in order to practice with each other.

“We are so excited to be able to compete against other states’ All Star teams, and happen to have one of the biggest upsets in the tournament being the 14th seed and beating the 6th seed Team Virginia in our second game. In our first game we succeeded in beating Team Ohio seeded at number 10. This experience  has allowed many of us to compete against our long time idols!”

The final game will be Sunday, 12 p.m. against Tennessee for 7th place in the tournament.

The roster is as follows:

Sara Murgel- She Hates Me