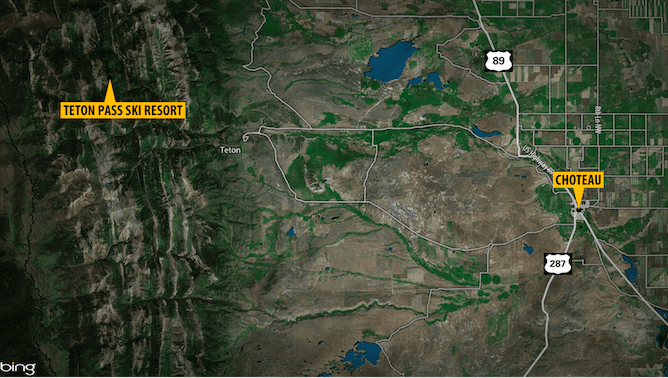 The Choteau Acantha reported that VanSetten said searchers recovered the victim, who succumbed to injuries sustained in the avalanche in the Helena-Lewis and Clark National Forest.

VanSetten said Saturday night that he would not release the name of the snowmobiler until all family members had been notified.

Teton County Search and Rescue Cmdr. Ben Rhodes said more than 30 people responded to the Teton Pass area to aid in the search after the emergency call came in at about 4:11 p.m., according to the Choteau Acantha.

Rhodes added many individuals from Choteau and the surrounding area responded with offers of snowmobiles to aid in the search.

The Choteau Acantha reported Rhodes and VanSetten said after the search concluded that they had done everything possible to try to rescue the snowmobiler.

(January 5, 2019) The Teton County Sheriff’s Office has confirmed that one person was recovered in an avalanche.

The avalanche occurred Saturday evening west of Choteau in the Teton Pass area.

One individual was recovered, however, the Sheriff’s Office declined to comment on that person’s condition.

Mercy Flight was called and 50 search and rescue personnel responded including fire crews from Choteau and Fairfield, Teton County deputies, and Forest Service law enforcement. About 15 volunteers were on standby, according to the Teton County Sheriff’s Office.

The name of the person involved has not yet been released. We will update you with more information.