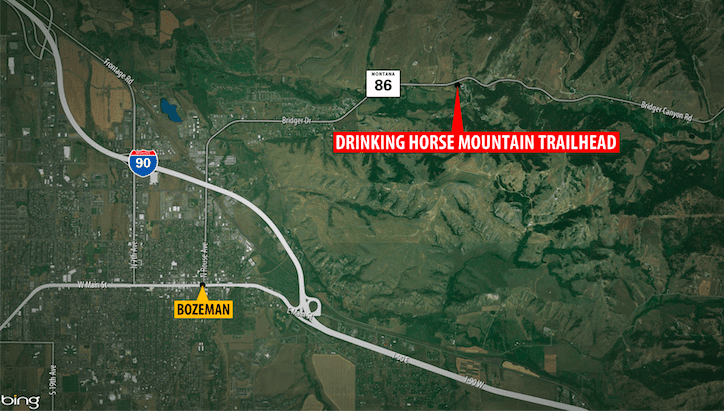 GALLATIN COUNTY – A man hiking on Drinking Horse Trail was rescued after slipping and falling about 30 feet, according to the Gallatin County Sheriff’s Office.

According to a Sheriff’s Office media release, rescuers responded to a backcountry incident around 10:30 a.m. on Saturday.

A 32-year-old man was hiking with his wife and dog when he slipped off a steep, icy section of trail and fell, injuring his head and losing consciousness.

Following a 911 call from the man’s wife, rescuers hiked to him and provided medical care, including treatment for hypothermia.

Rescuers had to use a rope to bring the man back up to the trail due to the steep terrain, and he was transported to the hospital via ambulance.

Sheriff’s Search and Rescue, Bridger Canyon Fire Department, and an American Medical Response ambulance responded and participated in the rescue.

Sheriff Brian Gootkin said in the media release that people hiking in the backcountry in winter need to always be prepared.

“Even a short excursion can turn into a prolonged event when the unexpected happens. Carry enough clothing and survival equipment, including a means of communication and fire building materials, to spend the night in the outdoors if you have to,” Sheriff Gootkin said.