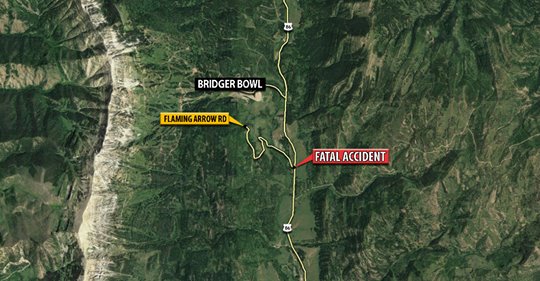 According to Montana Highway Patrol Trooper Tyler Brant, the incident occurred around 7:55 p.m. at mile marker 15 near Flaming Arrow Road.

Brant said a man driving a white Chevrolet pickup south on Bridger Canyon crossed the center line and crashed into a woman driving north in a silver Dodge pickup. There were no passengers in either truck.

The woman in the northbound truck was wearing her seatbelt; the man driving the white truck was not wearing a seatbelt. Both were pronounced dead at the scene.

Trooper Brant said alcohol is suspected as a factor in the crash.

The names of those involved have not yet been released.