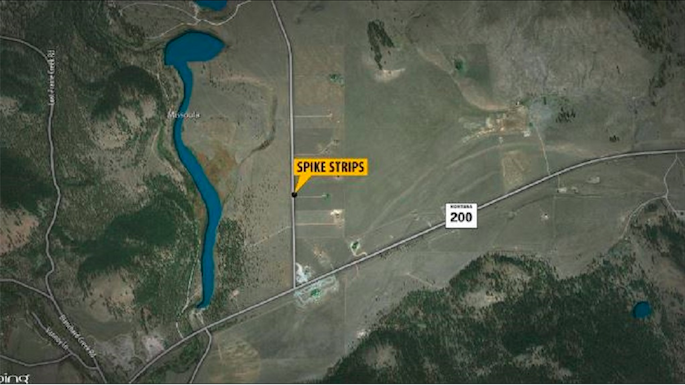 MISSOULA – Two people were arrested after leading law enforcement on a high-speed chase for roughly 30 miles along Montana Highway 200 on Saturday.

The vehicle did not stop and a pursuit began on Highway 200 with speeds reaching 95 miles per hour. The vehicle also swerved into oncoming traffic.

Other vehicles were damaged and authorities worked to protect people on the road. The vehicle eventually hit spikes and stopped on Montana Highway 83 near mile marker 1.

Five people were in the car and two were taken into custody. Their names have not yet been released.