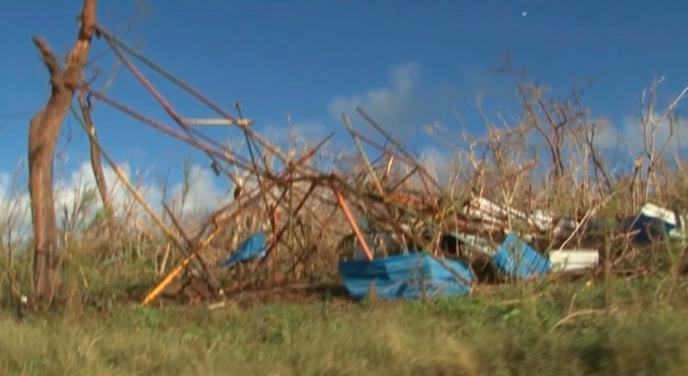 It’s been more than a month since the Super Typhoon Yutu hit the U.S. Commonwealth of the Northern Mariana Islands.

With winds of more than 180 miles per hour, Yutu hit Saipan and Tinian on October 25. More than 50,000 people have been affected.

An American Red Cross worker from Montana has been on the islands and said some of the roads are back.

Abbra Firman, an eastern Montana disaster program manager for the American Red Cross, was amazed by the perseverance and strength of the people she’s helping.

“The people of Saipan are phenomenal,” Firman said. “They’ve got such resiliency. And the generosity of spirit and volunteerism that’s been seen on the islands is inspiring. Really amazing to watch the resiliency and the spirit of family that Saipan and Tinian have.”

She added they like being in a U.S. Commonwealth.

“There’s a lot of pride in being citizens and part of the U.S.,” she said. “It’s been really, really fabulous to be a part of the response.”