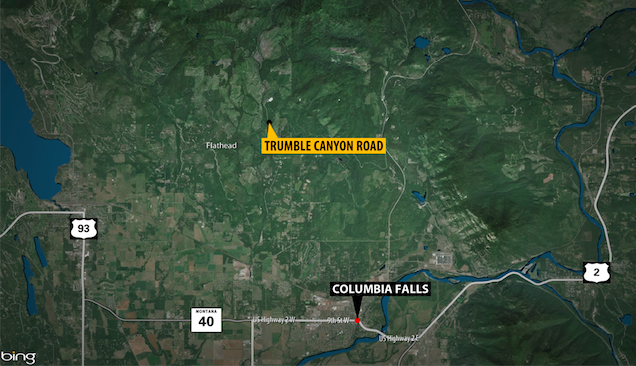 A Whitefish man is in stable condition after being attacked by a bear west of Columbia Falls Sunday.

At around 9:25 a.m., the Flathead 911 Center received a report of a bear attack just off Trumble Canyon Road northwest of Columbia Falls.

Two males had reportedly been hunting when one of the males was attacked.

The victim, a 36-year-old Whitefish man, was hoisted from the scene by Two Bear Air and delivered to the A.L.E.R.T. helicopter.

He was flown to Kalisepll Regional Medical Center where he is listed in stable condition.

They are on scene at this time and we hope to have more information when it becomes available.