Police investigate reports of livestock deaths near Butte and Galen 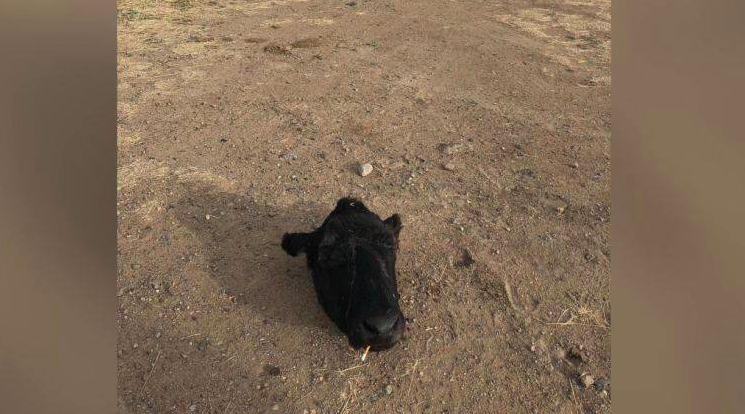 GALEN – Police in Anaconda and Butte received two reports over the weekend of livestock being killed.

The cow’s owner, Darrell Rogers, said it was disrespectful to find the cow like this.

“About as devaluing and degrading as you can possibly be,” Rogers said.

The rancher has about 100 head of cattle and said the incident will hurt him economically because the three-year-old cow was used for calving.

“It’s an expensive game for somebody when you’re taking away from my livelihood and taking food from my family’s mouth,” Rogers said.

Butte-Silver Bow police are also investigating the shooting of five goats at a ranch off Brown’s Gulch Road.

“We’ve had five goats shot in the area with a small caliber weapon; we’re hoping people in the area have some information or maybe have some video that may be useful to us to see what type of vehicle these people may be in,” said Butte Undersheriff George Skuletich.

Rogers said ranchers like himself see this type of crime happen more often in recent years.

“Just in the last few days it’s been a horse being shot, the five goats being shot, windows being busted out of a brand new excavator right here, my two cows, it’s like you got to now sleep and stay up all night to protect your property. Life shouldn’t be that way,” Rogers said.

Anyone with information on these incidents are asked to contact the police.

WARNING: Some of the images in this video are graphic.